The majority of people seem to respond positively to audio visualizers, and while it’s a shame that Apple doesn’t provide one for iOS out of the box, jailbreak tweaks like Mitsuha Infinity (or the newer Mitsuha Forever) can bring this feature to pwned handsets that are no longer under the tech giant’s sole control.

But say you don’t like Mitsuha’s Siri-like waveform visualizer; what other options do you have? We’re glad you asked, because a newly released jailbreak tweak dubbed Circuliser by iOS developer squ1dd13 offers a circular audio visualizer alternative that some users may find a bit more aesthetically pleasing.

As shown in the screenshot examples above, Circuliser incorporates a circular audio visualizer into the center of the Lock screen’s native Now Playing widget. As for how it animates, you’ll notice the mountainous ranges around the edges of the circle itself, which respond to the sound of the music; these are known as the attack and the decay.

Here’s an animated GIF to give you a better idea how Circuliser looks while in motion:

Just like other audio visualizer tweaks, Circuliser is fully configurable. The tweak adds a suite of options to the Settings app where you can configure aesthetics and behavior to suit your personal preference: 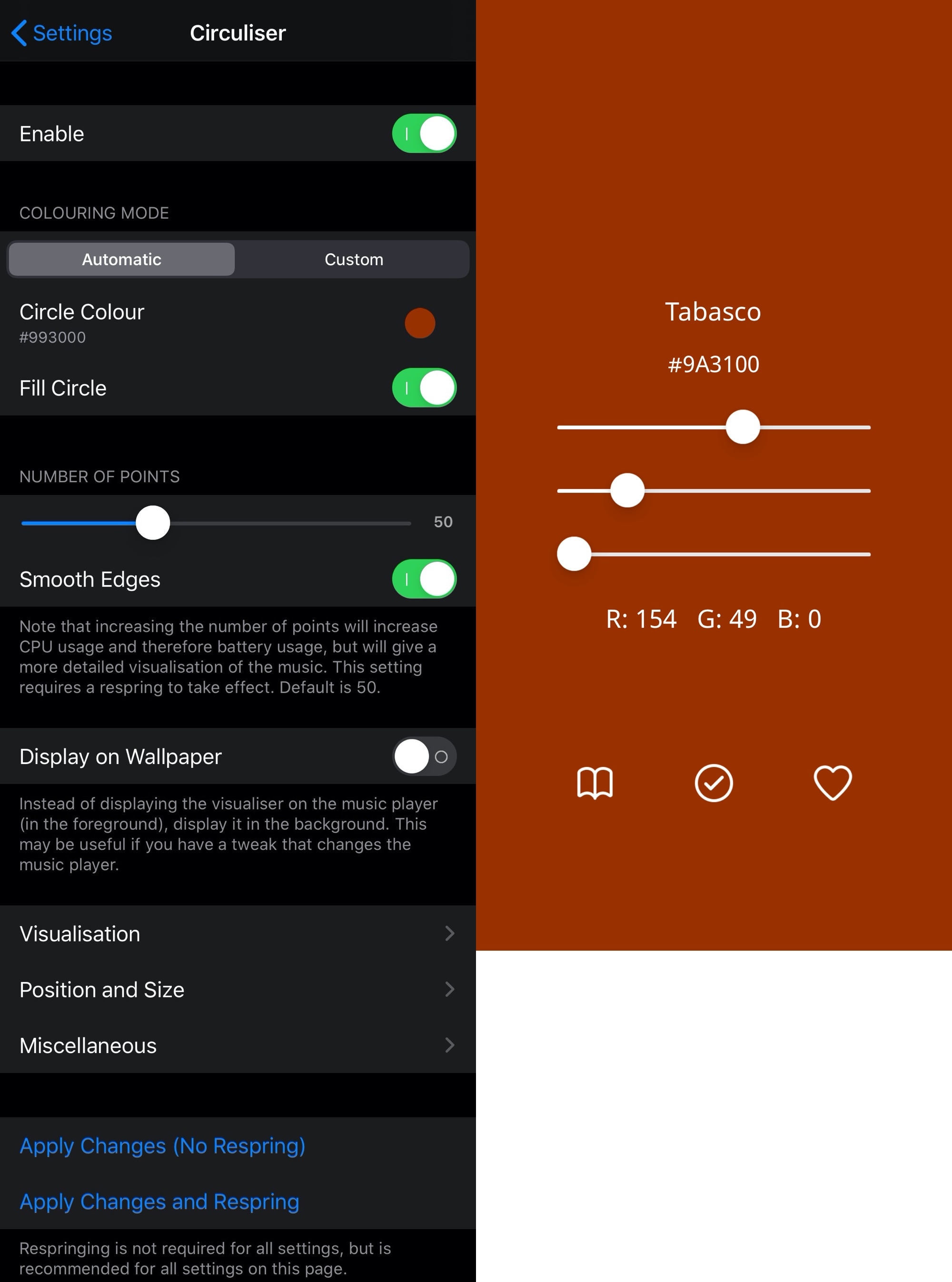 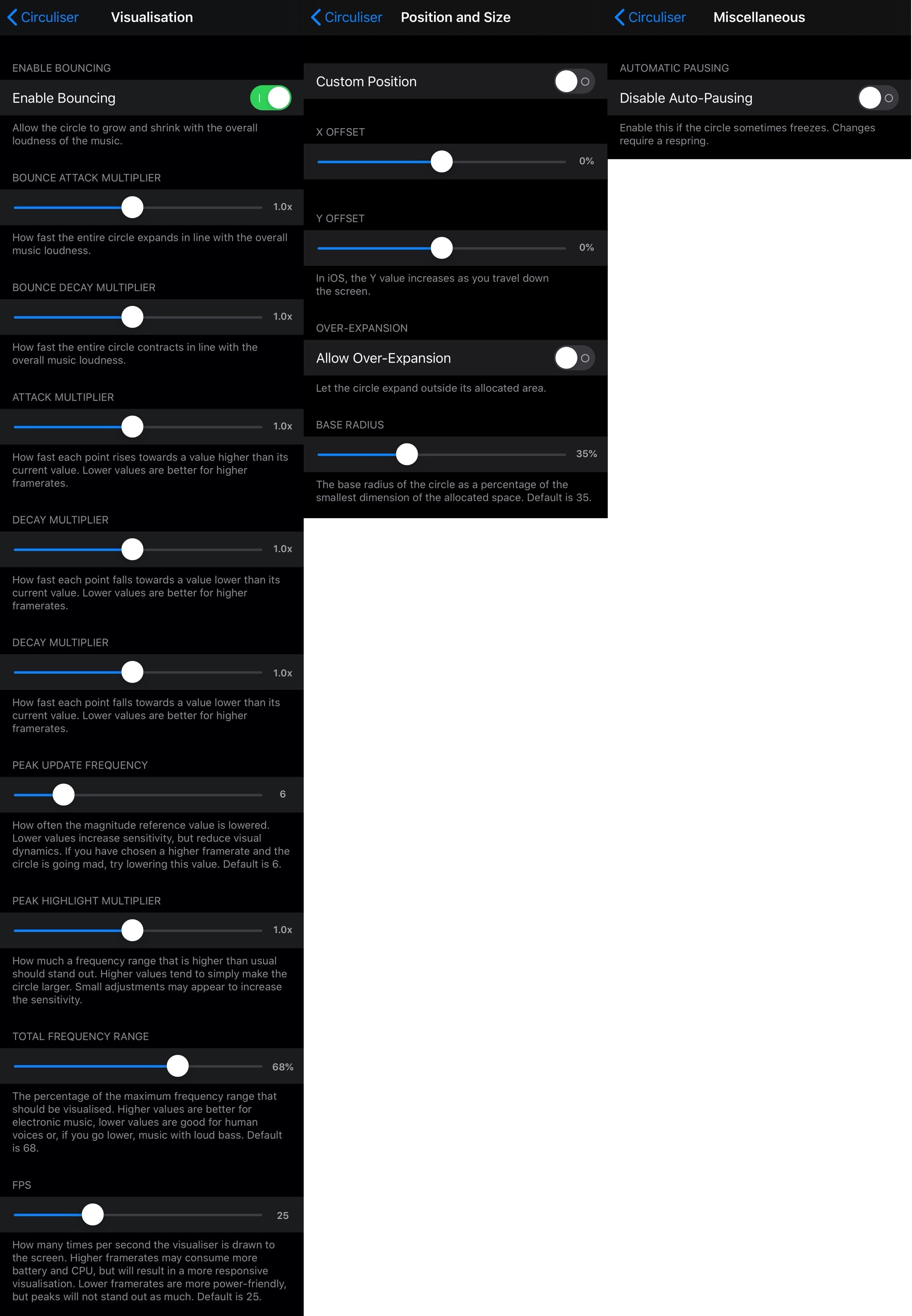 The developer provides options for saving and respringing the device at the bottom of the primary preference pane, and it’s noted that a respring isn’t necessary to save the changes you make.

It’s worth noting that you can go pretty nuts with the FPS and number of points, but the higher you go, the harder your handset’s CPU and GPU will work to keep up with your music. Depending on the frequency of the music you listen to, this can get somewhat demanding at times, especially for older hardware.

Overall, we’re particularly impressed with the tweak’s execution. Even if you aren’t into customizing the aesthetics and would rather take things how they come out of the box, that’s totally fine. The tweak automatically takes the dominant color from your music’s artwork if you don’t configure manual colors, and works with the Now Playing widget whether you’re listening to music via Apple’s native Music app or with third-party alternatives such as Spotify.

Those interested in trying Circuliser can purchase the tweak for $1.49 from the Chariz repository via their preferred package manager. The tweak supports jailbroken iOS 12 and 13 devices and makes for an improved music listening experience on any pwned handset.

Will you be grabbing Circuliser? Let us know why or why not in the comments section below.