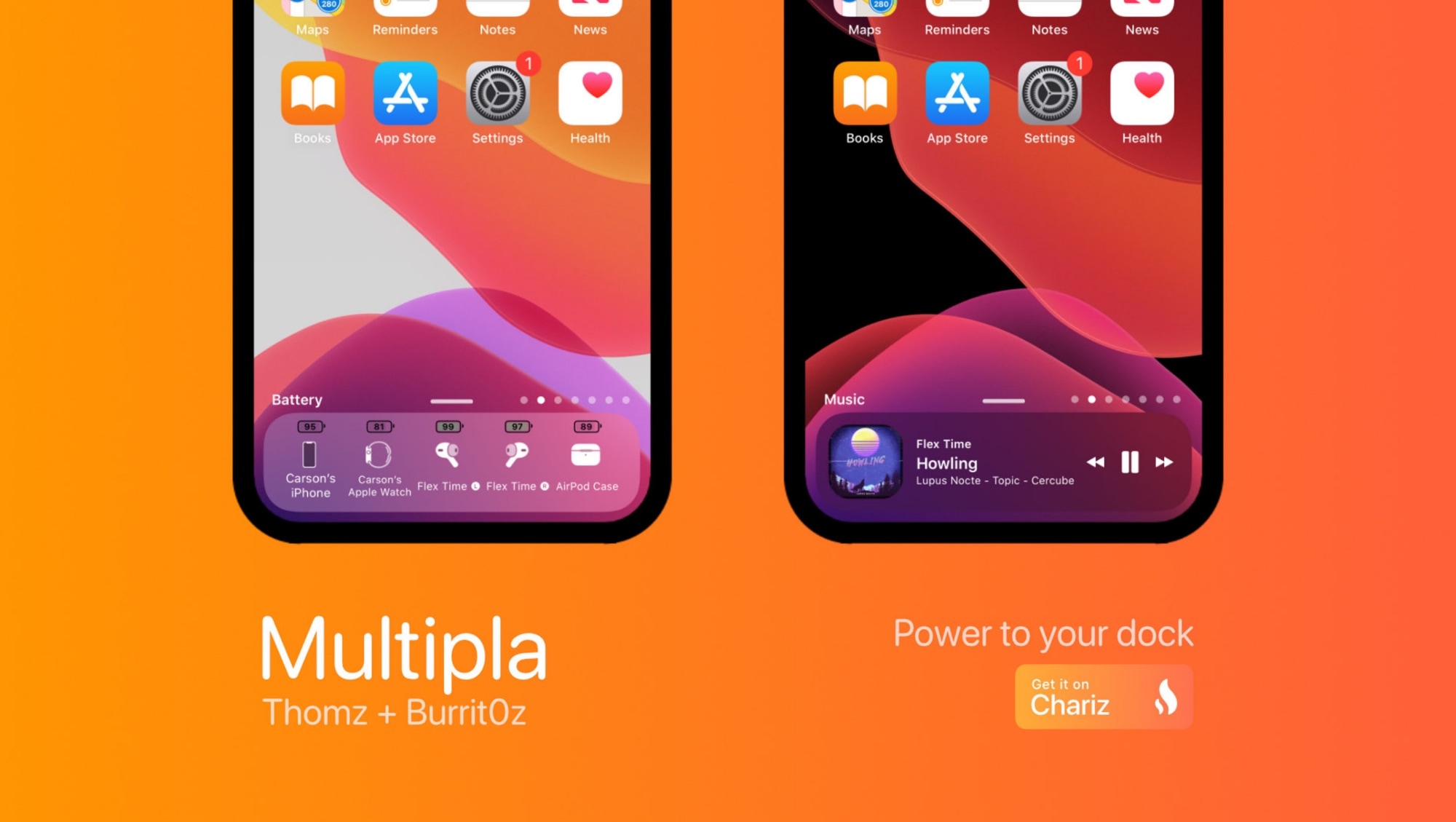 The Dock gives iPhone users quick access to their favorite apps from anywhere on the Home screen, but that’s just about the extent of it on stock handsets. If you’re jailbroken and looking for a more enticing experience, then you’ll probably like what a newly released jailbreak tweak called Multipla by iOS developers burrit0z and Thomz brings to the table.

As depicted in the screenshot examples above and below, Multipla expands upon the Dock’s existing functionality by unlocking additional features that simply wouldn’t be possible on a stock handset. Among those are adding more apps, viewing informative widgets, and much more.

Adding additional apps is something we’ve seen in other jailbreak tweaks before, but Multipla does it in a particularly aesthetically pleasing manner. But the true elephant in the room is the introduction of widgets to the Home screen Dock, and as you might’ve noticed already, it supports ones for Activity, battery levels, Music, and Weather. The tweak even incorporates an API, which should allow developers to make their own.

Multipla was designed to be intuitive and supports three different gestures for moving between Dock interfaces. You’ll notice from the examples that the tweak labels each interface individually, a nice touch indeed.

Once installed, Multipla adds a preference pane to the Settings app where users can configure a variety of options:

Given all the power Multipla adds to the iPhone’s native Home screen Dock, I can’t think of any potentially negatives to using the tweak. The only things that jump out at me are the positives, including a gorgeous and native-looking user interface, splendid integration with iOS, and power efficiency.

Those interested in giving Multipla a try can purchase the tweak for $1.99 from the Chariz repository via their preferred package manager. Multipla supports jailbroken iOS 11, 12, and 13 devices, but unfortunately doesn’t support iPads due to the different Dock framework.

Is Multipla something that you’ll be taking a closer look at any time soon? Let us know your thoughts about the tweak in the comments section below.