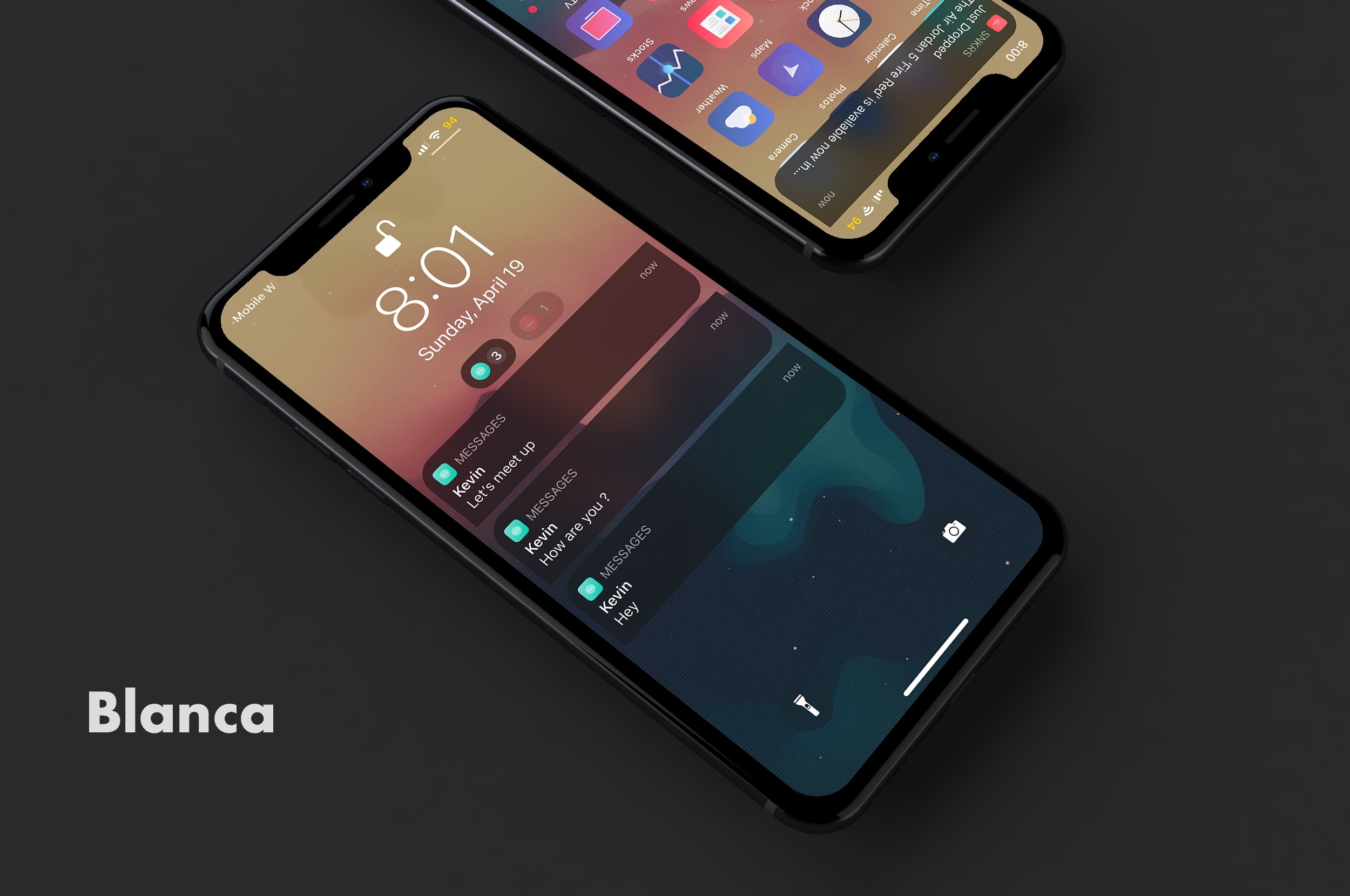 Looking for a quick and easy way to upgrade your iPhone’s Notification Center experience? If so, then you’re in for a treat. Blanca is a newly released jailbreak tweak by iOS developer Phoenix Dev that lets users redesign the native Notification Center interface with custom aesthetics.

As depicted in the screenshot examples above, Blanca can redesign notification banners, Today widgets, and even the Now Playing media player. Furthermore, Blanca users will be able to choose how many preview lines appear in their notification banners and fine-tune the banner corner radii, among other things. 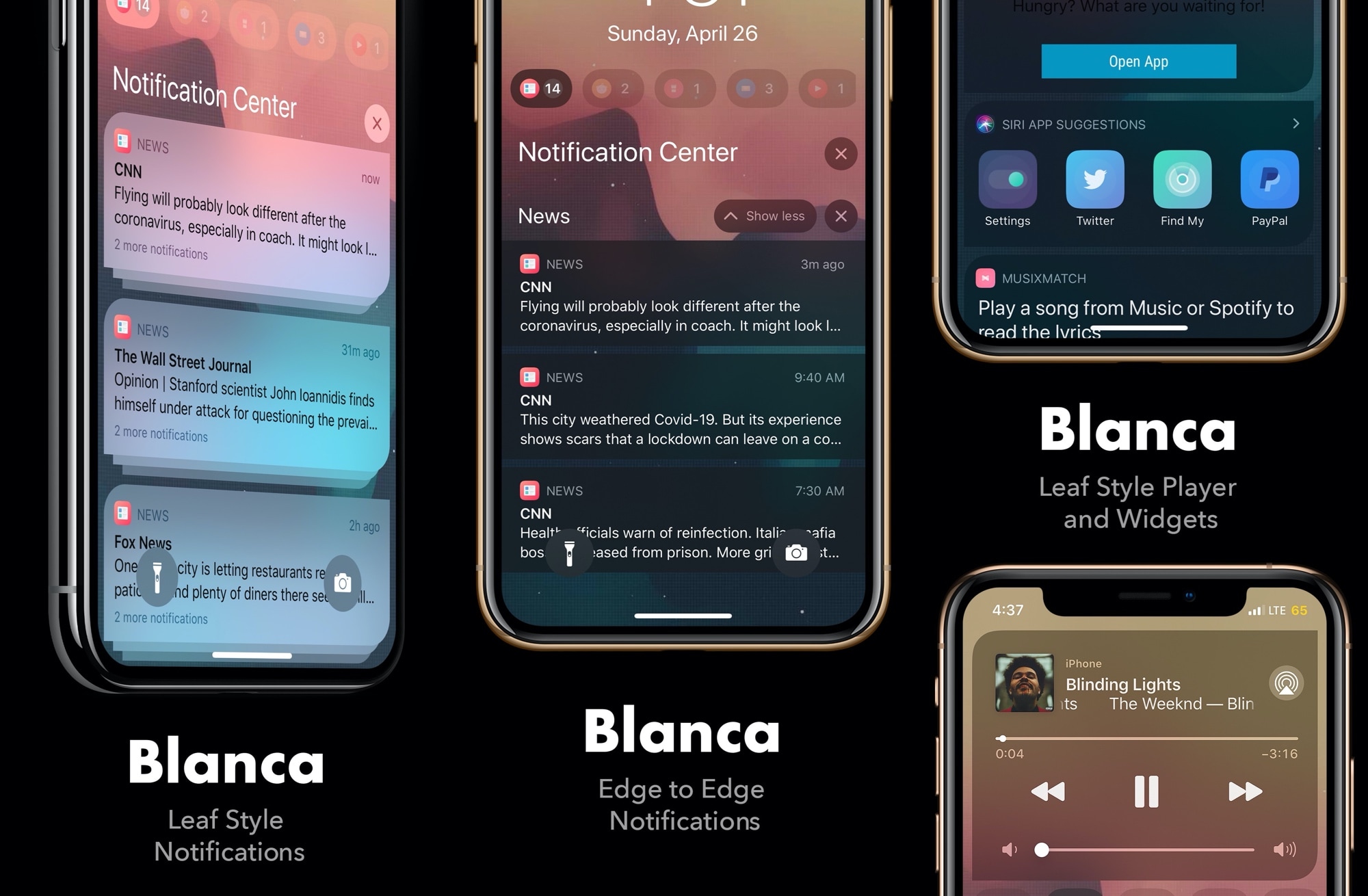 It’s worth mentioning that the notification grouping shown isn’t a part of Blanca, but rather that of a separate paid jailbreak tweak called Grupi that we showed you at the start of the year. In showcasing the duo of tweaks together, it’s demonstrated that Blanca plays nicely with certain other extensions, albeit not all.

The primary focus of Blanca lies with the appearance of your widgets and notification banners, which can be configured to appear more leaf-like; or if you don’t like this aesthetic, you can make them squarer or rounder, depending on preference. Personally, I think the leaf aesthetic looks rather sleek and modern myself. 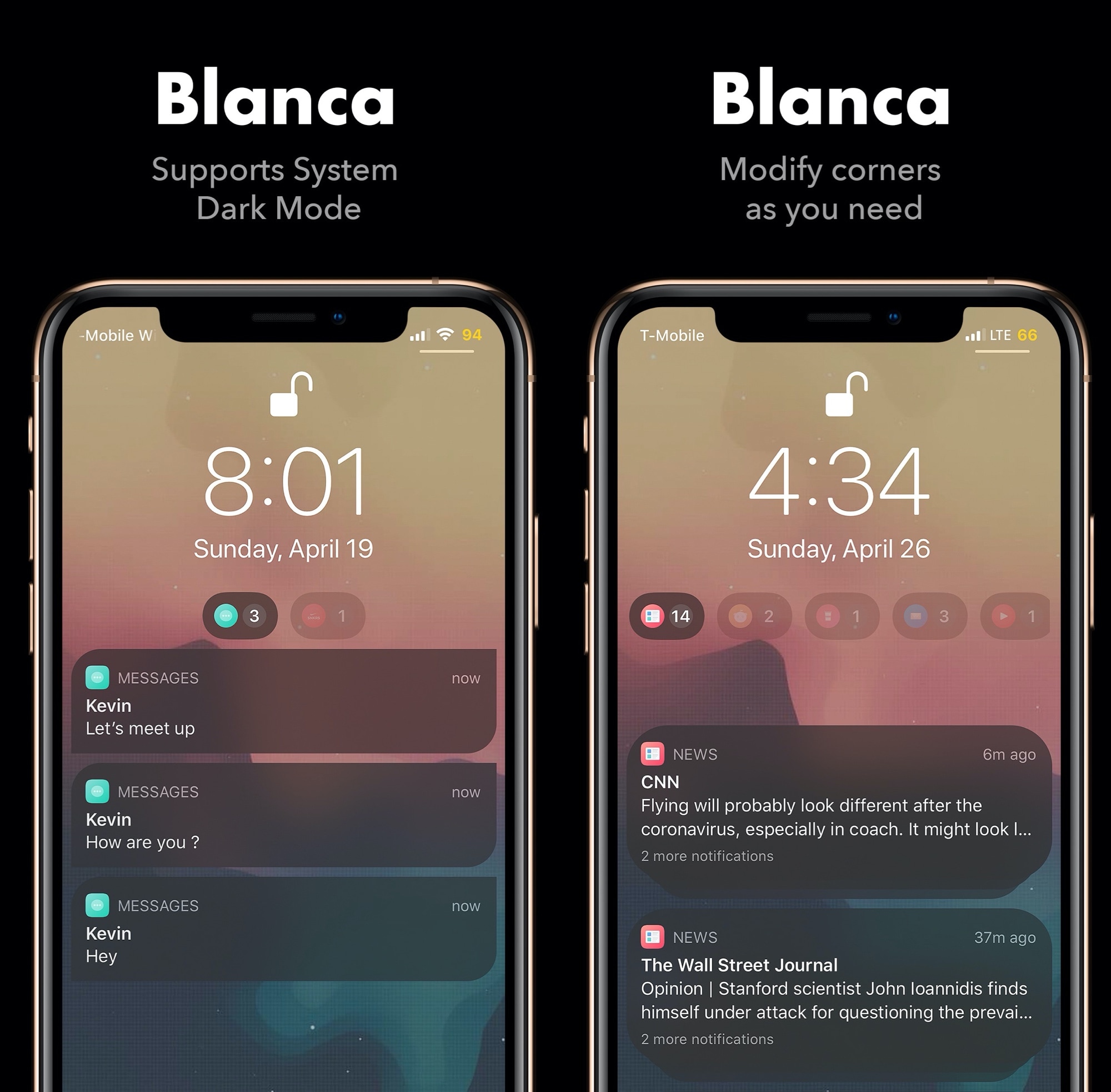 After you install Blanca, you’ll find a dedicated preference pane in the Settings app where you can configure the tweak to your liking:

The developer provides a Respring button at the top right of the preference pane to help you save any changes you make on demand.

If you like what you see, then you’ve got nothing to lose from trying it out. Blanca is a free download from the Packix repository via your preferred package manager, and it supports all jailbroken iOS 13 devices. The developer says that iOS 12 support will be coming in a future update, but we don’t yet have an ETA for when.

Will you be giving Blanca a try? Let us know why or why not in the comments section below.