At the start of the week, the Sileo Team turned a new leaf that resonated positively with the jailbreak community when it said that most of the first alpha iteration of Sileo v2.0.0 had been published to GitHub as open source software. But since then, the team has been particularly tight-lipped about when it would be pushed to the default repositories for hands-on testing.

Fortunately, that’s no longer a mystery. In an announcement shared via Twitter Friday evening, the Sileo Team said that Sileo v2.0.0 alpha 1 could now be installed from the Electra and Chimera repositories on their respective jailbreaks: 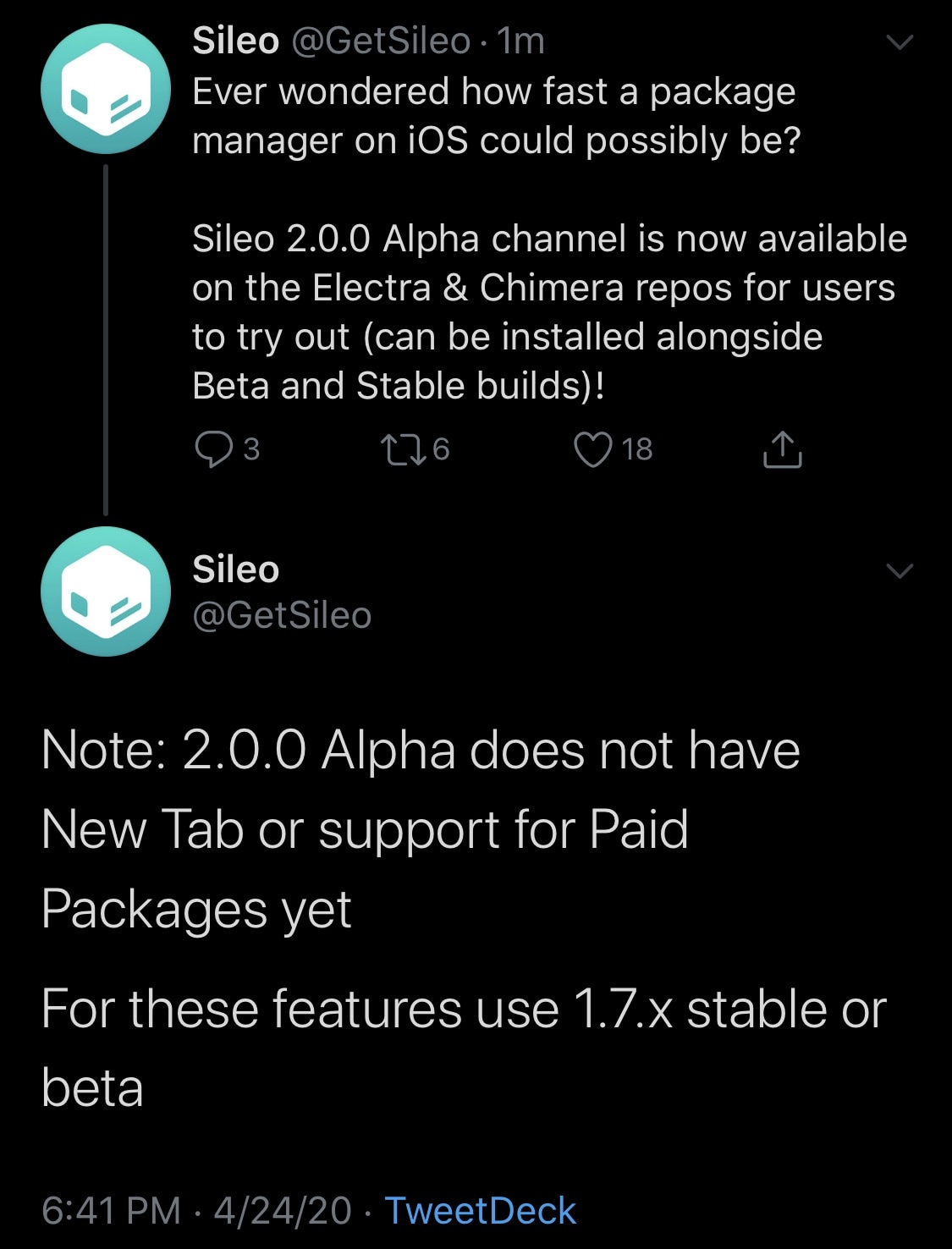 From what we can gather, this is a third build of Sileo that will not overwrite your existing installations of Sileo or Sileo beta. The alpha build runs as a third and separate package manager on your Home screen, assuming you also have the beta version of Sileo installed.

According to the Tweet, Sileo v2.0.0 alpha 1 does not have a “New” tab for viewing the latest jailbreak tweak releases and also does not support purchasing jailbreak extensions. For these intents and purposes, the Sileo Team recommends using the stable release or the latest v1.7.x beta.

Are you happy to see that the latest open-source version of Sileo is now officially available for installation on jailbroken handsets for testing? Discuss whether you’ll be checking it out or not and why in the comments section below.