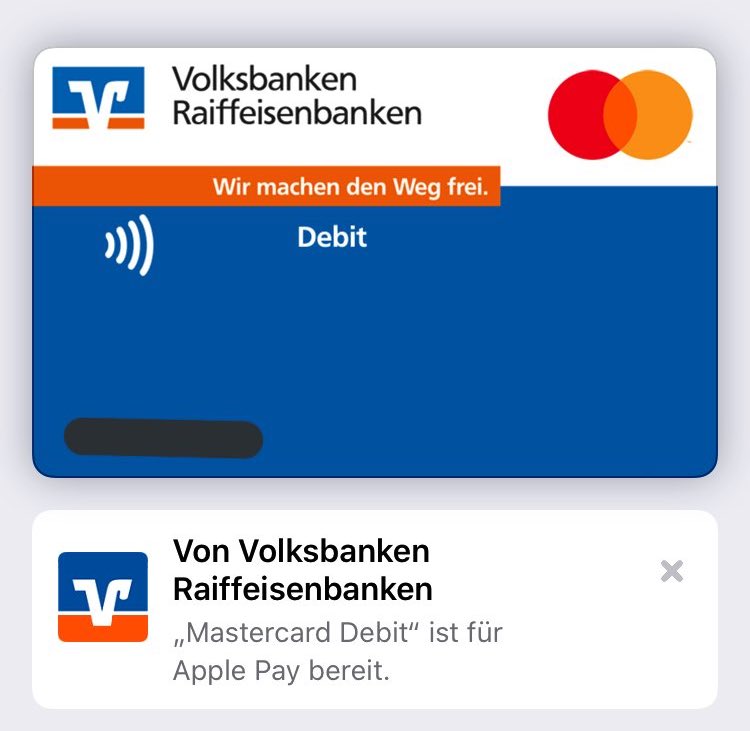 The expansion was officially confirmed by FinanzeSzene.de.

Now customers of Volksbank Raiffeisenbank in Germany can use their iPhone and Apple Watch to make contactless mobile payments in stores and apps, as well as on the web with their Visa and MasterCard credit cards.

This is in addition to the previously supported banks and financial institutions in Germany: