More than five years ago, iOS developer Ryan Petrich released a handy cache-clearing jailbreak tweak for apps on jailbroken iPhones and iPads called CacheClearer, which allows users to delete app caches right from iOS’ native Storage settings page. That same tweak was re-created for iOS 11 last year with the aid of developer Julio Verne, and has now been reincarnated once more for newer versions of iOS by developer alex_png. 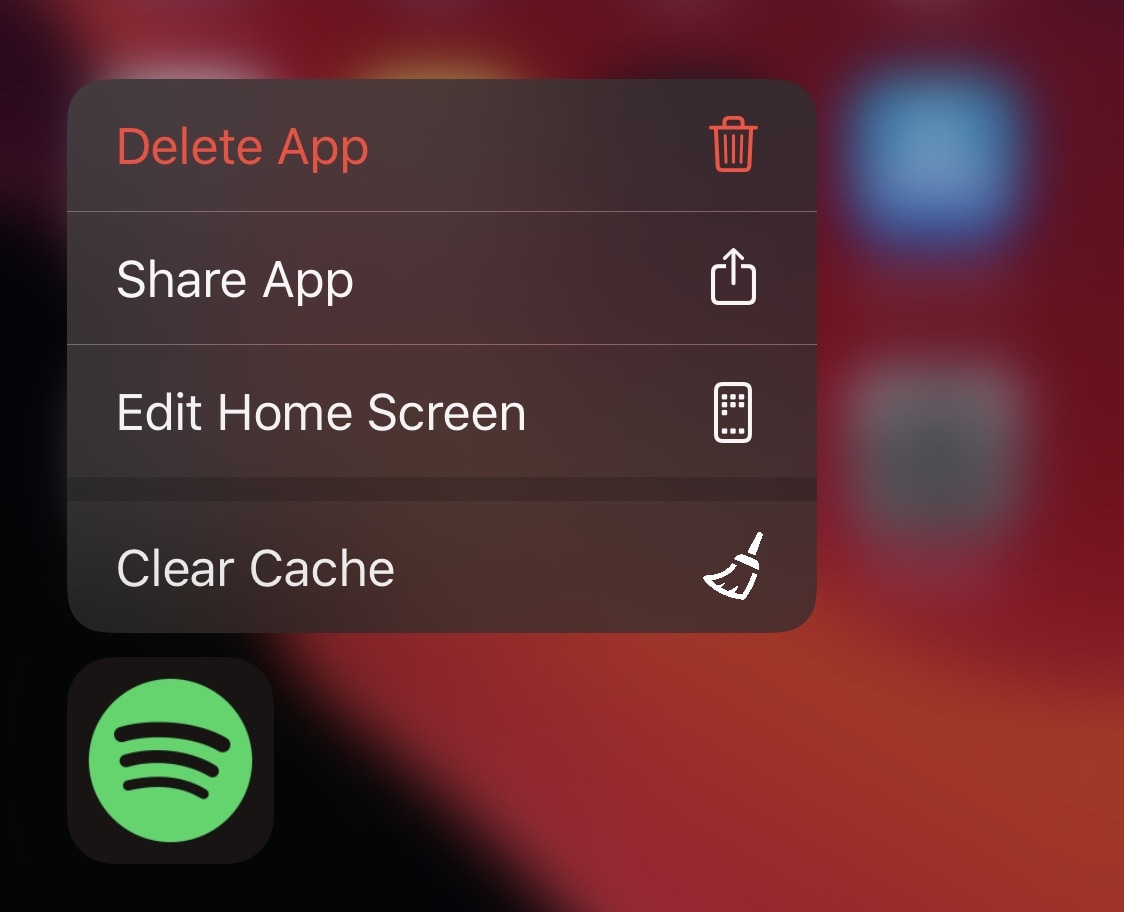 One might be inclined to think that the latest CacheCleaner reincarnate is the same as its predecessor, albeit with support for the latest version of Apple’s mobile operating system. But as it turns out, alex_png has augmented the tweak a bit by adding features that weren’t available in earlier versions while maintaining full credit to Petrich, the original developer.

The latest version, dubbed CacheCleanerX, still sports the core features of being able to clear an app’s cache or reset that app to its factory state from Settings > General > iPhone Storage > [App]. However, the latest iteration now lets users clear app caches directly from the Home screen with a 3D Touch or Haptic Touch gesture on the app in question, as shown above. 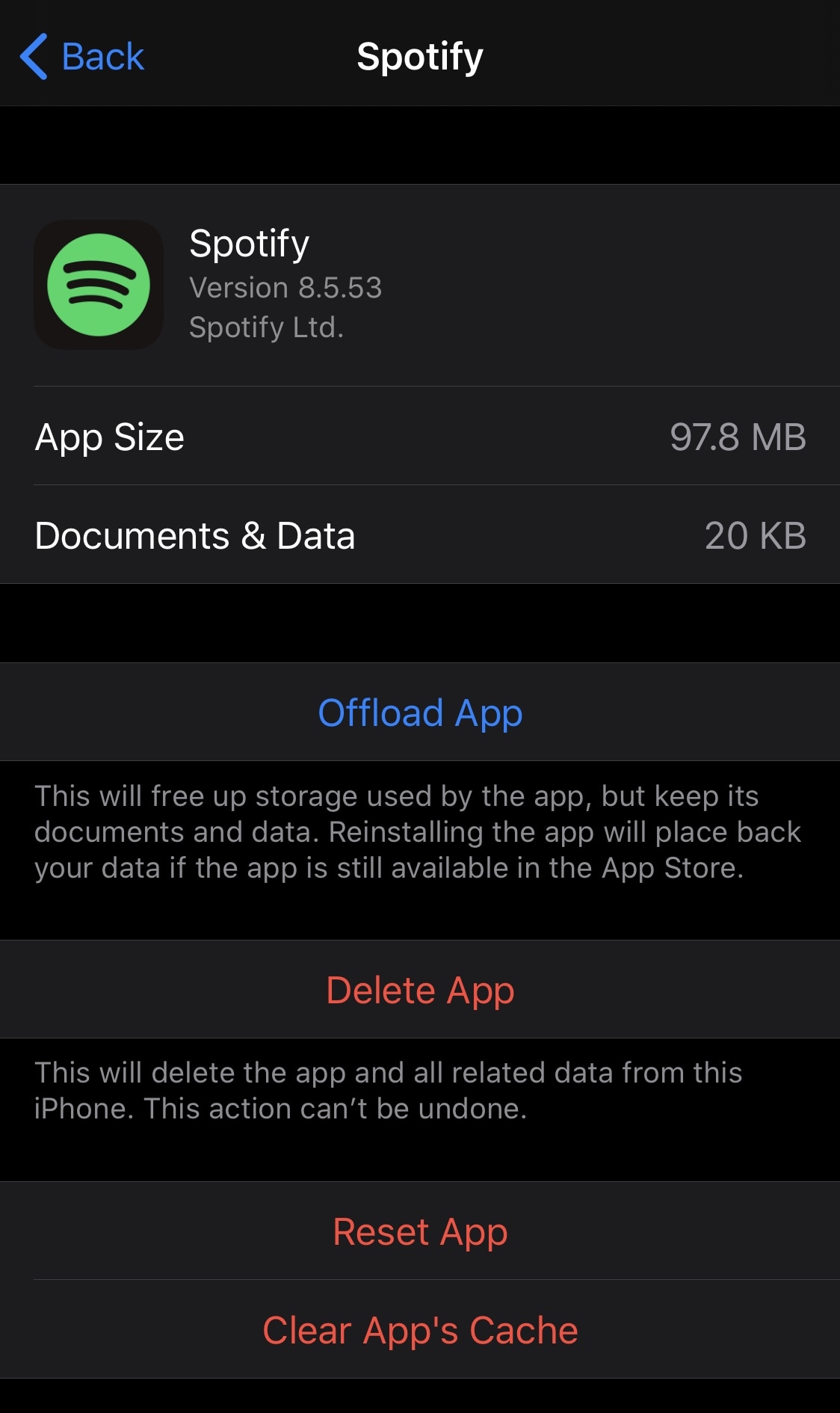 The change may seem acute, but it actually saves the user a lot of trouble. Instead of navigating a labyrinth of settings, you can now just invoke a gesture on your Home screen and reclaim needed storage space from your most storage-hungry apps, such as Music apps, social media apps, and the likes.

After you tap on the clear cache option, you’re prompted with the following warning that lets you know about the downsides to this action: 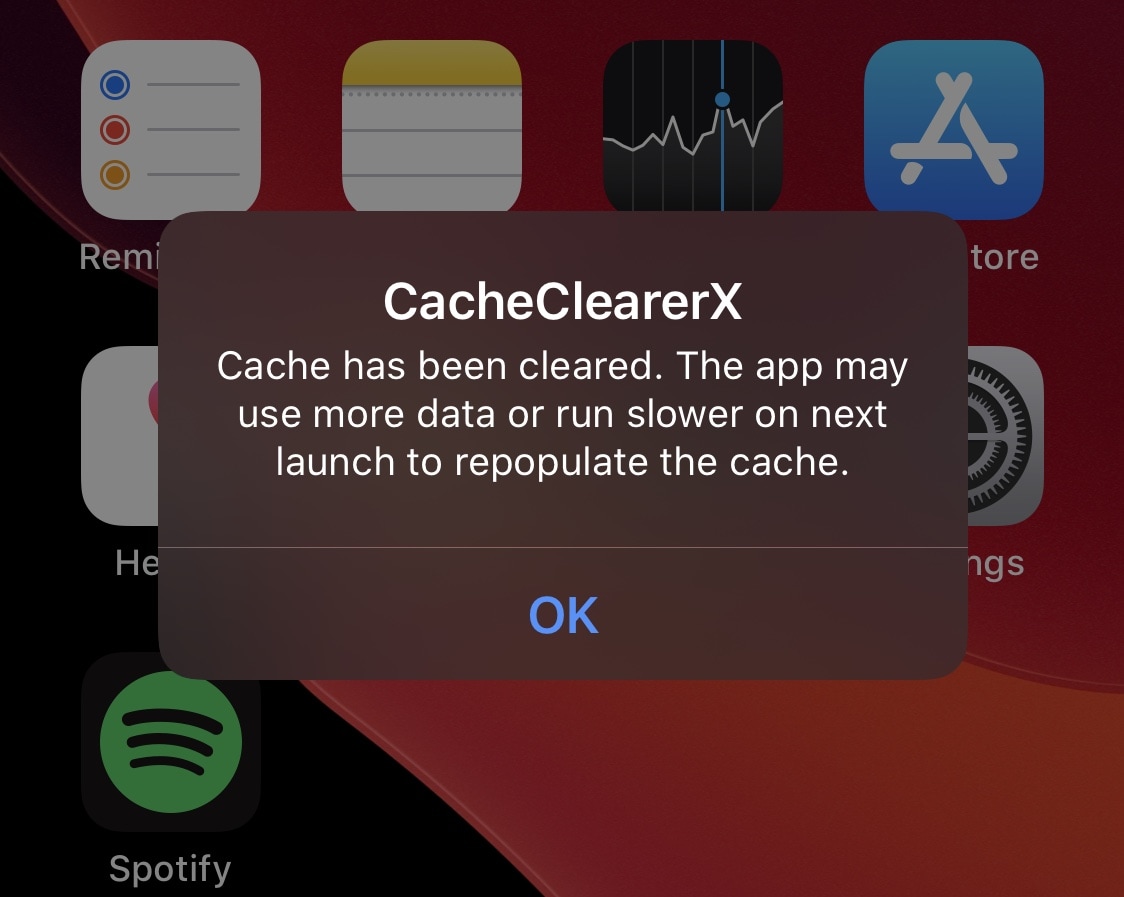 Perhaps unsurprisingly, clearing an app’s cache temporarily slows the app down because it needs to reload all of the assets you removed previously. This will gradually resolve itself over time as the cache builds back up. But keep in mind that the cache can have a massive impact on storage space.

CacheClearerX is a very simple jailbreak tweak that integrates beautifully into the native operating system, and it’s worth noting that it wouldn’t have existed without Petrich’s initial idea back in 2015. Those interested in grabbing CacheClearerX can download it for free from alex_png’s repository via their preferred package manager, and for those wondering, the tweak supports jailbroken iOS 13 & 14 devices.

If you’re not already using alex_png’s repository, then you can add it to your package manager via the following URL:

Will you be downloading CacheClearerX on your pwned handset? Let us know in the comments section below.