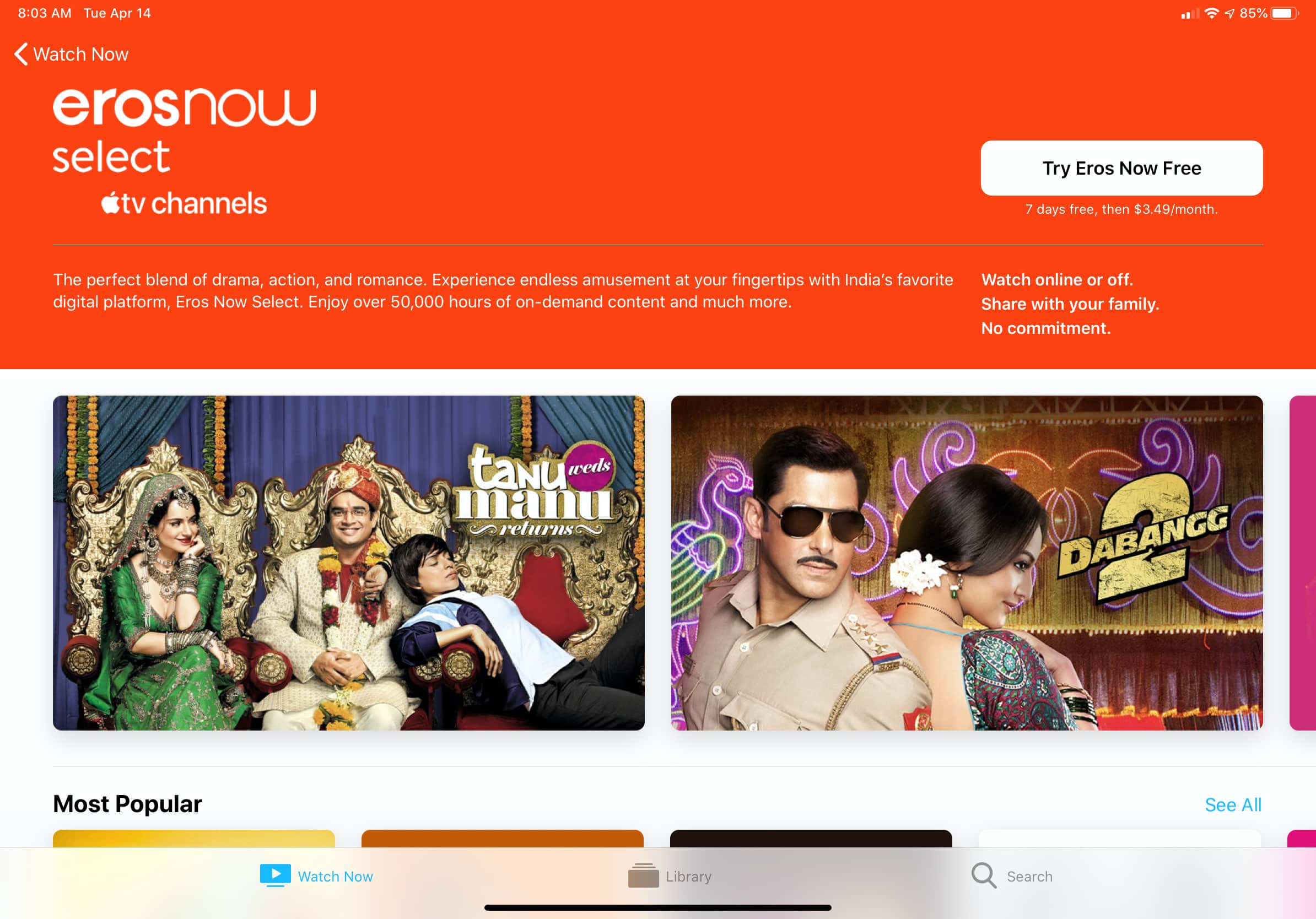 Apple TV Channels has added a new option for users to try out, offering up a 7-day free trial to “Eros Now Select” and all of its films and TV shows from India.

Eros Now Select is available now from the Apple TV Channels section, joining the ranks of streaming services like CBS All Access, Showtime, HBO, and, of course, Apple TV+. As mentioned in the opening, the new streaming service offers a library of content, including original TV shows and Bollywood blockbusters, from India. It starts with a 7-day free trial, and then you’ll have to fork over $3.49 per month.

The landing page for the new Apple TV Channel notes that there isn’t any commitment involved with subscribing, which means you can cancel at any time. Those who do subscribe (including the free trial) can watch the content online or offline, and the content library is accessible via Family Sharing.

Eros Now Select is available now from the Apple TV app. Do you plan on checking it out?