iOS’ native notification system is overdue for a facelift, but there’s no telling when Apple might finally commit to such an overhaul. Fortunately, jailbreakers won’t need to wait thanks to the likes of a newly released and free jailbreak tweak dubbed dotto+ by iOS developers ConorTheDev and Mirac.

Just as the tweak’s name implies, dotto+ takes a dot-centric approach to iOS’ native notification system. In the screenshot examples above and below, you can see that dotto+ displays a small colored dot at the top-right of app icons on the Home screen when they have pending notification(s) awaiting your attention. 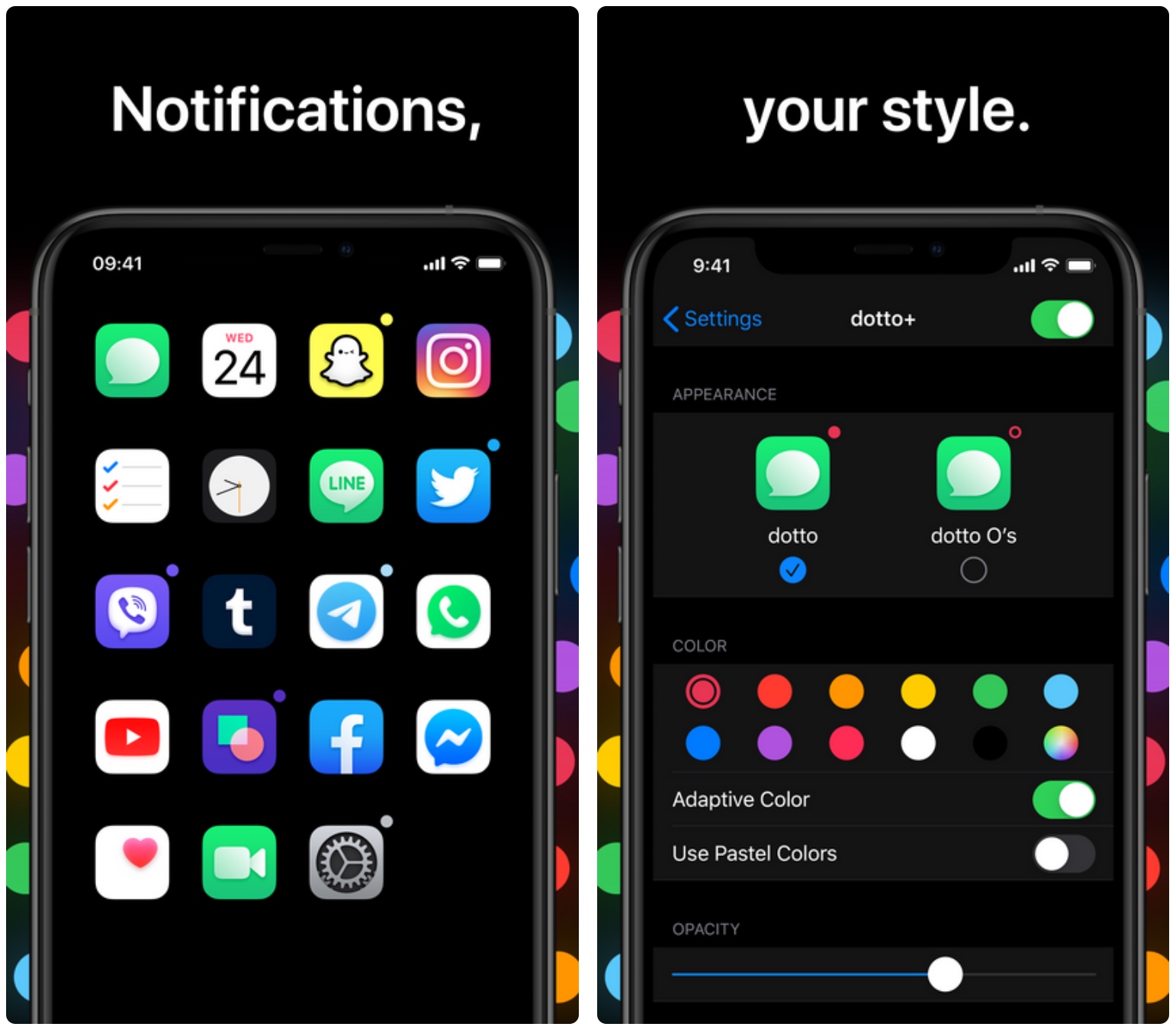 As you might come to expect, dotto+ is fully configurable. The tweak adds a dedicated preference pane to the Settings app where you can configure a few options to your liking. Options include:

At first glance, dotto+ appears to be a gorgeous, lightweight alternative to Apple’s ugly native red notification badges. The dot-based notifications complement your app icons rather than turning them into eyesores, and it’s just beautiful enough that we hope Apple would adopt something similar in the future.

Those interested in trying dotto+ can download the tweak for free from the Dynastic Repo repository via their preferred package manager. The tweak supports jailbroken iOS 13 devices.

Do you like what dotto+ brings to the table, or will you stick with iOS’ native notification system? Let us know in the comments section below, and don’t forget to tell us why!