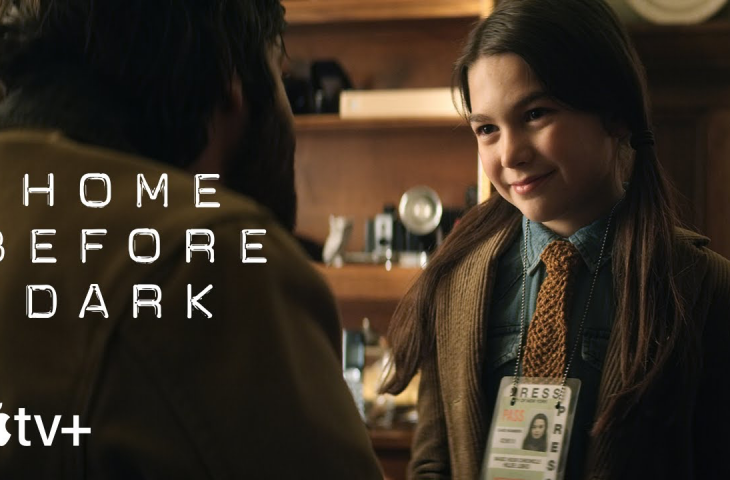 One of the upcoming series for Apple TV+ just got its first official trailer ahead of its streaming debut.

A lot of things happened for Home Before Dark, the new detective drama series for Apple TV+ on January 20. On that date we got confirmation that the series existed at all, along with information about the series itself. For instance, we learned that the series will star Jim Sturgess (Across the Universe, One Day), Brooklynn Prince (Tangerine, The Turning), among others. We also learned it would see its Apple TV+ debut on April 3.

It had also already been renewed for a second season, long before it streamed its first episode.

Now, a month before the series is set to showcase on Apple’s original content platform, Apple TV+ has shared the first official trailer for the series. The story here is based on the real-world reporting of a nine-year-old journalist named Hilde Lysiak. Here’s Apple’s description of the series:

A mystery inspired by the reporting of a real nine-year-old journalist. When a young girl and her family move back to the small town her father left behind, her pursuit of the truth leads to the unearthing of a long-buried cold case.

And here is the trailer itself:

Dara Resnik and Dana Fox are showrunners on the series, which was created by Jon M. Chu (Crazy Rich Asians), who is also serving as an executive producer. Garrett Lerner and Russel Friend are writing the series.

Home Before Dark arrives on Apple TV+ on April 3. Based on this trailer, are you excited?