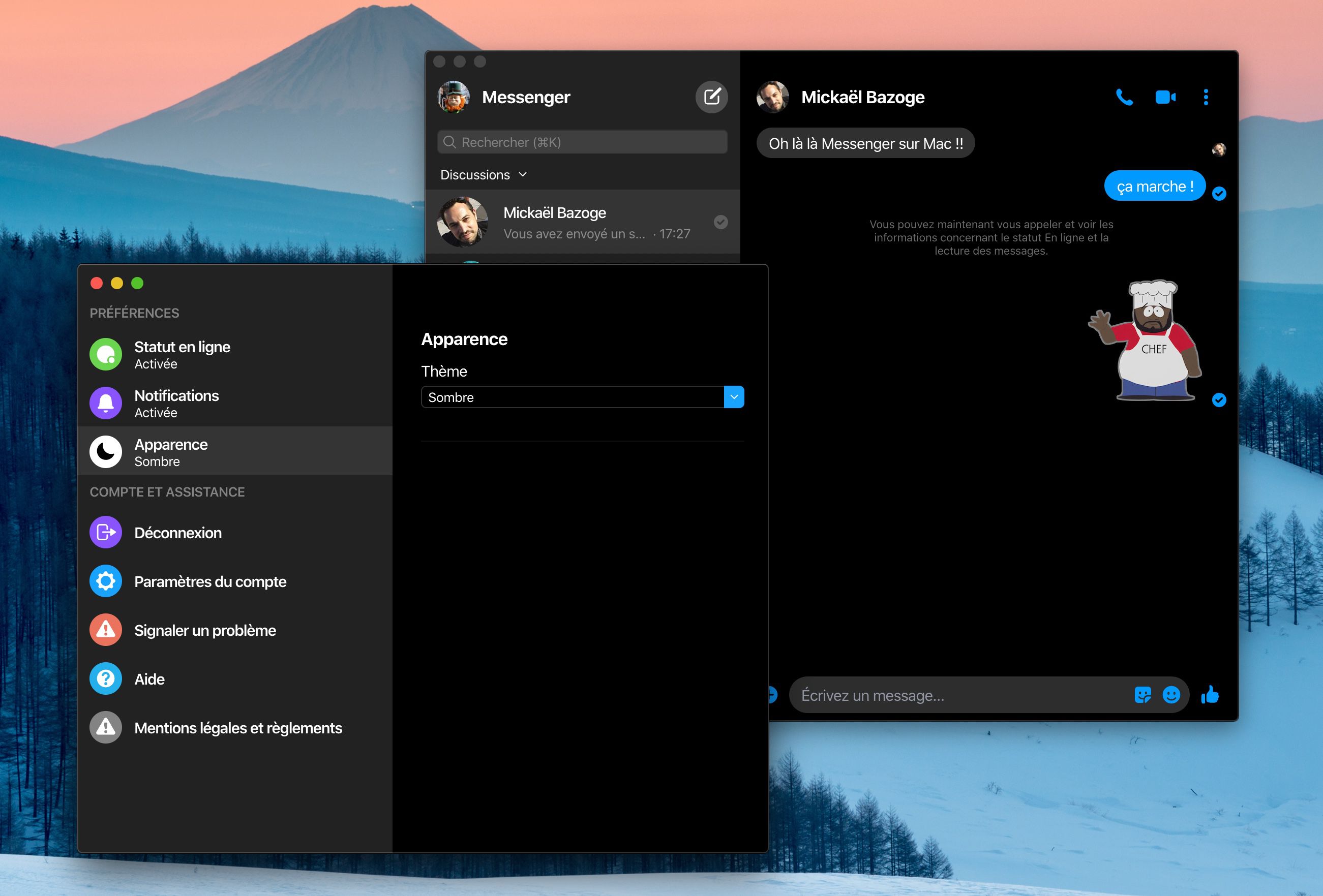 For Facebook Messenger users, a Mac app would probably be very helpful. And yet, the wait for an actual, official app has been long.

Things started looking bright back in April of last year, though, when Facebook officially announced it was developing a native Messenger app for Mac. At the time, it was reported that the company planned to release the app before the end of the year. However, here we are a few months into 2020 and the app has not yet made its global debut.

That is changing today, too! At least, that’s according to French blog MacGeneration. The publication shows us that the official Facebook Messenger app for Mac is now available to download in France, which seems to be a strong indication that Facebook is ready to start rolling the app out to markets across the world.

If you were curious, Facebook did not use Catalyst to develop the native Messenger app for Mac:

This Mac version is developed with Electron. Facebook did not use Catalyst. The advantage is that this allows it to work from macOS 10.10 and not from Catalina only. For the rest, it is the counterpart of the version on iOS, with the same exchange functions, the notifications which integrate into the system and the support of the dark mode of macOS (however the automatic change of the interface depending on the setting of macOS does not seem to work properly).

Notifications work, and as noted just above, it appears to be basically a counterpart to the iOS app. Which, if you’re keeping track, just released a major overhaul of its own.

So this appears to be a start! There’s no word yet when the native Facebook Messenger app for macOS will arrive in other countries, but at least we know it’s starting to roll out.

Are you looking forward to getting the app for yourself?