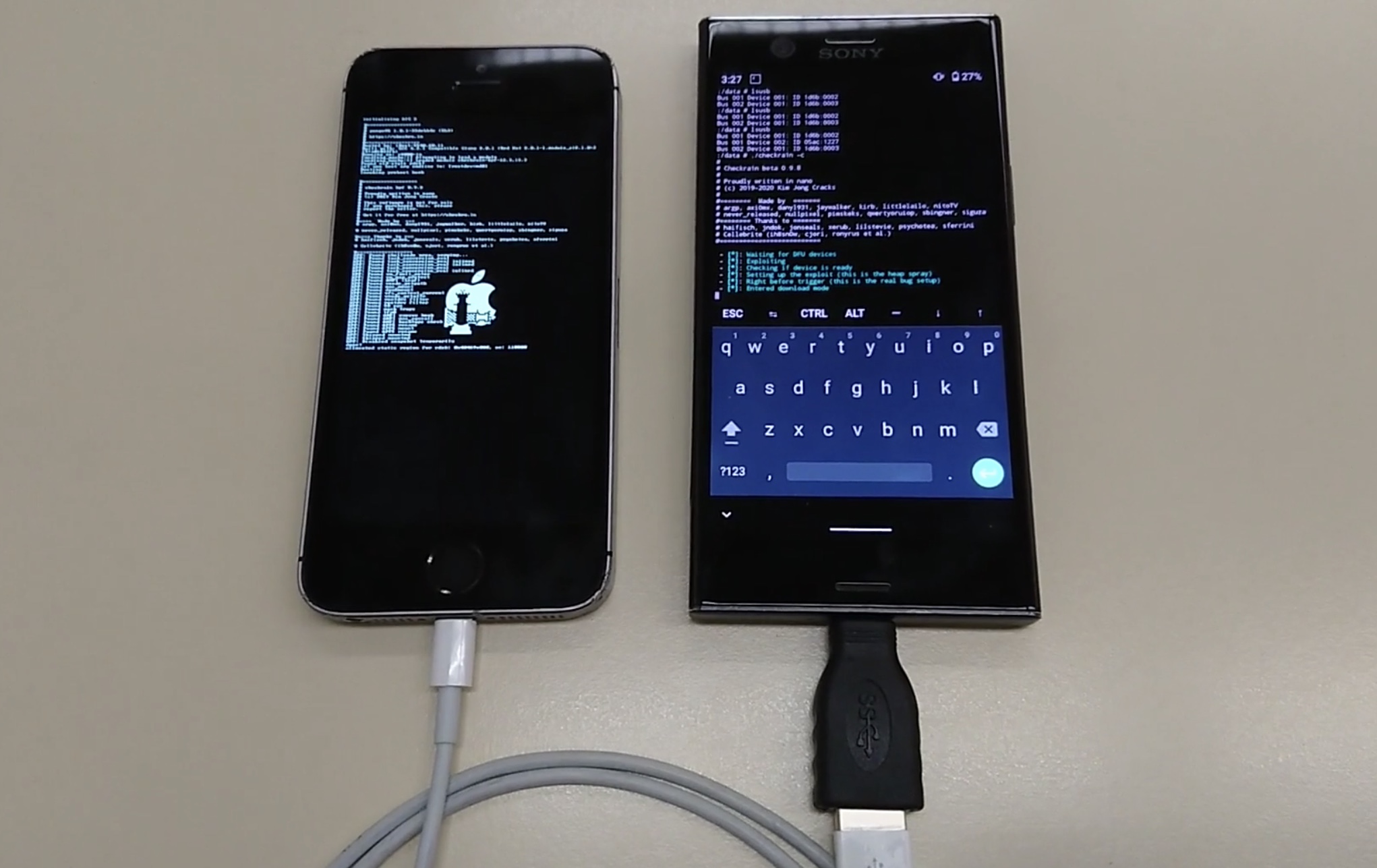 The bootrom exploit-based checkra1n jailbreak initially started out as a macOS-only utility for pwning compatible iOS devices, but it soon picked up official Linux support in a later update.

While the circumstances still aren’t ideal for Windows users, it is both possible and somewhat easy to dual-boot Linux on a Windows PC. But that may not be entirely necessary if you have certain Android devices laying around…

Citing a post shared early this morning in the /r/jailbreak Subreddit by /u/stblr, it seems that the Linux version of checkra1n may actually be deployable from certain Android devices.

The original poster notes that the tool works best on handsets running newer versions of Linux or Android, and that the device used in the demonstration is a Sony Xperia XZ1 Compact on Android 10 with kernel 4.14 that had been rooted with Magisk 20.3.

The prerequisites for using an Android device to deploy the checkra1n jailbreak are purportedly as follows:

– An iDevice compatible with checkra1n.
– An Android device with root access. Newer Linux and Android versions are more likely to work.
– A Terminal app on your Android device, for instance, Termux.
– A way to connect your two devices. In particular, Apple USB-C to Lightning cables cannot put iOS devices in DFU mode due to missing pins.

The original poster shares that he used the Exsys EX-47990 USB-C to USB-A adapter and the Apple USB-A to Lightning cable to achieve DFU mode on his iPhone while connected to the Android device. The following steps were followed: 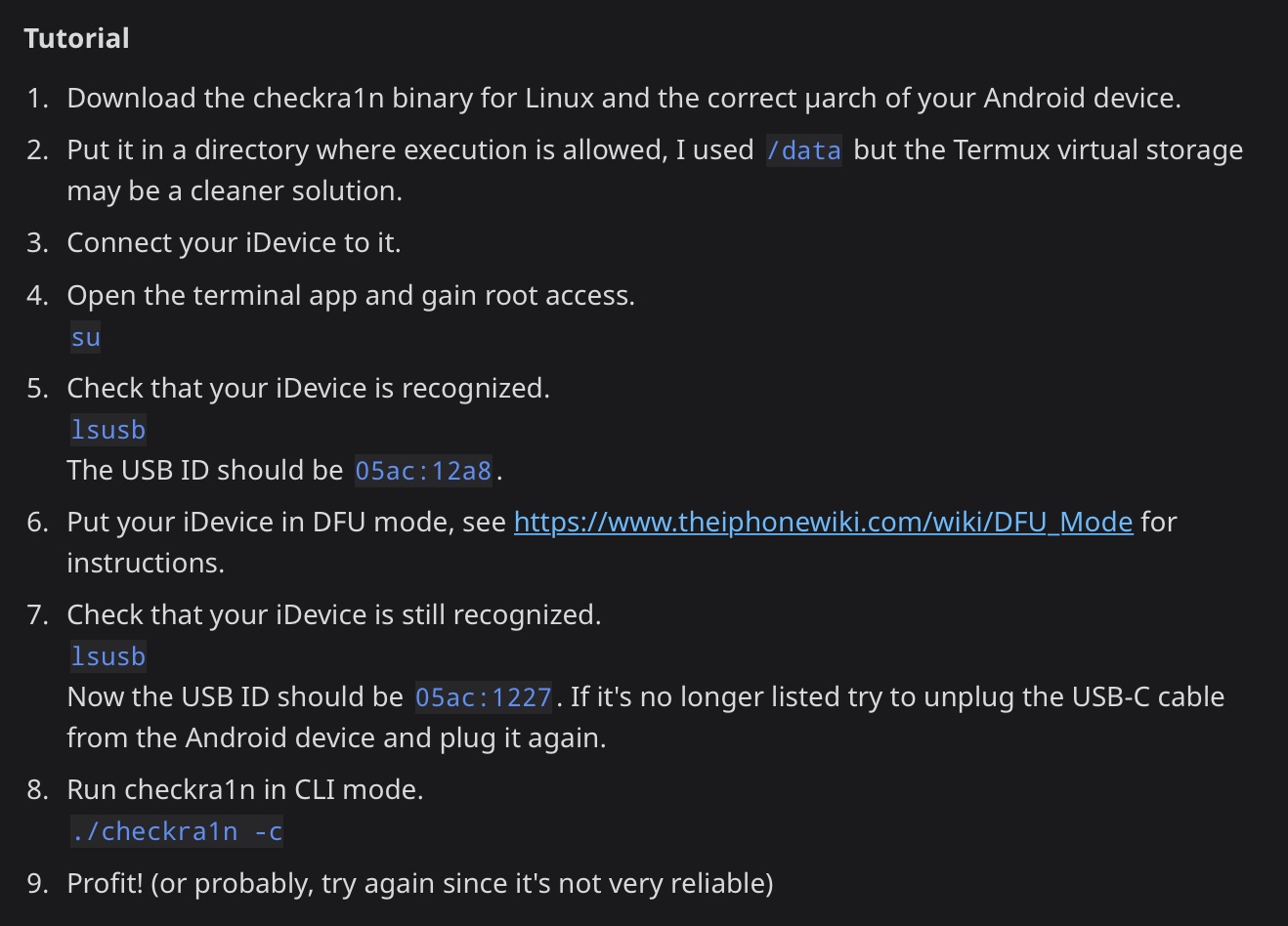 It’s worth noting that the process on an Android device isn’t very reliable, and this probably has something to do with the fact that checkra1n was never designed to be deployed on an Android device. Persistence, however, appears to be the key to success.

Assuming this becomes more mainstream and/or supported by the checkra1n team, jailbreakers could potentially opt to carry smaller Android handsets with them instead of a full-blown Mac or Linux PC to ensure jailbreakability when away from their computer. The implications here are splendid…

Will you be trying to jailbreak your checkra1n-compatible device with an Android handset? Let us know in the comments section below.