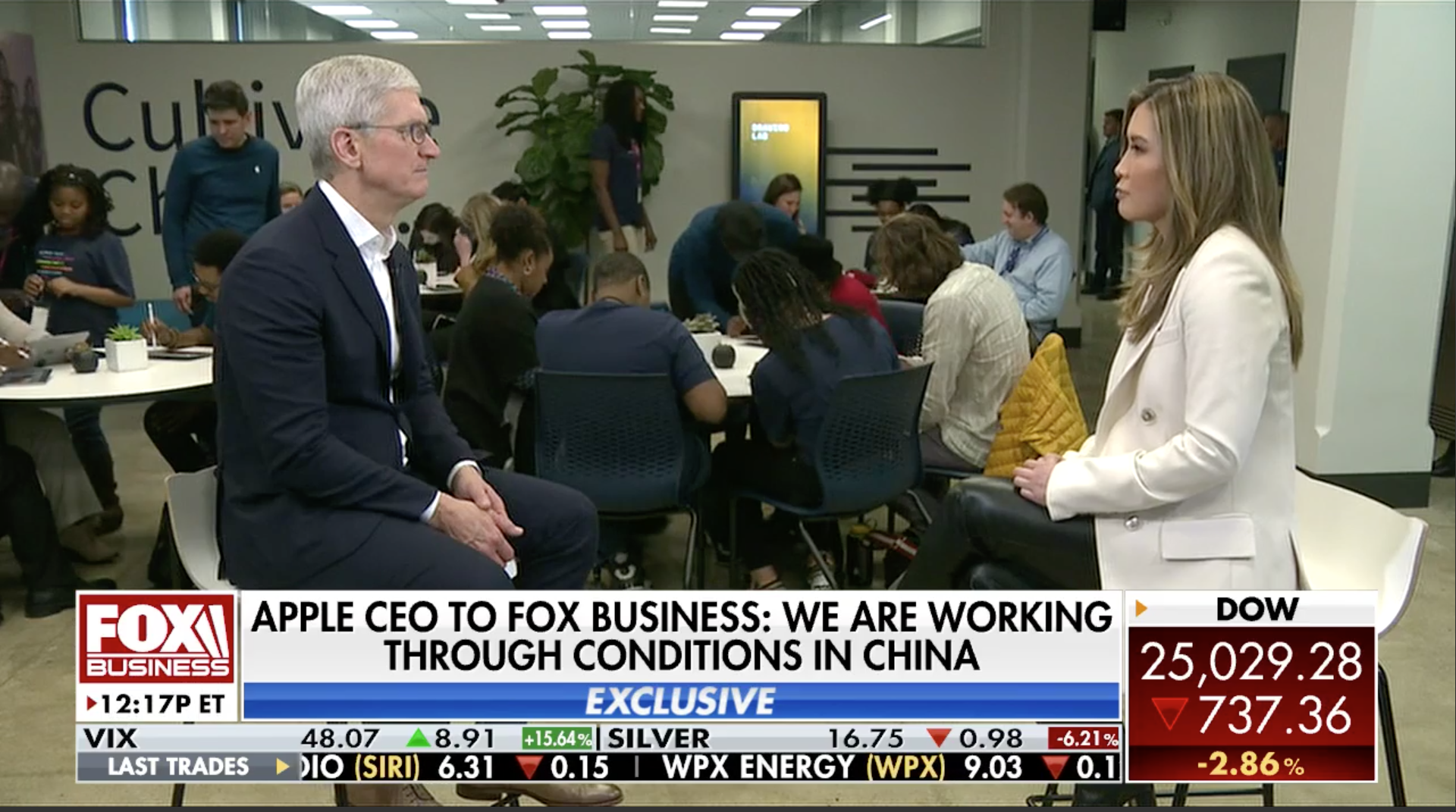 After the initial press conference wrapped up, Cook sat down with Fox Business for a brief interview. A few snippets of the conversation were released yesterday, highlighting the major talking points, but today the news agency released the full interview. It comes in at just over ten minutes in length, with the primary talking point being coronavirus concerns.

As far as things going back to normal, Cook believes they are on the right track to get there, but that it will take some time still. Cook stresses that he believes this is a temporary situation, and not a long-term one. But that’s from an Apple perspective, reiterating his believe that Apple is a strong company on a fundamental level.

Cook says there’s a “reason for optimism” when it comes to looking ahead. He does not appear to believe that the coronavirus will have a longer impact on the company beyond the March quarter. That’s after Apple has already informed investors it will more than likely miss its upcoming quarterly earnings target due to the stresses induced by the coronavirus outbreak.

Talking about the supply chain in China and whether or not Apple is considering moving beyond that region, Cook says it’s all about the resiliency of the companies in that chain:

The question for us after we get on the other side will be ‘Was the resilience there or not, and do we need to make some changes?’ My perspective sitting here today is that if there are changes, you’re talking about adjusting some knobs, not some kind of wholesale fundamental change.

The interview also includes bits about Donald Trump and how Cook interacts with him. You can check out the full interview here.