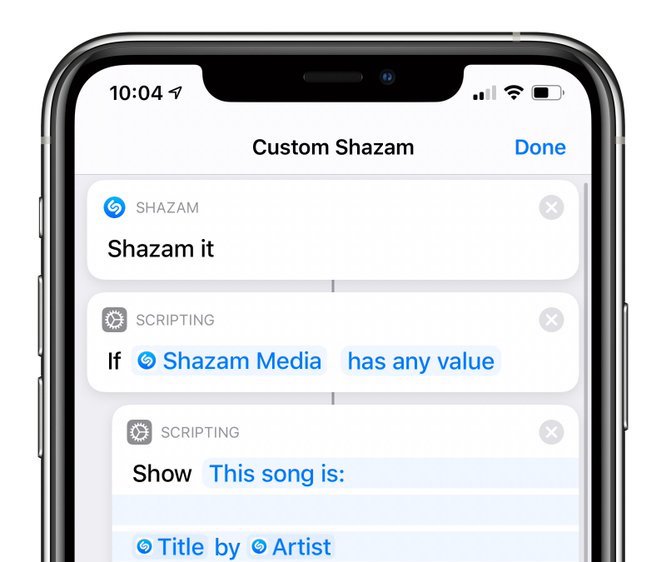 Aside from a bunch of other enhancements and new features, iOS and iPadOS 13.4 provide a new Shazam It action for the Shortcuts app which offers many creative possibilities.

Although iOS lets you identify songs with a simple voice command (“Hey Siri, what’s playing?” or some such), the Shazam It action offers richer results and different meta data, such as a song’s Apple Music URL, which lets you create your own custom Shazam shortcuts. 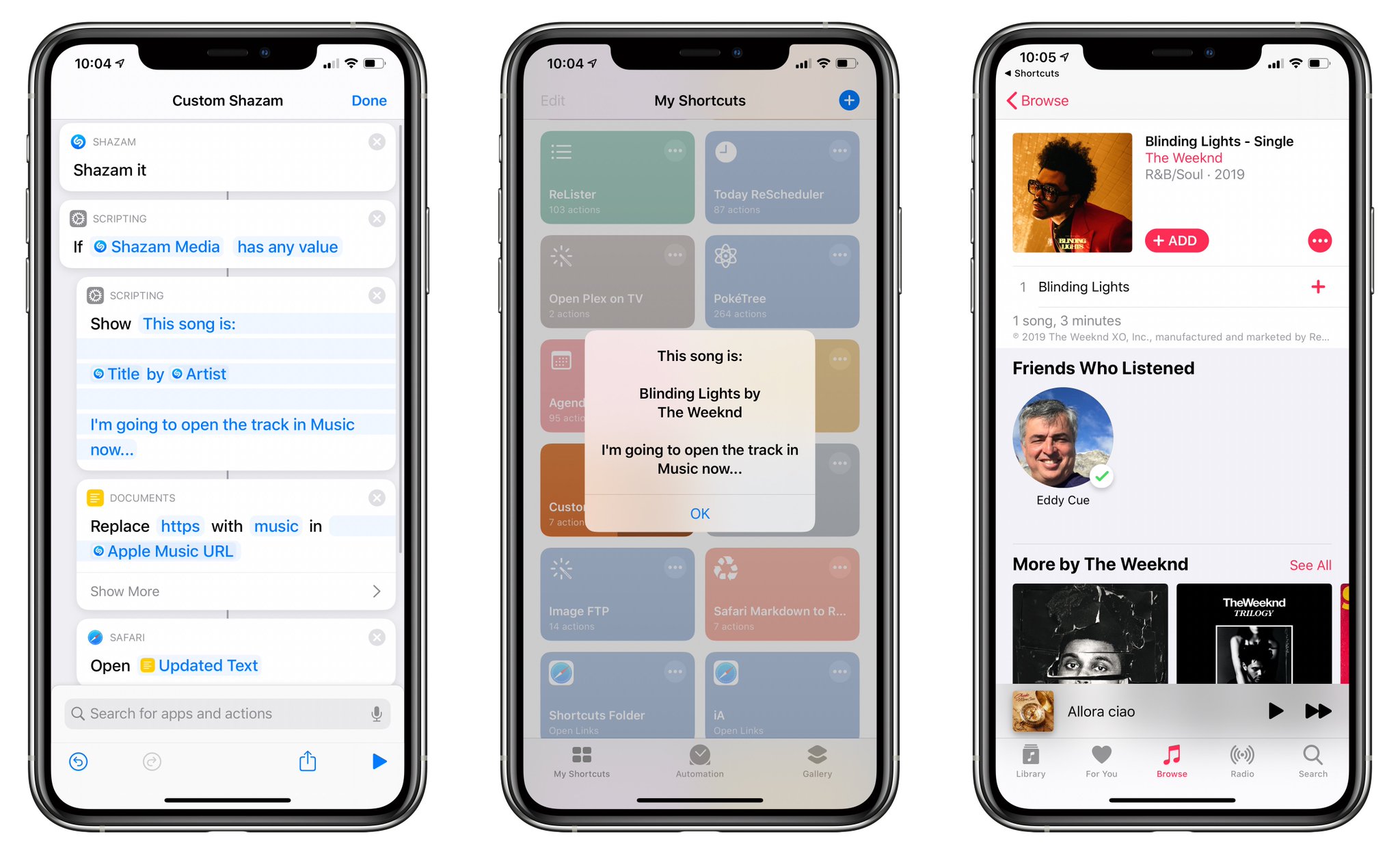 Being able to control Shazam programmatically offers many interesting possibilities regardless of whether it’s the only step in your shortcut or part of a much more complex workflow script.

For example, one could easily build a shortcut to not only guess the song with Shazam by using “Hey Siri”, but also add it to your Apple Music library or playlist (as an alternative, enable the Auto Add Shazams to Apple Music setting in the dedicated Shazam app).