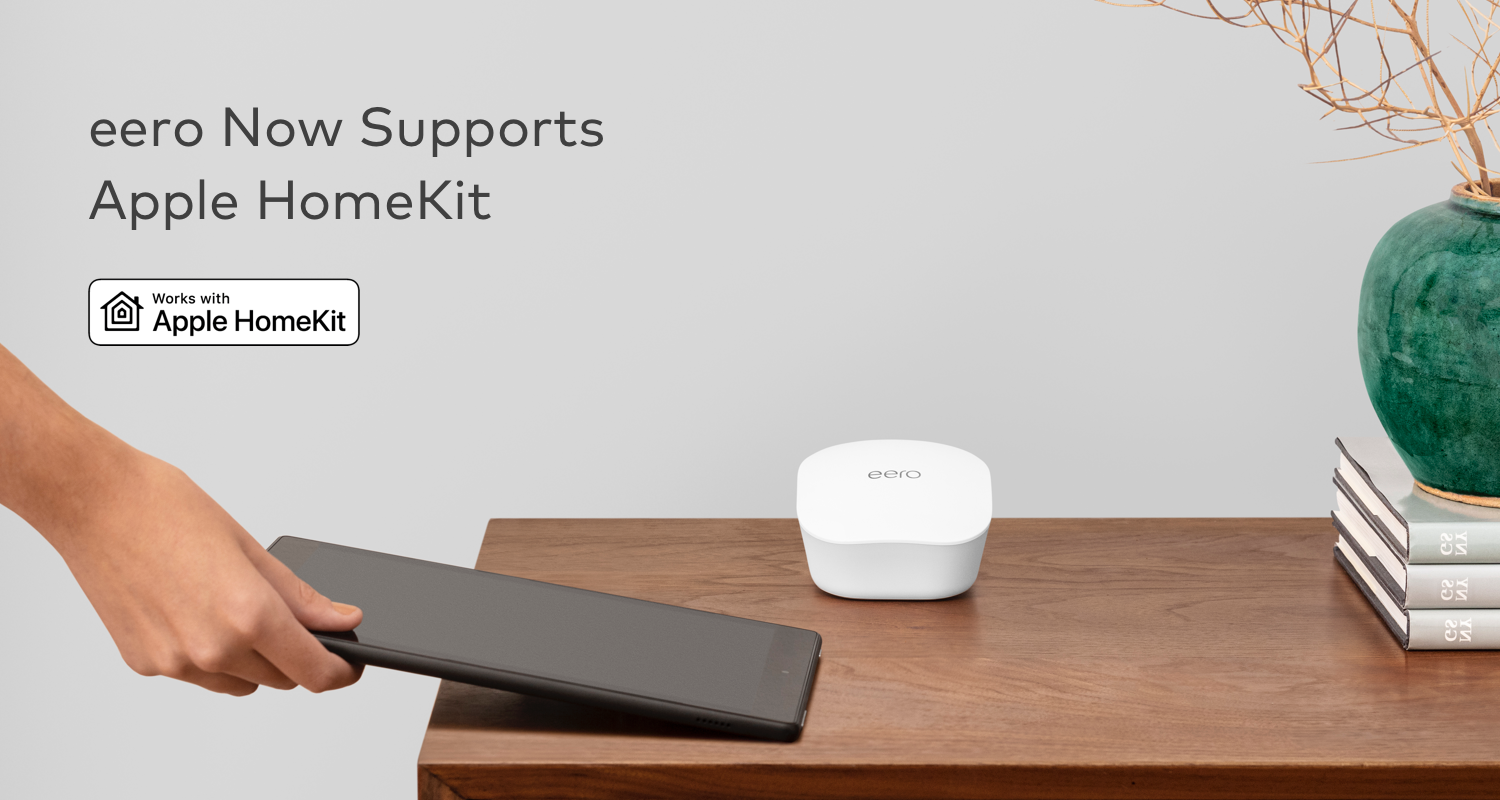 It has been over a year since Amazon acquired Eero, the mesh WiFi router company, and now a major update is rolling out.

Today, Eero announced that its mesh WiFi routers now support Apple’s HomeKit. For those keeping track, that’s eight months after Apple confirmed Eero would be a brand to support HomeKit on routers back in June of 2019. The update with HomeKit support is rolling out now.

We are excited to launch support for Apple HomeKit, adding to eero’s smart home support with Amazon Alexa and Amazon Wi-Fi Simple Setup. You can now add your eero devices to the Apple Home app and bring even more protection to your HomeKit accessories.

There is some fine print, of course. You’ll need any Eero, Eero Beacon, or Eero Pro that’s running the company’s eeroOS 3.18.0 or later software to use HomeKit. To gain access to the Home app, you’ll run through the setup process in the stock Eero app.

Here are the major bullet points from the announcement today:

HomeKit for routers was announced in June of 2019. It was officially added with the rollout of iOS 13, and it’s meant to serve as a firewall of its own to help keep connected devices safe and secure. With HomeKit for routers, devices connected to the secured network can’t talk to devices outside of the home, unless given explicit permission.

Support has been slow, unfortunately. Eero is actually the first to roll it out. However, support from Charter/Spectrum routers, as well as Linksys routers, is coming down the pipe, too.