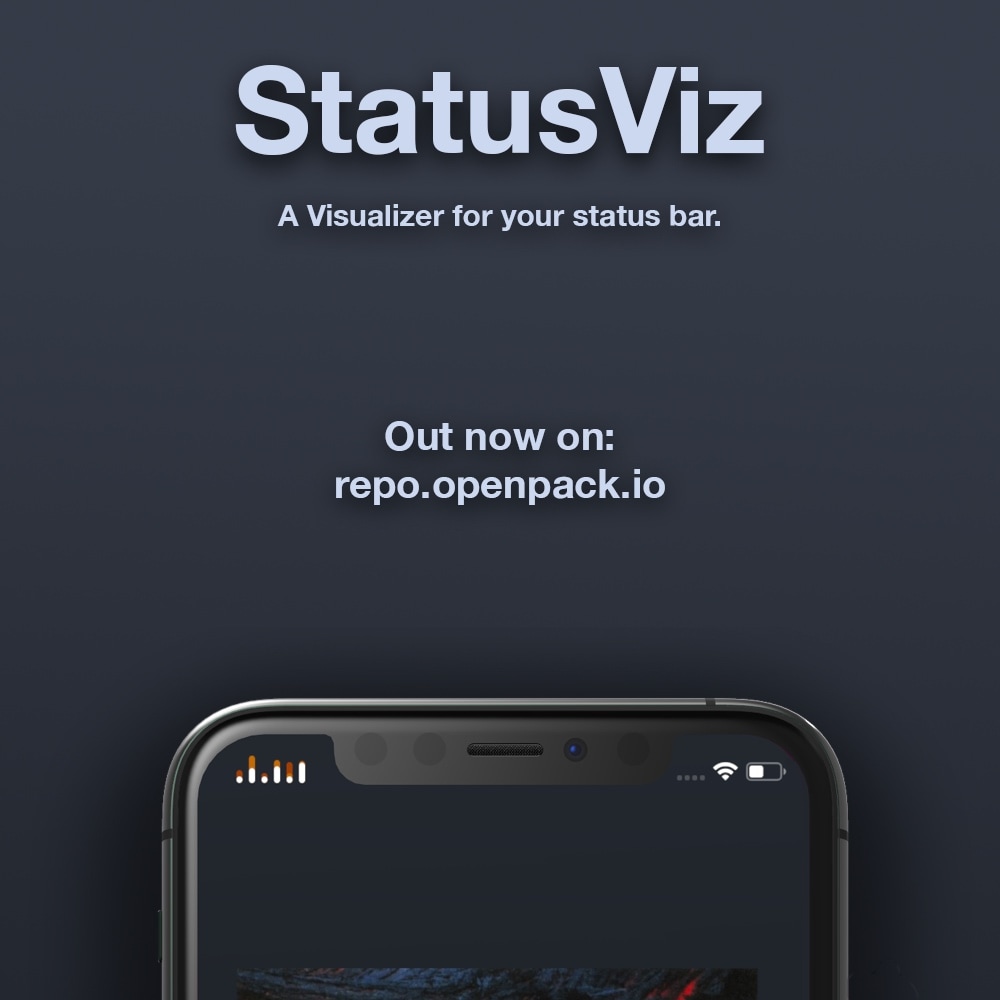 If you’re in the market for a new and quirky doodad that’ll make your liberated iPhone or iPad even cooler than everyone else’s on your block, then you will probably want to check out a newly released and free jailbreak tweak dubbed StatusViz by iOS developer Kritanta.

As depicted in the screenshot example above, StatusViz adds a functional visualizer to the Status Bar whenever any sort of Now Playing audio is active. That said, it not only works with music, but also with Podcasts or any other type of audio you might be listening to.

Visualizers have always been an argumentative tipping point among iOS device users, especially since some people absolutely love them and others can live without them. That said, having one in the form of a jailbreak tweak is ideal since people who actually want them can physically seek them out themselves.

StatusViz is perhaps one of the most unique audio visualizer implementations we’ve seen thus far for the iOS platform, as it fits itself quite nicely into a place that often goes unnoticed with day-to-day smartphone usage.

Once installed, StatusViz adds a single preference to the Settings app where users can configure the visualizer’s sensitivity with a slider bar: 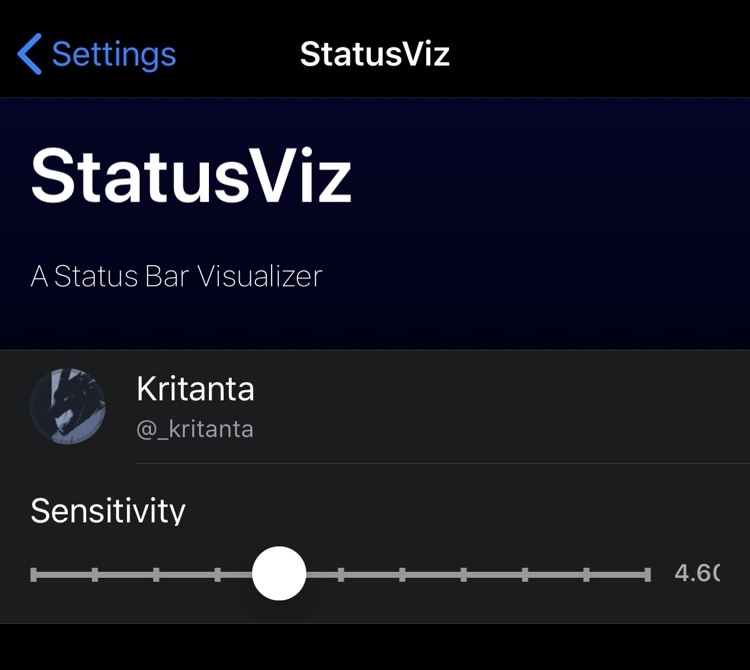 One thing worth noting is that StatusViz appears to be in its early alpha stages, and so it doesn’t always appear when you might want it to. Sometimes opening and closing Control Center seems to make it visible again, but we suspect that the developer will stabilize the tweak as development continues.

Those interested in giving StatusViz a try can download the tweak for free from Kritanta’s repository. If you’ve never used this repository before, then the URL for it that can be added to your preferred package manager is as follows:

What are your thoughts about StatusViz as a visualizer system for iOS? Let us know in the comments section below.