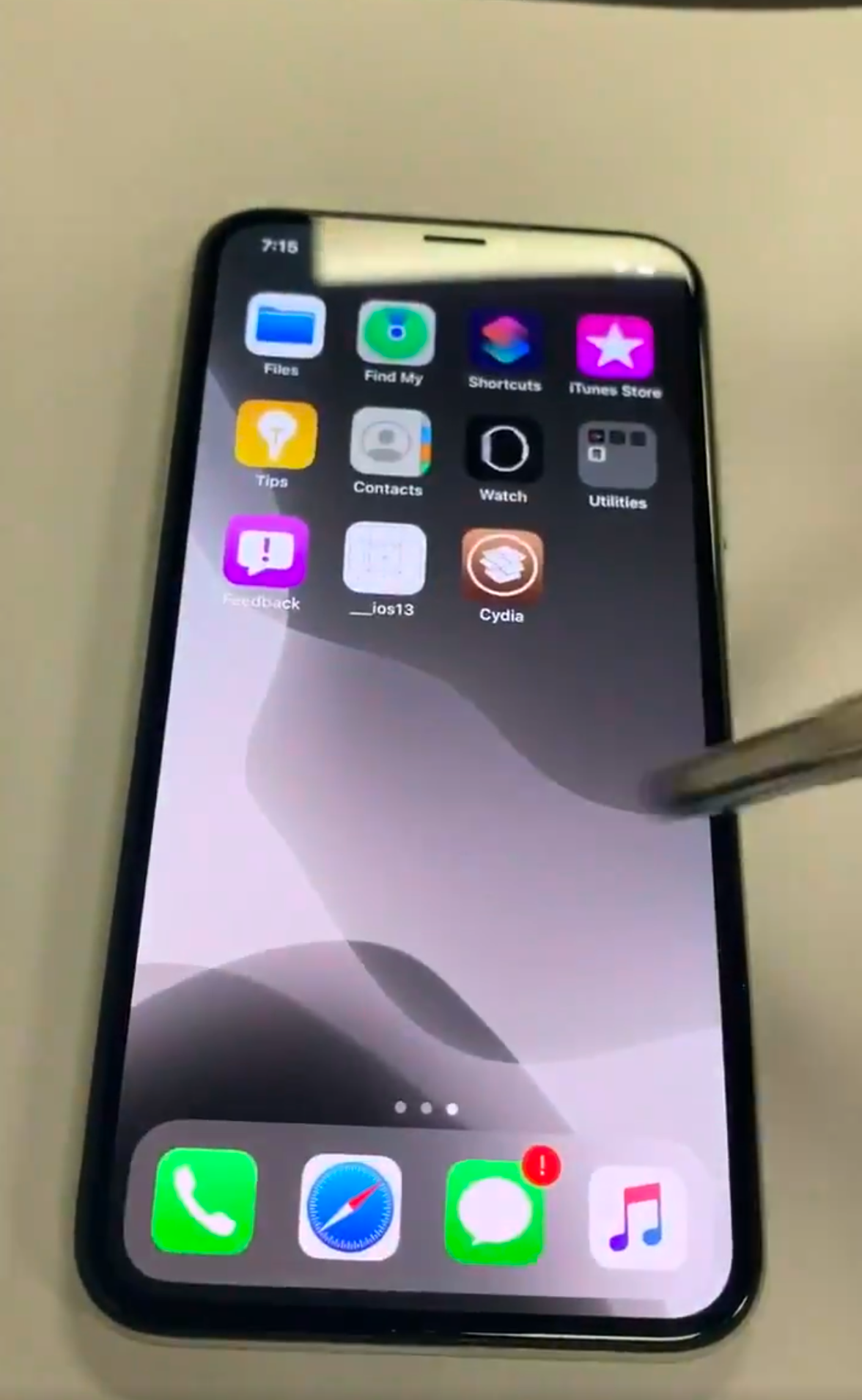 It’s no secret that the checkra1n jailbreak tool the jailbreak community by storm. But despite being unfixable by Apple, it’s still always comforting to see a newfangled jailbreak demonstration, especially when it happens on Apple’s latest firmware and when checkra1n isn’t the method of pwnage.

A Tweet with an embedded video demonstration shared Monday afternoon by Twitter user @08Tc3wBB appears to demonstrate an iPhone X on iOS 13.3.1 beta 3 being jailbroken with the assistance of an unknown side-loaded jailbreak app.

We can see from the video that no Lightning cable is present, and so we can tell right off the bat that this isn’t checkra1n at work. Instead, this is a custom jailbreak app that calls upon the help of a tfp0 exploit.

It remains to be seen what tfp0 exploit is being used to achieve this jailbreak, but we can only presume that one teased more than a month ago by the same Twitter user could be the culprit.

Initially, the aforementioned exploit was demoed on an iPhone XS Max running iOS 13.3. If the same exploit is being used in this new teaser, then this would mean that Apple hasn’t yet patched it in iOS 13.3.1, which has yet to see a public release as developer beta testing continues.

There’s no telling if @08Tc3wBB will release this exploit, keep it for himself, or cash it in using Apple’s bounty program. The tease didn’t include any details regarding these matters.

Are you excited to see iOS 13.3.1 jailbroken? Discuss in the comments.