Fiat Chrysler Automobiles (FCA) has unveiled the newest version of its popular Uconnect infotainment system, and it will finally boast an oft-requested feature baked in.

The new Uconnect 5 is totally redesigned (via MacRumors), built from the ground up to prioritize the overall user experience (UX). It’s more responsive, and easier to navigate, all the while built upon Google’s Android platform. The new software has many new features, including support for up to five individual profiles for customization, Amazon‘s Alexa, and wireless Apple CarPlay.

It also supports the wireless version of Android Auto. And with Uconnect 5, FCA says CarPlay will now be supported on 100% of the company’s automobile offerings in North America:

With the new infotainment system, folks who use the appropriate Alexa skill will be able to ask Amazon’s digital assistant to turn their car on, lock/unlock their doors, and more. Alexa is also supported directly in the car, too, letting drivers request to play music and more:

With Alexa built-in, occupants can ask Alexa to play music, podcasts and audiobooks; add items to their to-do list; check news, weather, traffic, sports and other real-time information; and access tens of thousands of Alexa skills. Responses and streaming audio are delivered through the vehicle’s audio system, allowing anyone in the entire vehicle to easily interact with Alexa.

Unfortunately, FCA has not disclosed when the Uconnect 5 infotainment system will launch, and in which vehicles it will be available. Hopefully that information will be provided soon. 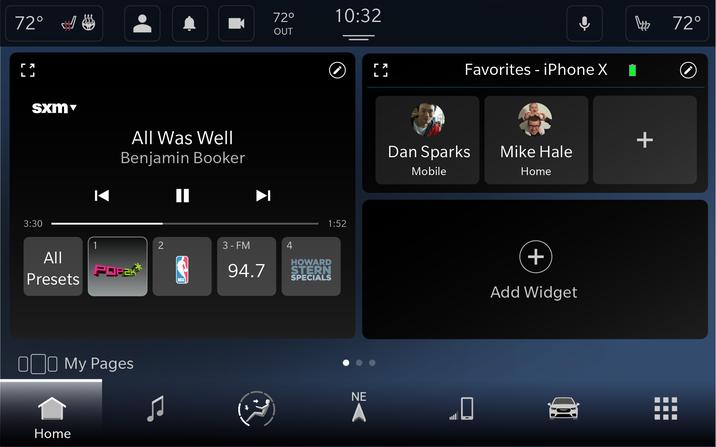 Wireless CarPlay makes it possible for users to take advantage of the in-car system without connecting their device via a cable. It’s pretty useful, but the feature has so far been inaccessible in many automobiles. Companies like BMW, Audi, and Porsche already support the feature, but it absolutely has plenty of room to grow.

Especially if the rumors of Apple launching a completely wireless iPhone in 2021 really do pan out.