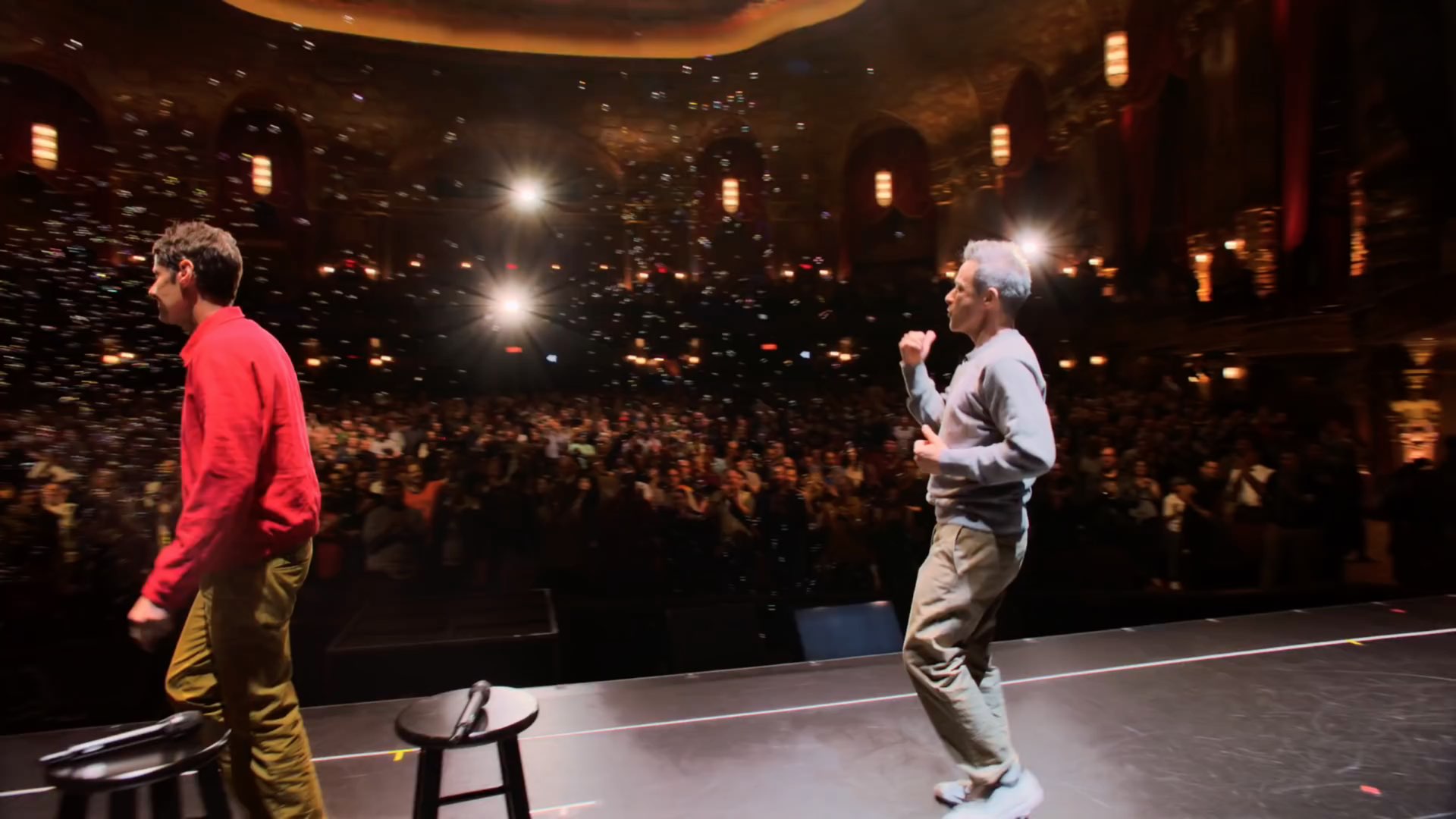 The new documentary “Beastie Boys Story” is coming to Apple TV+ in April, and the Mac maker yesterday shared a teaser video for this upcoming live documentary experience.

Apple TV+ has secured the distribution rights to this documentary which covers the 40-year friendship between band members Adam Horovitz, Mike Diamond and Adam Yauch, who died in 2012 at the age of 47. As we reported earlier this month, legendary filmmaker Spike Jonze (“Her”, “Being John Malkovich”) will be the producer of this project (he also directed the music video for the band’s hit song “Sabotage”).

Shot at the King Theater in Brooklyn, New York, “Beastie Boys Story” is being described as a live documentary experience.

Apple wrote in the video’s description:

Here’s a little story they’re about to tell… Coming April 24 to ‌Apple TV‌+, Mike Diamond and Adam Horovitz share the story of their band and 40 years of friendship in a live documentary directed by friend, collaborator and their former grandfather, Spike Jonze.

According to Variety, “Beastie Boys Story” was a byproduct of Horvitz and Diamond’s work on the retrospective “Beastie Boys Book,” released by Random House in October 2018. The release of the documentary coincides with the 26th anniversary of the band’s album “Ill Communication.”

Here’s a video of Mike D and Ad-Rock sharing stories from their “Beastie Boys Book” memoir on
“The Tonight Show” with Jimmy Fallon. They also reveal the acronym behind their name and talk about the prank Adam Yauch pulled on Ad-Rock that took 15 years to pay off.

“Beastie Boys Story” will first premiere in IMAX theaters on April 3 before making its debut on the Apple TV+ streaming service on Friday, April 24.

For more information about “Beastie Boys Story”, head over to its Apple TV+ page.

Are you a fan of Beastie Boys? If so, do you plan on watching this documentary?