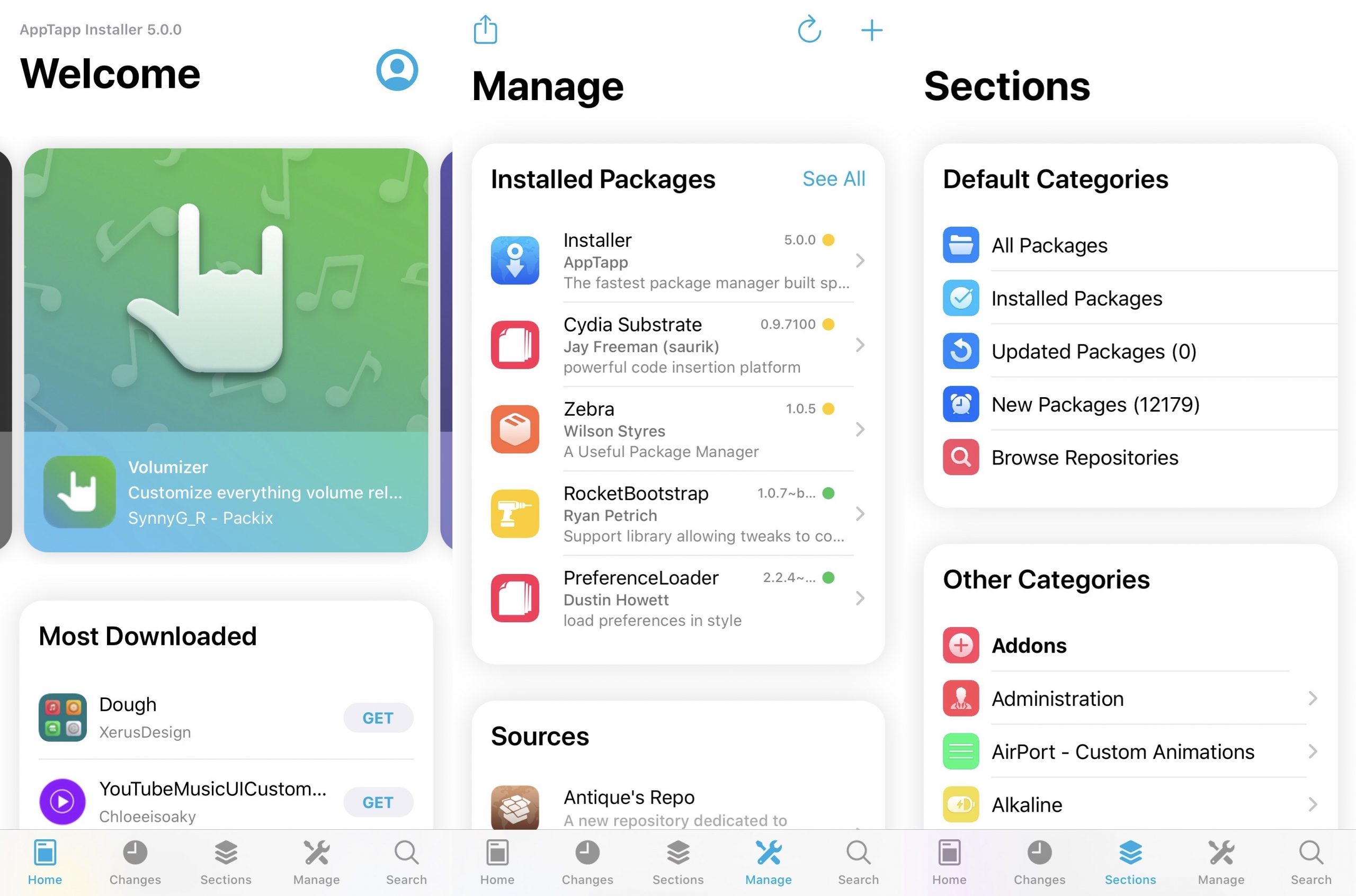 It was only a couple of weeks ago that the Zebra package manager came out of beta to become publicly available to jailbreakers who wanted to a modern alternative to Cydia, but as of today, Zebra isn’t the only option.

Announced just this morning via the AppTapp Twitter page, it now seems that Installer 5 is officially out of beta and can be installed on jailbroken handsets running iOS 10 and later. Veteran jailbreakers may already be familiar with Installer, but the latest iteration has been rebuilt with newer versions of iOS in mind.

Citing the official announcement post on the project’s web page, Installer 5 is allegedly one of the fastest package managers available for jailbroken iOS, and it implements a plethora of useful features to help you get started. For the best user experience, users will want to create an AppTapp account, but you can also try Installer 5 without creating an account.

Here are some of the features Installer 5 brings to the table for potential users:

– All purchased packages in one view
– Allow changing the language to any desired language
– Automatic category uncluttering
– Automatic dark mode switching on iOS 13
– Backup your jailbreak setup
– Biometric authentication for package tasks
– Blue dark mode
– Clear icon & screenshot cache
– Community based featured packages
– Downgrade packcages
– Exact or Fuzzy search
– Fastest package installation available
– Fastest source refreshing
– Follow a developer and get notified when they release a new package
– Hide or show several elements on the package cells
– Hide updates
– Ignore updates
– Importing repositories from other package managers
– Log in to all stores in one view
– Native depictions using Sileo’s json
– Native parsed depictions for ModMyi, Zodttd, & BigBoss
– Notifications instead of alerts
– OLED dark mode
– Option to automatically show web depictions over native depictions
– Package search history
– Rate packages
– Removing a package from the queue does not dismiss the whole queue
– Restore your jailbreak setup from a backup
– Review packages
– See conflicts before install
– See dependencies before install
– See how many packages you have installed per repository
– See if a package needs a respring before installation
– See more packages from a developer regardless of the repository they are on
– See when a repository was last updated
– Share source list
– Sileo’s payment API support for seamless package payments
– Sort packages by repository
– Trending search terms
– Tweak compatible indicators for all packages
– Wishlist for packages

If you like what we see so far, then here’s a teaser video to sweeten the deal:

Installer 5 can be installed alongside Cydia and Zebra without outright replacing them, which is something that can’t be said about the botched Sileo release for the checkra1n jailbreak. Those interested in trying Installer 5 can do so by adding the following repository to their preferred package manager:

Will you be downloading and trying Installer 5 on your jailbroken iPhone or iPad? Share in the comments below.