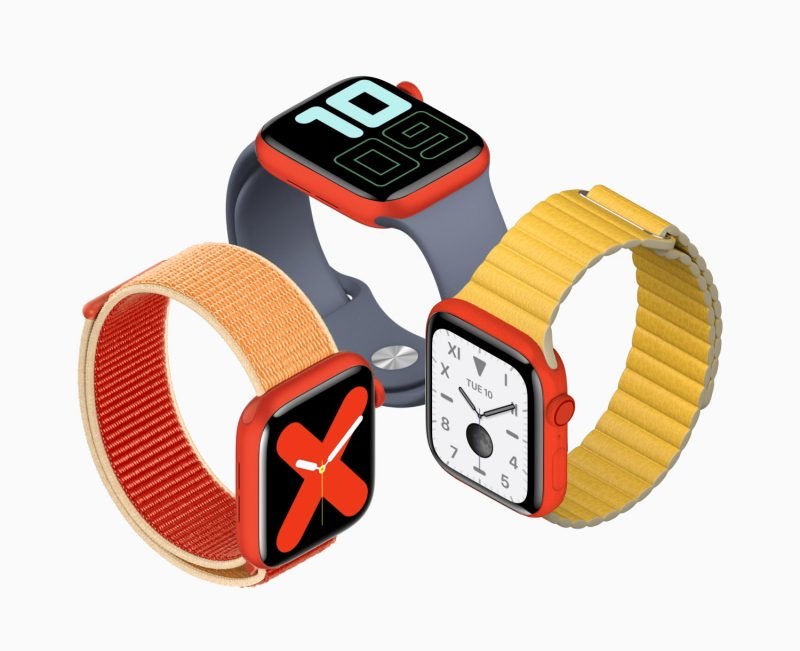 While the Apple Watch Series 5 launched earlier this year, it sounds like a new variant of the smartwatch may launch sometime next year.

According to a report on Monday from WatchGeneration (via MacRumors), Apple is planning to launch a new Apple Watch Series 5 variant, this one being a (PRODUCT)RED option. The initial report indicates that the new Apple Watch variant popped up in an unspecified Apple database recently. That database suggested it would be an aluminum model, and that the red color would be similar to what’s available with the iPod touch.

When will this RED Apple Watch Series 5 be introduced? Anyone’s guess! The report indicates that it will launch sometime in 2020, if at all. There is no firm launch date pegged down just yet, or circled on the calendar, at least not yet.

It’s possible that it launches in the spring, though. So if you’re in the market for a new Apple Watch Series 5, and would like a red model, it may be worth waiting a little while. Of course, this could all lead to nothing and Apple’s initial plan here could sputter out without a RED Apple Watch Series 5 ever seeing the light of day.

But hey, here’s hoping! Apple donates a portion of the proceeds from (PRODUCT)RED product it sells, and it stands to reason that a RED Apple Watch would be pretty popular.

What about you? Would you consider buying one? Or know anyone who would? Let us know in the comments.