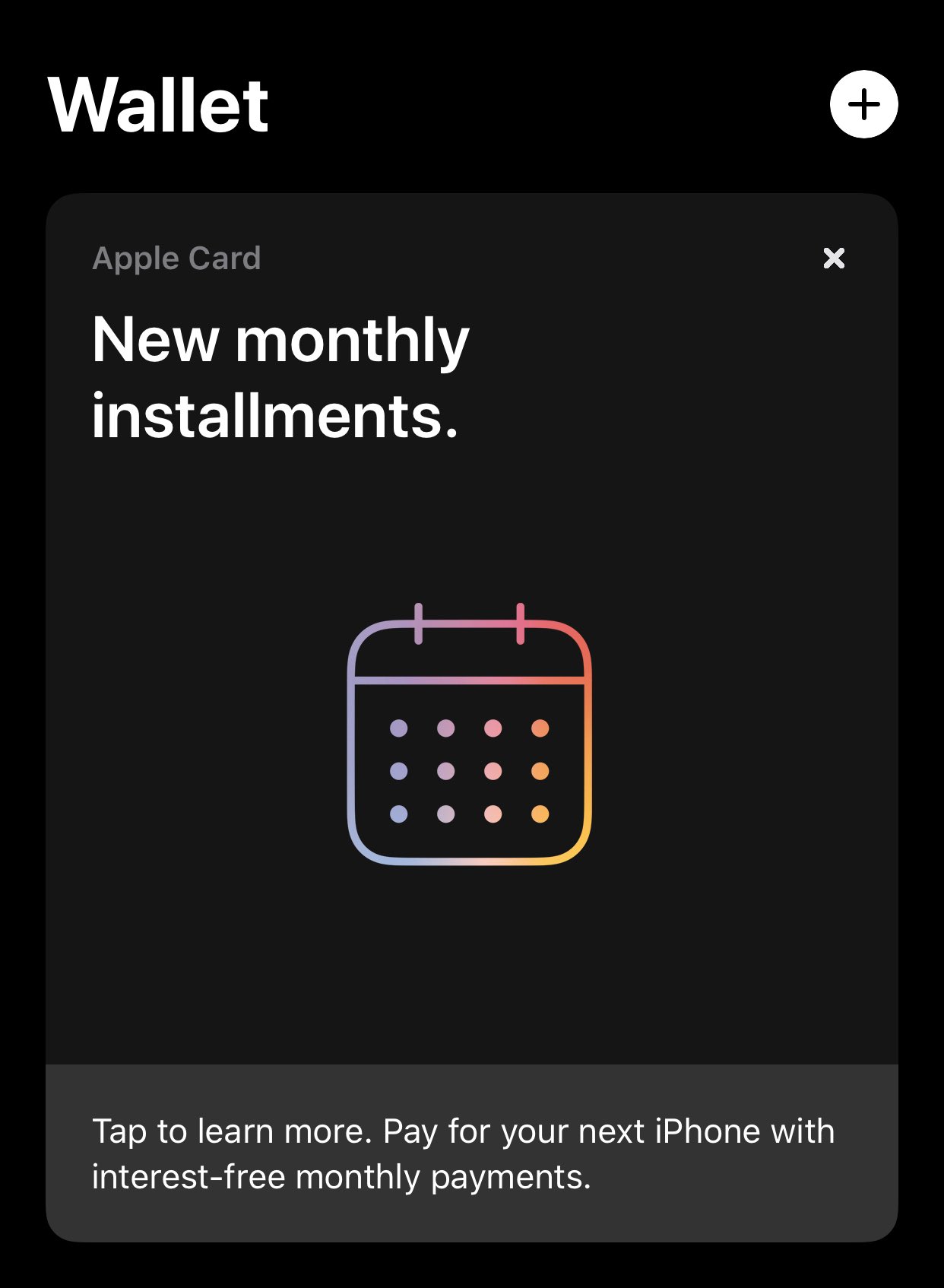 As rumored, Apple recently increased the sickness of its ecosystem by offering Apple Card holders the option to pick up a brand-new iPhone and pay monthly, interest-free, and now the company is advertising the offer in the Wallet app.

And rather aggressively, according to MG Siegler who tweeted out the image shown top of post sporting an almost fullscreen Apple Card advertisement in the Wallet app. The ad is only displayed to people who signed up for Apple Card, which currently is limited to the US.

Apple is free to advertise their offerings however they see fit, but its customers are not accustomed seeing ads in the stock iOS apps. In fact, while many other companies freely resort to aggressive marketing like that, Apple doesn’t get a free pass from its user base at all.

This is hardly the first time Apple has used iOS and its own apps for promotional purposes.

In February 2019, for instance, the Cupertino tech giant was criticized for bending its own rules by using push notifications to promote Apple Music. According to the App Store review guidelines, push notifications “should not be used for advertising, promotions or direct marketing purposes.”

Also, members of the iPhone Upgrade Program are used to seeing a notification in the Apple Store app for when new iPhone models are available.

If you’re an Apple Card user, have you seen Apple’s ad in the Wallet app yet? If so, is Wallet an appropriate place to shove Apple advertising down our throat? And should we hold the company to a higher standard and criticize it for leveraging its own app to push ads at people?