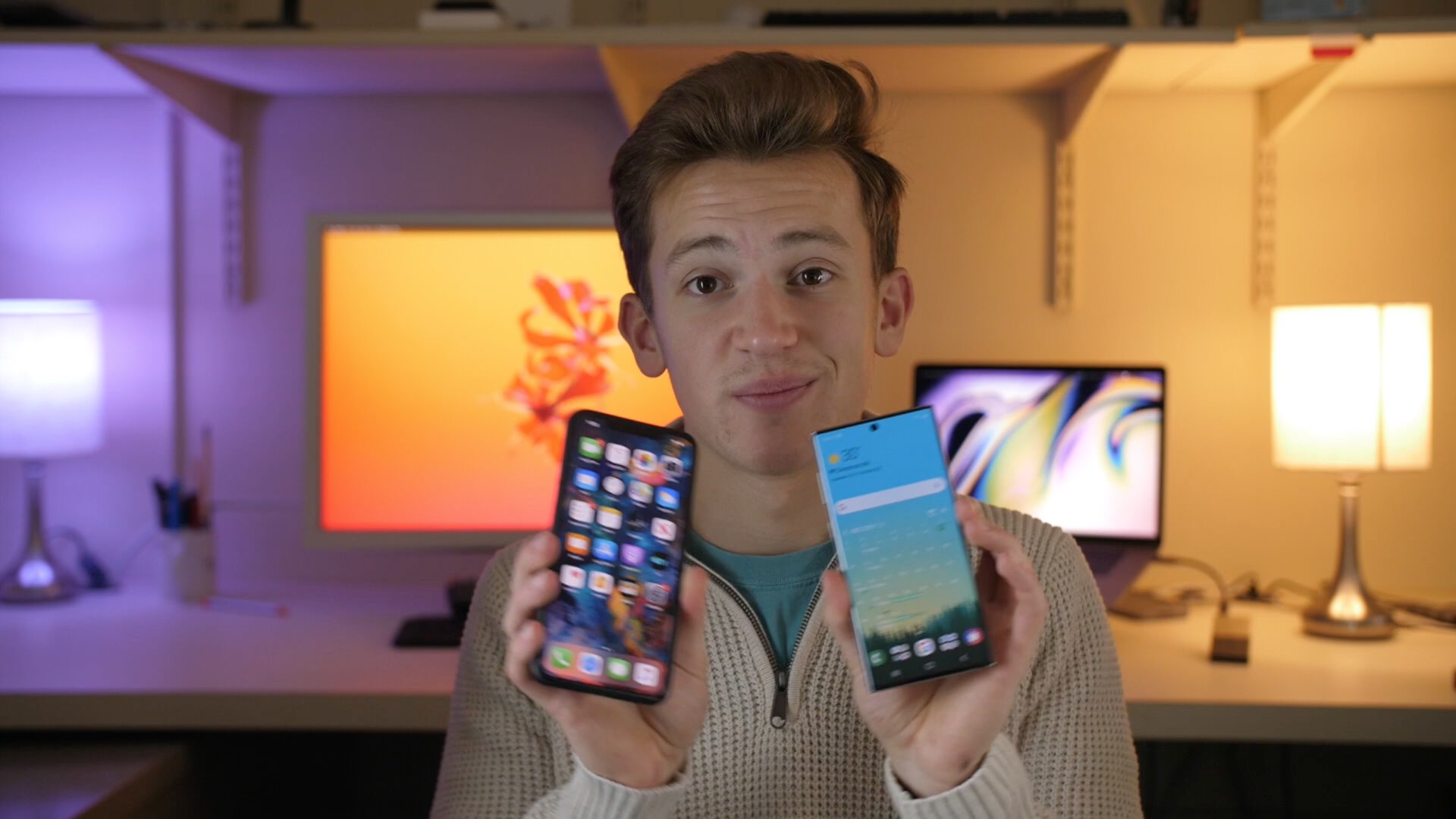 Samsung unveiled its Note 10 smartphone on August 7, about two months before Apple announced its flagship iPhone 11 Max device. We thought iDownloadBlog readers who may be in the market for a new smartphone might be interested in learning about the key differences between the two phones so we’ve put together a nice little hands-on video walkthrough.

As a Max user myself, I agree with Harris when he says that the iPhone XS Max and iPhone 11 Pro Max with their fullscreen design and reduced bezels have actually made large iPhones quite manageable. And the larger the phone, the bigger the battery it can accommodate.

With the iPhone 11 Pro Max, Apple was able to deliver the longest battery life of any iPhone — it lasts up to 4 hours longer than the iPhone XS — by having the courage to engineer a slightly thicker device with the additional space used to house a more capacious battery inside.

Check out Harris’s video comparison embedded right ahead. Or, if you don’t have the time to sit through the twelve-minute video right now, save it for later.

As we reported earlier this week, the 2020 iPhone refresh could bring another battery boost for users thanks to a smaller battery protection circuit that eliminates the need for a holder case potentially paving the way for a slight increase in battery capacity.

Of course, this video represents just one writer’s experience between Apple’s top smartphone and the latest Note. Your opinion is as good as ours so we’re eager to hear it.

What do you think about our video comparison of Apple’s and Samsung’s flagship phones? Are you team Apple or Samsung and what would it take to make you switch to the “other” side?

Let us know by sharing your comment down below.