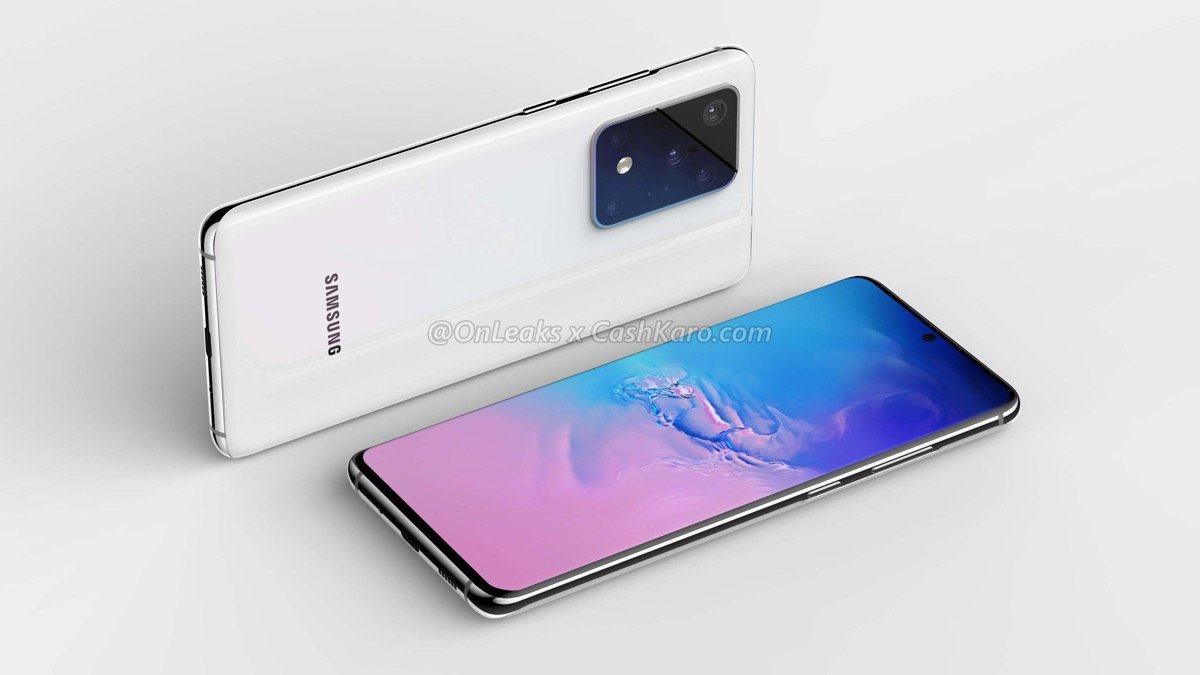 Samsung reportedly plans on countering Apple’s improved camera system on the latest iPhone 11 series with a “giant photographic arsenal” strapped to the back of its 2020 flagship phones.

Concretely, the next Galaxy will come outfitted with a whopping 108-megapixel camera sensor.

Like we saw with other high-resolution Android cameraphones, you won’t be getting true 108-megapixel photos with the next Galaxy but rather their 27-megapixel counterparts created by combining 2×2 squares of pixels into a single, larger unit exhibiting increased sensitivity to light, resulting in improved low-light imaging and better photographs overall.

The upcoming Galaxy S11 series will reportedly also boast a periscope-like zoom lens with 5x optical zoom. Periscope design, based on work by Israel-based Corephotonics which Samsung acquired this year, should help prevent the camera module from sticking out in the back of the phone because the optics are “folded” inside a module that’s only 5mm thick.

The Korean company is preparing the biggest overhaul to the cameras on its flagship phones for next year, according to people familiar with the company’s plans. Its upcoming Galaxy S11 will sport a 108-megapixel sensor for the main camera — versus the iPhone 11’s twelve-megapixel sensor — flanked by three more on the back of the device including an ultrawide-angle lens and 5x optical zoom, they said.

According to a recent report by Korea’s The Elec, Samsung’s 108-megapixel sensor was designed in partnership with Xiaomi. It uses a quad-bayer filter, a larger 1/1.33-inch size and Smart-ISO technology that automatically adjusts the sensor’s ISO levels to compensate for brightly or dimly-lit environments. It can also capture video without losses at up to 6K resolutions (6,016-by-3,384 pixels) at 30 frames per second versus 4K video capture at up to sixty frames per second on the latest iPhone.

As noted by Engadget, the new Samsung sensor is around three quarters of the size of the 1-inch sensor found in Sony’s RX100 VII compact camera. Thus far, the Galaxy maker has used the same size 12-megapixel sensors ever since 2016’s Galaxy S7 series.

The sensor is set to appear in Xiaomi’s upcoming Mi Mix Alpha 5G concept phone and it’s already available on the Mi Note 10. Aside from the Galaxy S11, 108-megapixel image capture along with 5x optical zoom cameras should made their way into Samsung’s upcoming Galaxy Fold clamshell device, which is said to be set for reveal around February.

Those and other advances may help Samsung leapfrog Apple and other competitors in terms of smartphone imaging and other capabilities so it’ll be interesting seeing how Apple responds to Samsung’s camera innovations with its own iPhone upgrade next year.

The marquee device will also adopt a time-of-flight sensor for depth detection similar to one already in the Note 10+, a feature that can aid portrait photos and augmented-reality applications, the people said, asking not to be identified discussing specifications that haven’t been made public.

The Elec reported in September that the upcoming 2020 iPhones and iPads will also feature enhanced 3D sensing via rear cameras, based on time-of-flight (ToF) calculations that measure the time it takes for light to bounce off objects.

MacRumors has more on that:

The new camera is said to be able to scan areas up to 15 feet from the device. The front-facing TrueDepth camera uses similar 3D technology, but because it’s infrared and not laser-powered it only works at distances of 25 to 50 centimeters.

Apple’s upcoming 3D sensor is said to form the basis for all of its future AR/VR plans moving ahead, Bloomberg reported last month. There’s no question that the next Galaxy will generate excitement in terms of smartphone photography, especially given its nearly 6-month lead time over the next iPhone upgrade cycle.

The raft of new features signal Samsung’s renewed commitment to mobile photography after years of minimal innovation and an attempt to catch Apple in the camera stakes.

The deluge on the camera front joins the introduction of foldable devices and fifth-generation wireless connectivity as core pillars of Samsung’s hardware strategy, features Apple won’t be able to match until its next iPhone refresh in September.

As for the Galaxy S11, the current Galaxy S10 smartphones were announced on February 20 so we don’t expect to see the next Galaxy until at least Spring 2019.

What do you think about the rumored camera advances on the Galaxy S11?