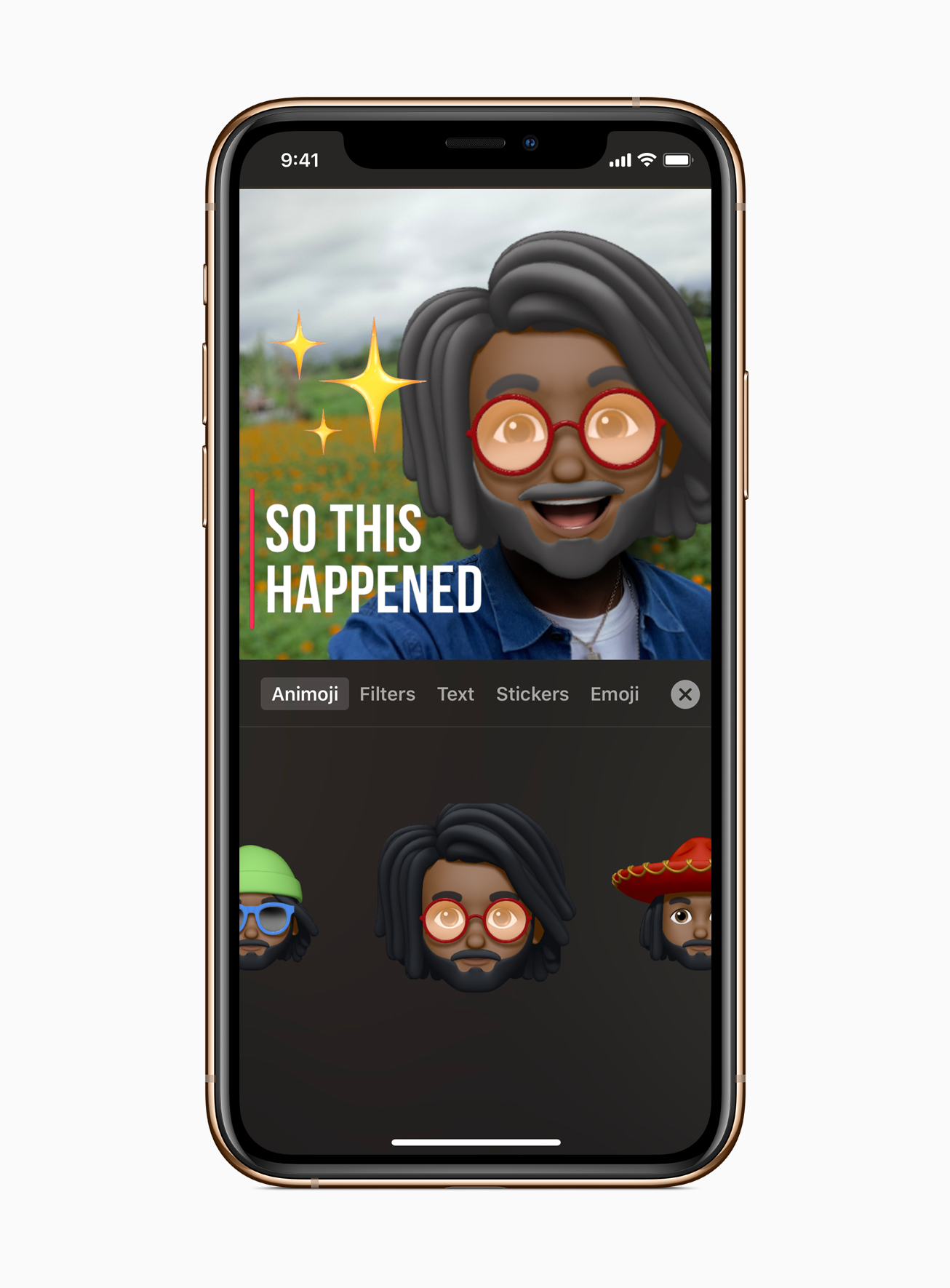 Apple has updated its free video editing app for iOS Clips with support for Memoji and Animoji, Mickey and Minnie Mouse stickers and a new winter-themed poster. The new content is available in the new 2.1 version available for download from the App Store.

Clips help iPhone and iPad users create personal video projects, slideshows and mini-movies with easy-to-use but advanced video features like Live Titles and automatically-generated animated captions. The app includes dozens of filters, animated stickers and full-screen animated posters, along with more than 60 soundtracks which automatically adjust to match the length of the videos. The app also the video contents and subjects to automatically make sharing suggestions by Messages, to make it easier to share your works with friends and family.

The new 2.1 release integrates the Memoji that you’ve already created in Messages – they now appear in Clips. You can layer Animoji and Memoji video clips with the other Clips features, like artistic filters, animated text and music.

You can also swap out different Animoji in a video after it’s been recorded. Animated stickers and emoji will automatically follow the movements of your face when you’re using the front-facing camera. The new Animoji and Memoji features require the TruDepth camera system found on Apple’s iPhone X and later.

Other new features in Clips 2.1 include a “Let it Snow” poster for winter, seven new Mickey Mouse and Minnie Mouse stickers, and support for right-to-left languages including Arabic and Hebrew.

Clips requires an iPhone 6s or iPhone SE or later with iOS 13 or later.

Are you a Clips user? Excited to use Animoji and Memoji in your videos? Sound off in the comments!