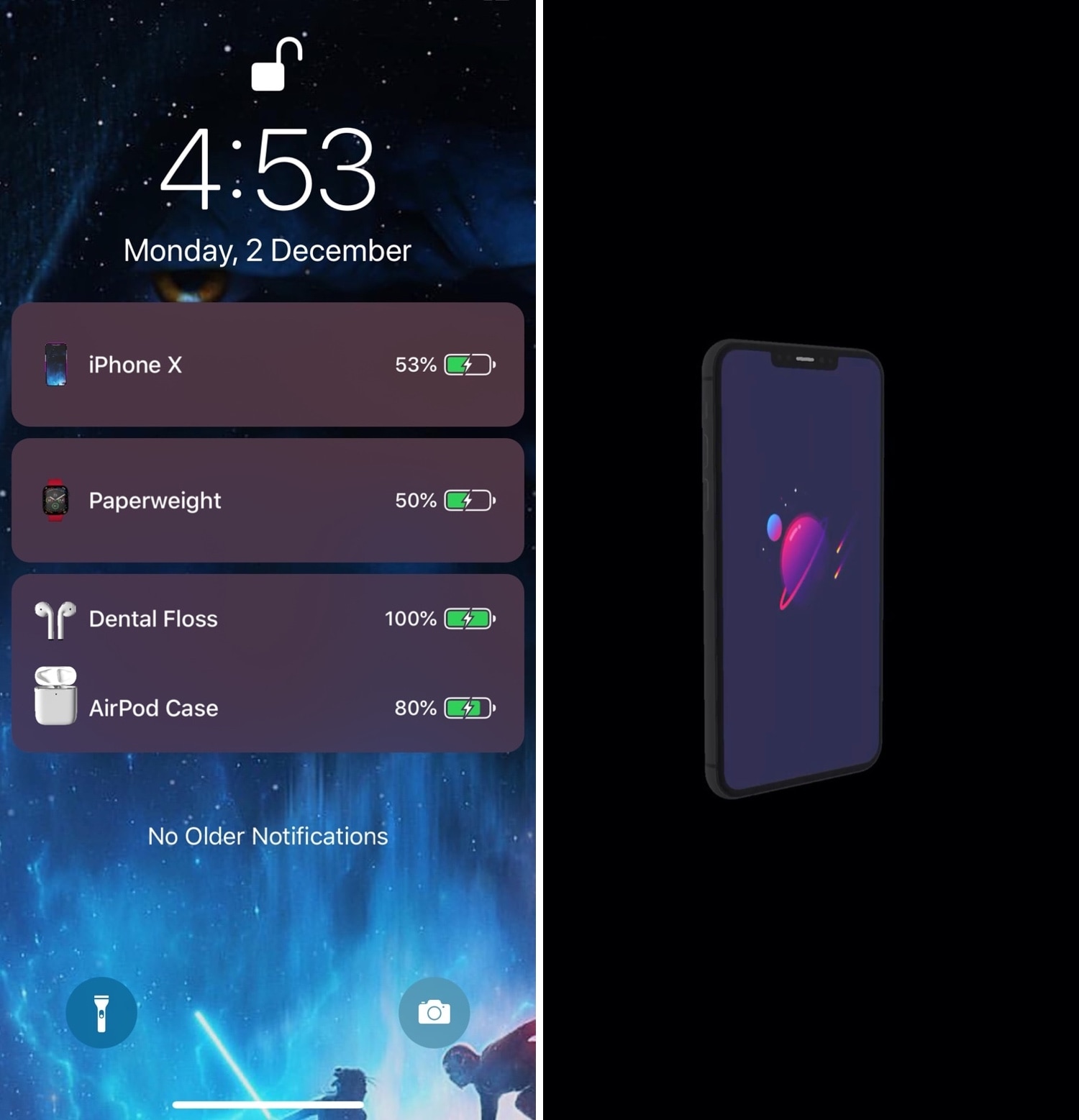 Before Apple abandoned its plan to release a first-party all-in-one wireless charging station slated to be called AirPower, the company also showed off some rather appealing charging banners and animations to accompany it. Sadly, those quirky bells and whistles died with AirPower, and Apple never bothered to enable them for other Qi-enabled wireless charging solutions.

Jailbreakers don’t have to do without, however. Maple 2 is a newly released jailbreak tweak by iOS developer LaughingQuoll that brings these fantastic charging features to pwned devices, and even better, the tweak can be customized more profoundly than Apple ever would have permitted out of the box in a native implementation.

Above, you’ll see some examples of Maple 2 displaying a bevy of charging banners on the Lock screen. These banners appear as the iPhone itself and connected Bluetooth accessories begin charging, and in the example, you’ll see a banner for the iPhone, a banner for a paired Apple Watch, and a combined banner for a pair of AirPods and their charging case. Each banner displays an icon, the device’s name, and current battery charge level.

On the right, you’ll notice a picture of an iPhone. This is actually a screen grab from an animation that appears right as the iPhone begins charging. The animation is akin to what Apple showed off while unveiling AirPower, and when you begin charging your iPhone, it appears momentarily before disappearing into the charging banner.

Just as the name implies, Maple 2 is the second iteration of a largely popular add-on for jailbroken handsets, and it brings a lot to the table in terms of improvements, including:

Upon installing Maple 2, you’ll find a preference pane in the Settings app where you can configure the tweak to your liking: 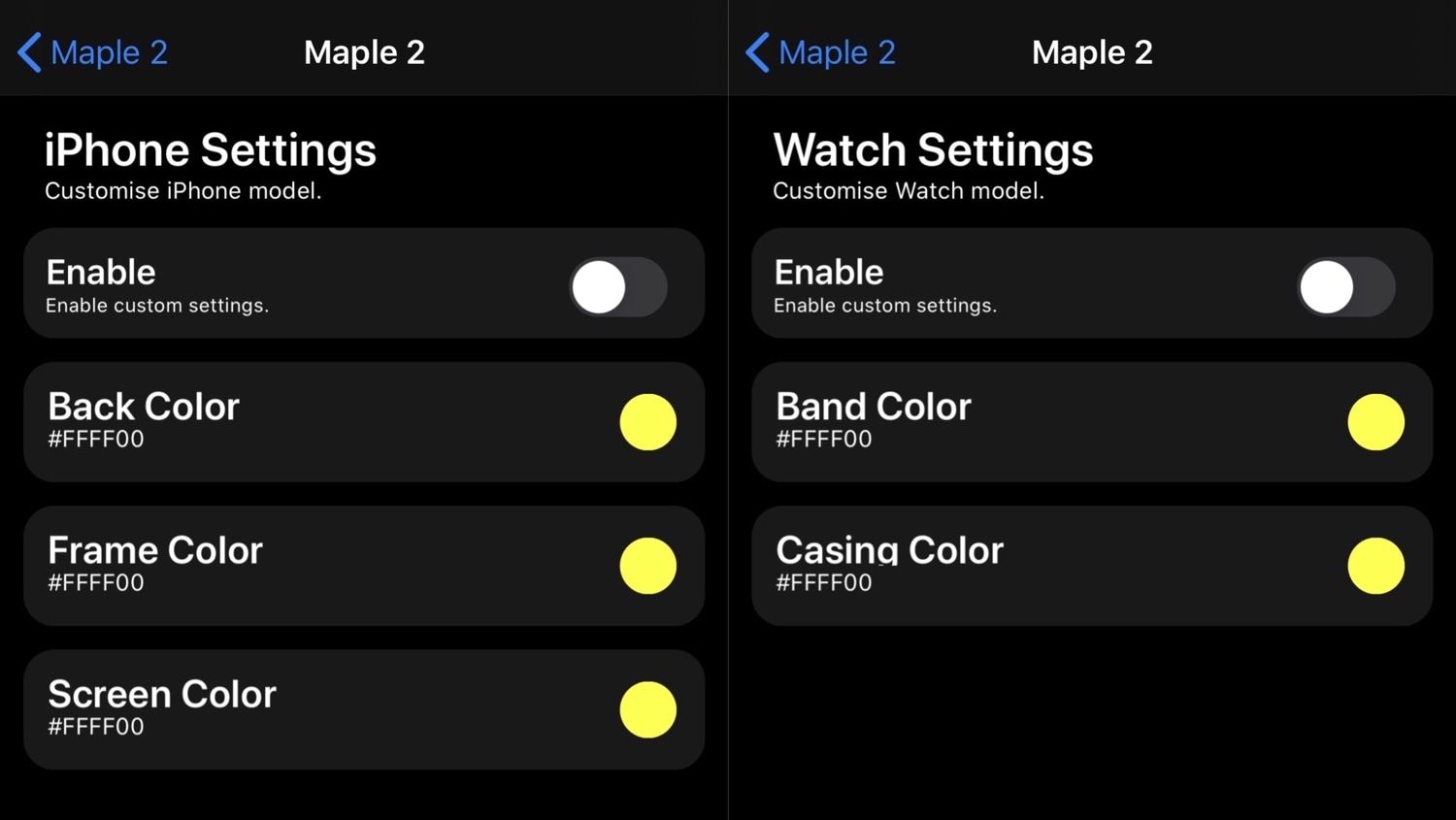 The developer includes a Respring button at the bottom of the preference pane, and this is used to save any changes you make.

From what we can tell, Maple 2 truly is a juicy upgrade from the original Maple tweak. It offers new features and helps make your jailbroken device on iOS 13 or 14 more interesting right out of the box.

Unfortunately, owners of the original Maple tweak can’t download Maple 2 without paying an upgrade price of $1.49. New users can purchase Maple 2 from the Packix repository for $1.99 from their package manager of choice.

Will you be downloading Maple 2 on your jailbroken iOS 13 device? Let us know in the comments section.