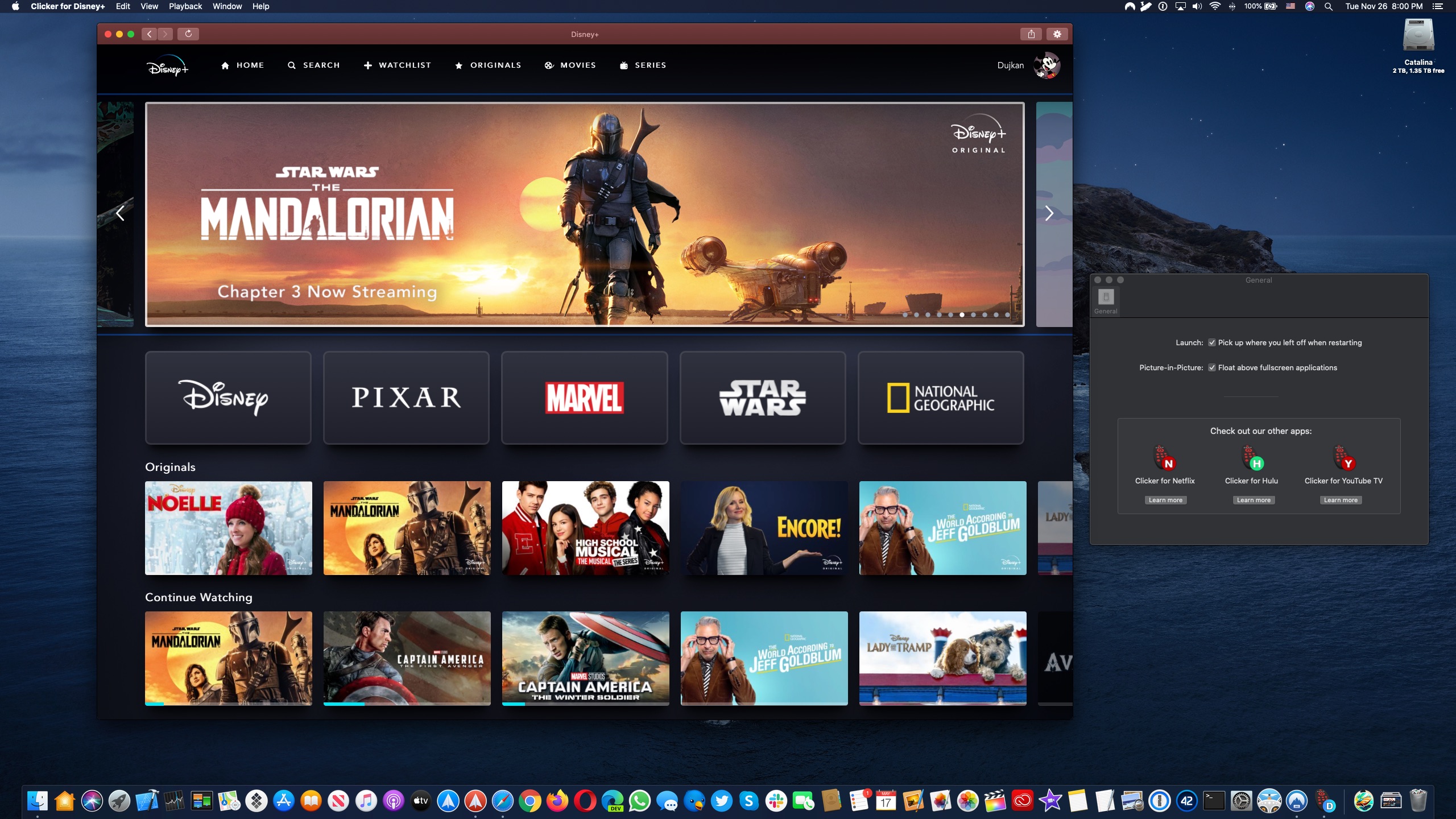 Courtesy of Drew Koch, the same guy who brought us a native Netflix player for Mac with Picture-in-Picture support, Mac users now have two additional native streaming clients at their disposal — one for the Disney+ streaming service and the other for Hulu.

And while these apps are basically wrappers for the aforementioned video-streaming services, they’re not dumbed down like those Electron apps often are. Quite the contrary, the Clicker apps bring a native streaming experience to your Mac and enable features that their web-based counterparts lack, such as Picture-in-Picture multitasking mode.

Clicker for Disney+ lets you quickly launch the new video streaming service by the Mickey Mouse house, right from your Mac’s Dock. The app feels fast and responsive, which is important because Disney+ currently lacks a native Mac app, forcing you to use their service on computers through a desktop web browser which is usually too clunky a solution.

Being native means Clicker for Disney+ supports other macOS platform technologies, like the handy Picture-in-Picture multitasking modes to make it easy to watch Disney+ in a resizable window that isn’t blocked by other windows, so you can watch while doing other things. 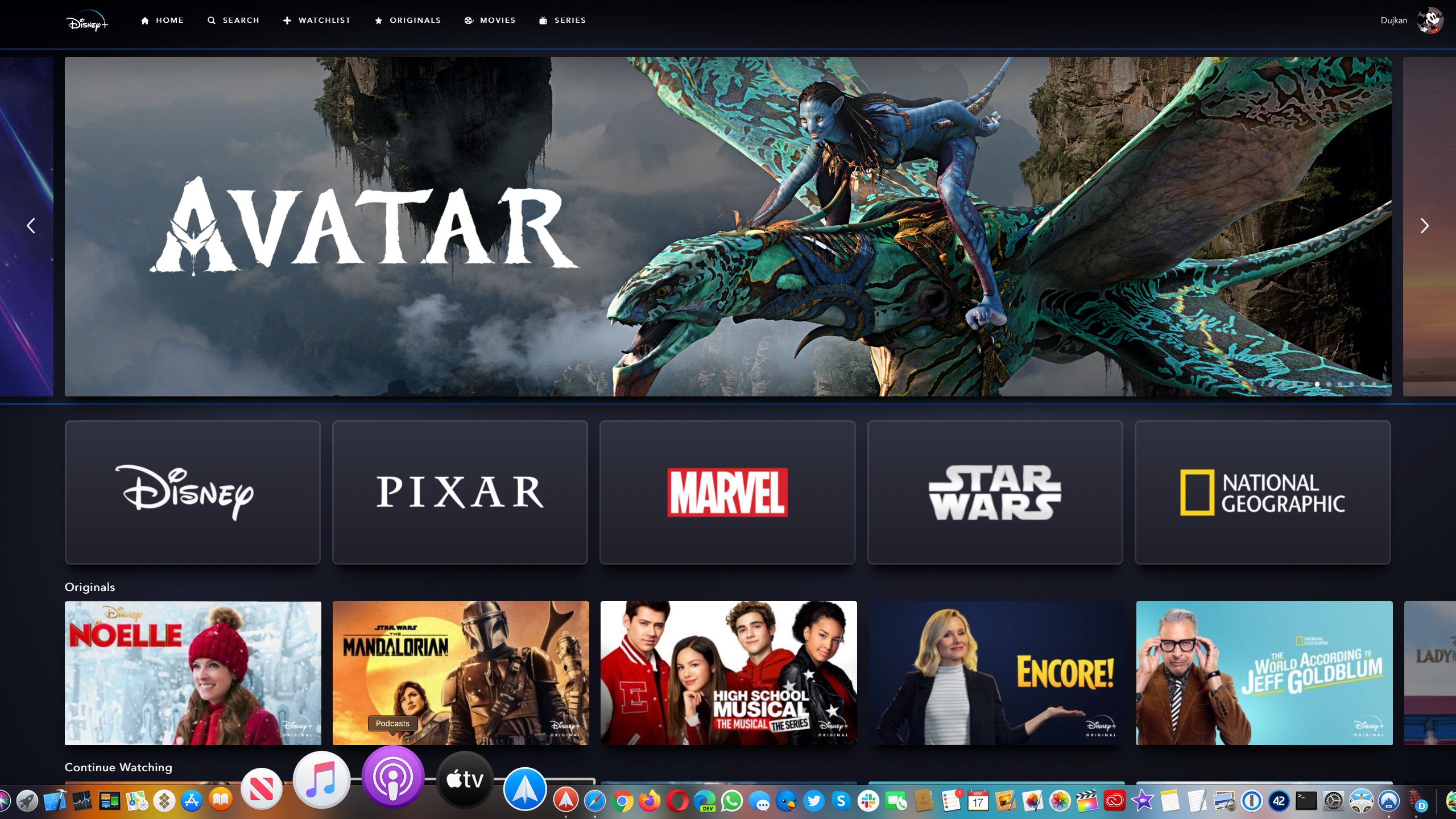 If you have a massive monitor, the app lets you take Disney+ fullscreen with a click and there’s also the option to automatically resume your last-played video.

As mentioned, Clicker for Disney+ is available for free via the official website.

Meanwhile, Clicker for Hulu is a paid download with a bit more features.

Aside from native Picture-in-Picture support, the ability to launch Hulu right from the Dock, auto-resume your last played video and browse Hulu in fullscreen mode — all found in the free Disney+ client — Clicker for Hulu packs in additional features that justify its price point.

For instance, MacBook Pro owners can use their Touch Bar shortcuts to use Hulu faster. The app supports Dark Mode that follows your Mac’s settings, creating a perfect nighttime environment. It also features fullscreen support so you can browse Hulu like a boss. 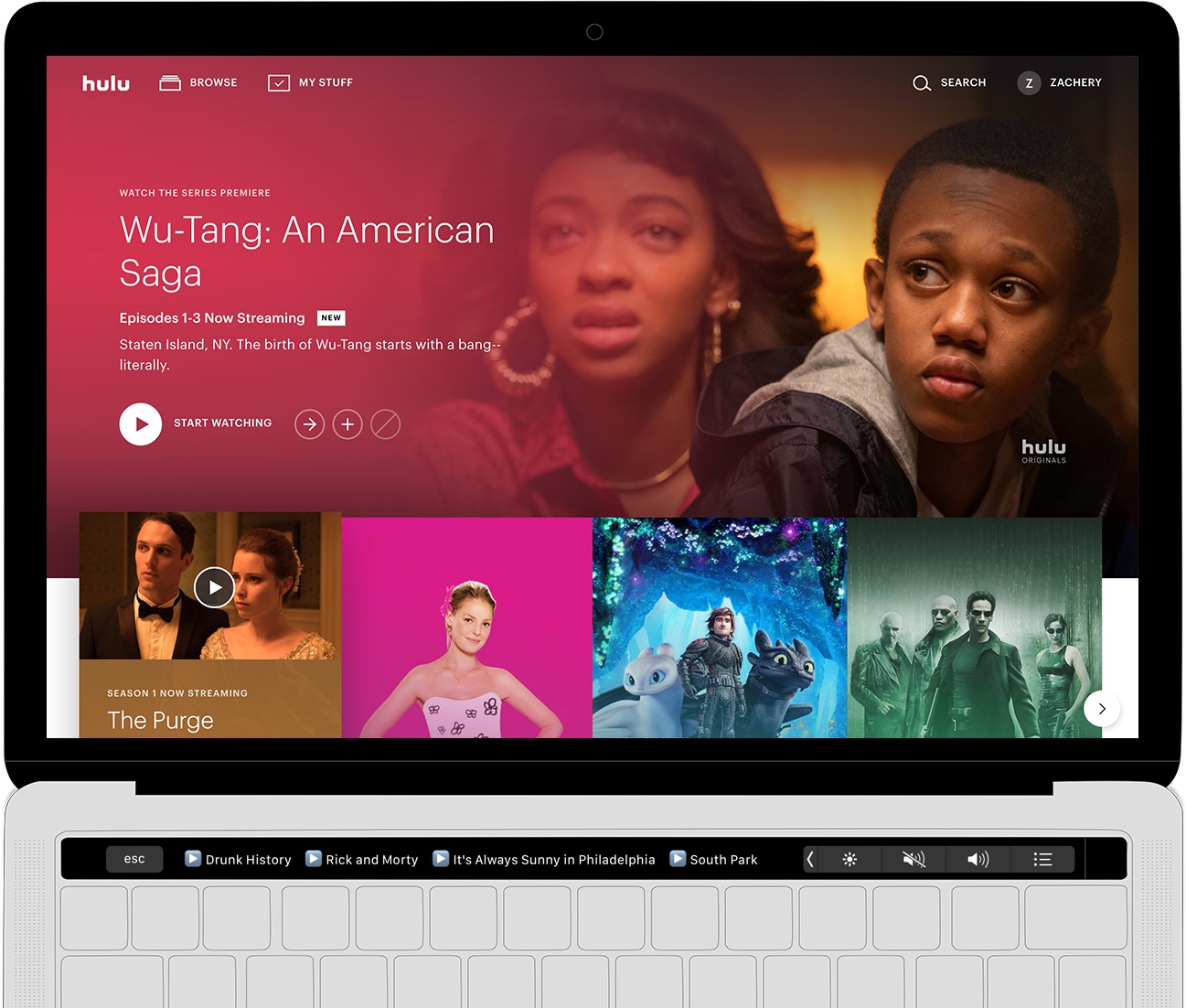 The player has onscreen controls, but you can quickly pause and resume playback simply by clicking on the video. The autoplay option that plays the next episode of your selected show can be adjusted to prevent it from automatically starting a different show when you’ve finished watching the current one. Similarly, you can choose to skip the Hulu mini-player when closing a video and the quick resume option is available right from the menu bar. 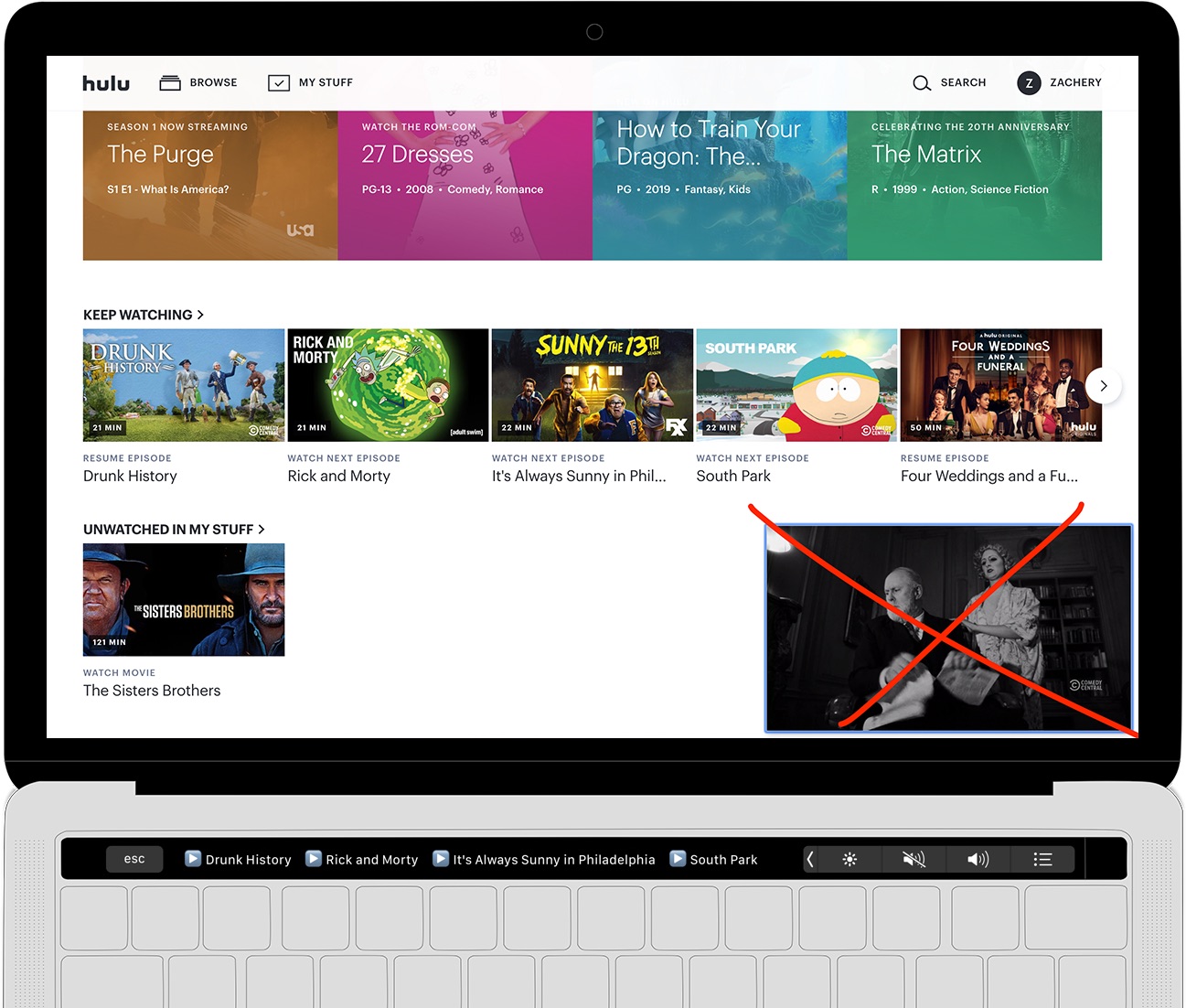 You can get 25 percent off as part of their Black Friday sale with he redemption code “dancingturkey19” at checkout. However, a deeper 35 percent discount is available for a limited time by using the code “launchpromo19” as part of their launch celebration.

The paid app comes with a 30-day money back guarantee.

For those who use YouTube TV, Drew provides a similarly rich Mac video client for that service in exchange for five bucks a pop. And as I mentioned at the beginning of this write-up, the same developer is behind Clicker for Netflix which iDB recently featured.