Perhaps one of the most bothersome parts about respringing your jailbroken handset is that when you have music playing in the background, the respring interrupts it, forcing you to manually tap on the ‘Play’ button to continue music playback.

Those who’ve been plagued by this nuisance for as long as I have will be thrilled to learn about the launch of a new jailbreak tweak called Gump by iOS developer Kurrt, as it effectively keeps backgrounded apps and music running even throughout the course of a standard respring.

The concept behind Gump isn’t new, as we’ve seen similar functionality in tweaks like Don’t Stop the Party!, but Gump’s implementation is slightly more versatile. Gump plays nicely with just about any music playback application, and according to the developer, it should also work with other apps that perform background processes.

Once installed, Gump adds a preference pane to the Settings app where you can configure it to your liking: 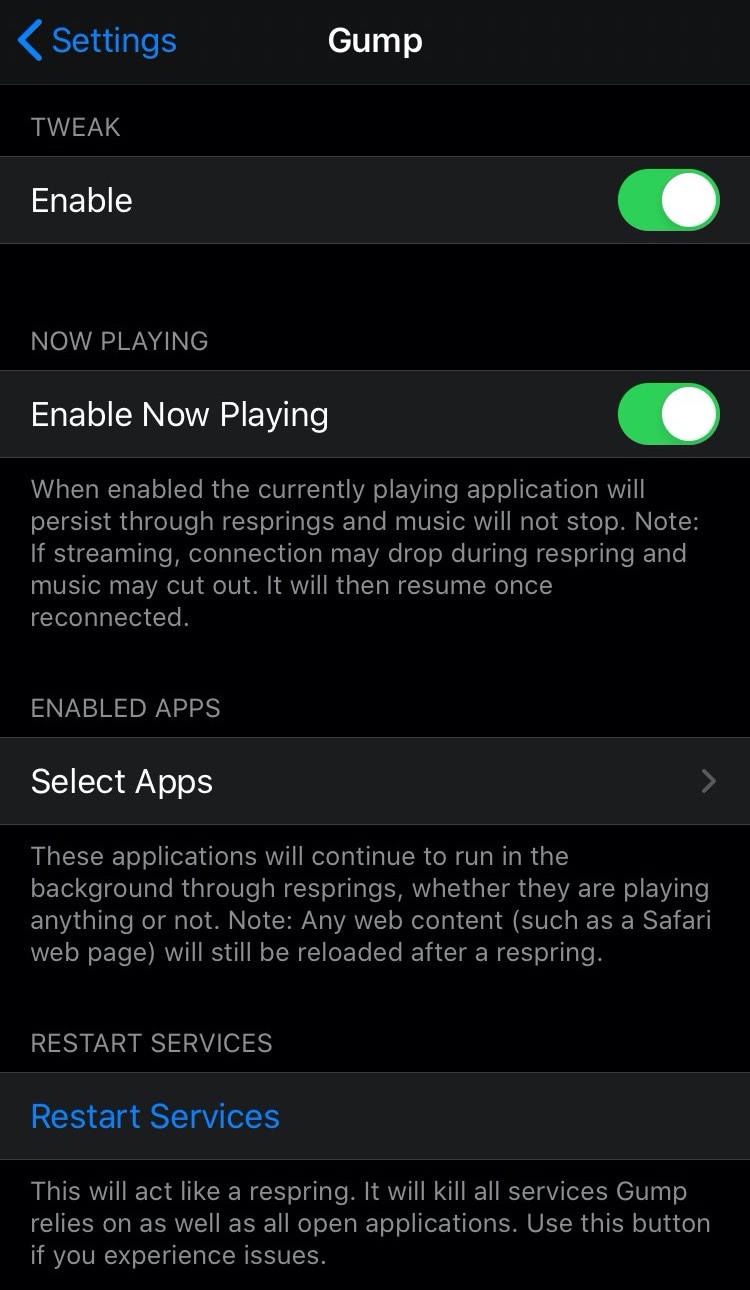 Apart from manually configuring which apps you’d like to exempt from being restarted during the course of a respring, this works most of its magic automatically in the background.

It’s worth noting that while Gump is a free download from the BigBoss repository, users will need to purchase the tweak from the preference pane for $1.99 before it can be used. Gump supports all jailbroken iOS 12 and 13 devices.

Will you be installing Gump on your pwned handset? Tell us why or why not in the comments section.