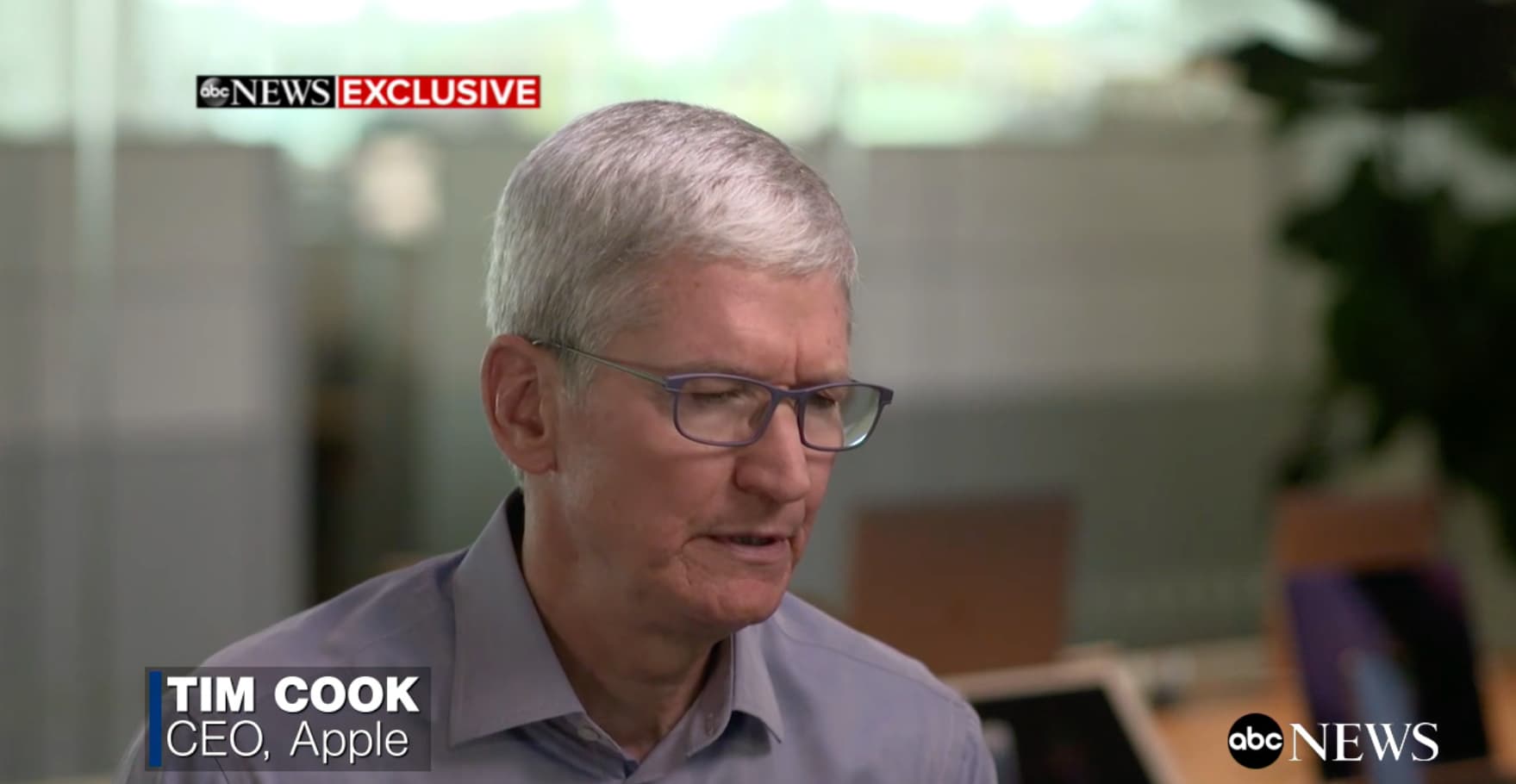 Apple’s CEO, Tim Cook, has been a vocal supporter of the Deferred Action for Childhood Arrivals (DACA), for years. And that continues to be the case in 2019.

Cook recently sat down with Rebecca Jarvis of ABC News and spoke about a variety of topics, including the mainstays like privacy and the other big tech companies out there doing things. Another point of conversation was DACA, which the news site uploaded today, November 22.

As mentioned above, Cook has been an adamant supporter of DACA for quite some time, especially recently as political changes in the United States have led to fear that the immigration policy would be altered in some way, or revoked altogether. Cook, for his part, has always stated that he believes DACA should be preserved, which he reiterates in this latest interview.

No matter who is in the White House, the things I’m focused on are going to be the same,” Cook told ABC News’ Rebecca Jarvis in an exclusive interview. “I am focused on DACA. We have 450 folks in Apple, employed at Apple, who are employed on DACA. I want those folks protected. Not just the 450 but the broader DACA people in America.

The report notes that Cook signed an amicus brief in October of 2019 that was filed with the U.S. Supreme Court, which aired his umbrage with the potential for DACA to be rescinded following the changes implemented by the current president of the United States.

Cook says he plans on fighting on this subject until his “toes point up”.

I will fight until my toes point up on the subject because I think that it is so core to who we are as a people that we not turn our back on people that came into the country as kids, they were brought here well before they could make a decision on their own,” Cook said. “These people are the core of what an American is.

As I said above, this is a wide-ranging interview, and Jarvis goes into several different topics. That includes big tech companies, from the likes of Facebook, Amazon, and others. Cook, despite leading one of the biggest of those companies, says “people should be skeptical” of large companies. He also says that regulations need to be considered:

I think we can all admit that when you’ve tried to do something and companies haven’t self policed, that it’s time to have rigorous regulation. And I think we’ve passed that time.

Unsurprisingly, one of the biggest elements that Cook has raised concerns over, including in this interview, is the data that people are forced to hand over, or companies are just flat out taking. And while breaking up companies is one action, it’s not enough if it just means the companies still have all that data on people:

Unless you take an action where there’s materially less data in the companies that are left, you haven’t done anything.

The bits of the interview from ABC News can be found on its website.