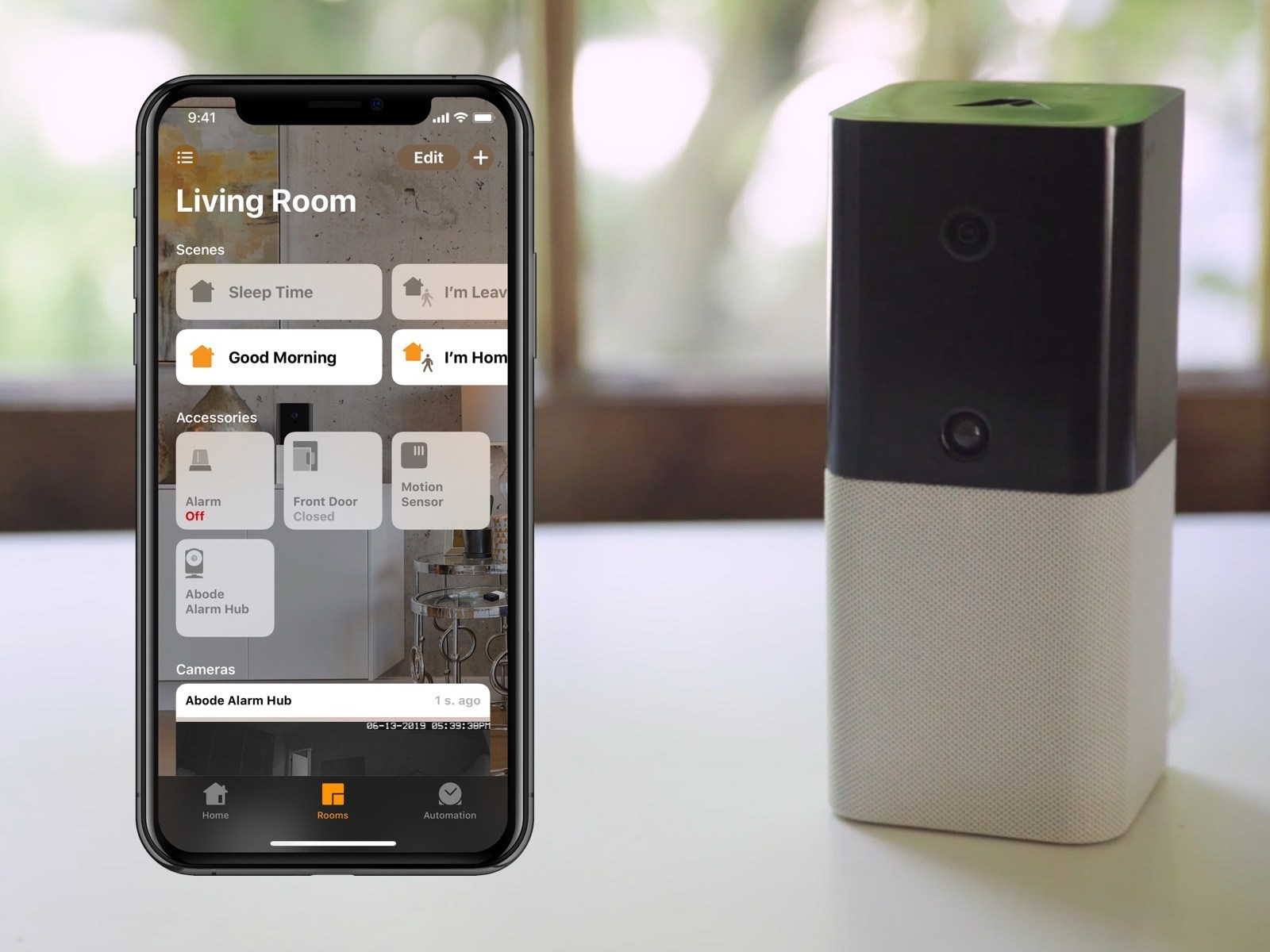 Abode announced Thursday that its Iota DIY smart security system is finally HomeKit compatible. HomeKit is available as an update to the Iota system, enabling Iota users to control the system using the Apple Home app on the iPhone, and Siri on the iPhone, iPad, Mac, Apple Watch and HomePod.

Iota includes HD camera, motion sensor and two-way voice support. Abode sells the product in a starter kit priced at $299 (marked down to $229 as this article was written), with the ability to add on accessories like door and window sensors, key fobs and other products as you need them.

You can connect up to 160 additional devices from companies like Lifx, Nest, Yale, Kwikset, Z-Wave, Zigbee, and many others. The integration enables Iota users to create sophisticated home monitoring, automation, and security workflows using a variety of third-party products.

HomeKit compatibility lets Apple users use the software included on their devices to arm and disarm the Iota, receive notifications of motion events triggered by Iota sensors, or ask Siri what’s going on. It’s worth noting that the Iota camera doesn’t yet support HomeKit Secure Video, however. Apple announced Secure Video as part of improvements to HomeKit at WWDC 2019 this past June.

Abode announced iota in early 2018 and promised HomeKit support right off the bat, though the company failed to deliver.

Abode said its Gen 2 and Gen 1 security systems will also add HomeKit compatibility in the near future.