The checkra1n team is out with another update for the checkm8 bootrom exploit-based checkra1n jailbreak Friday afternoon, this time bringing the tool up to version 0.9.5 beta. 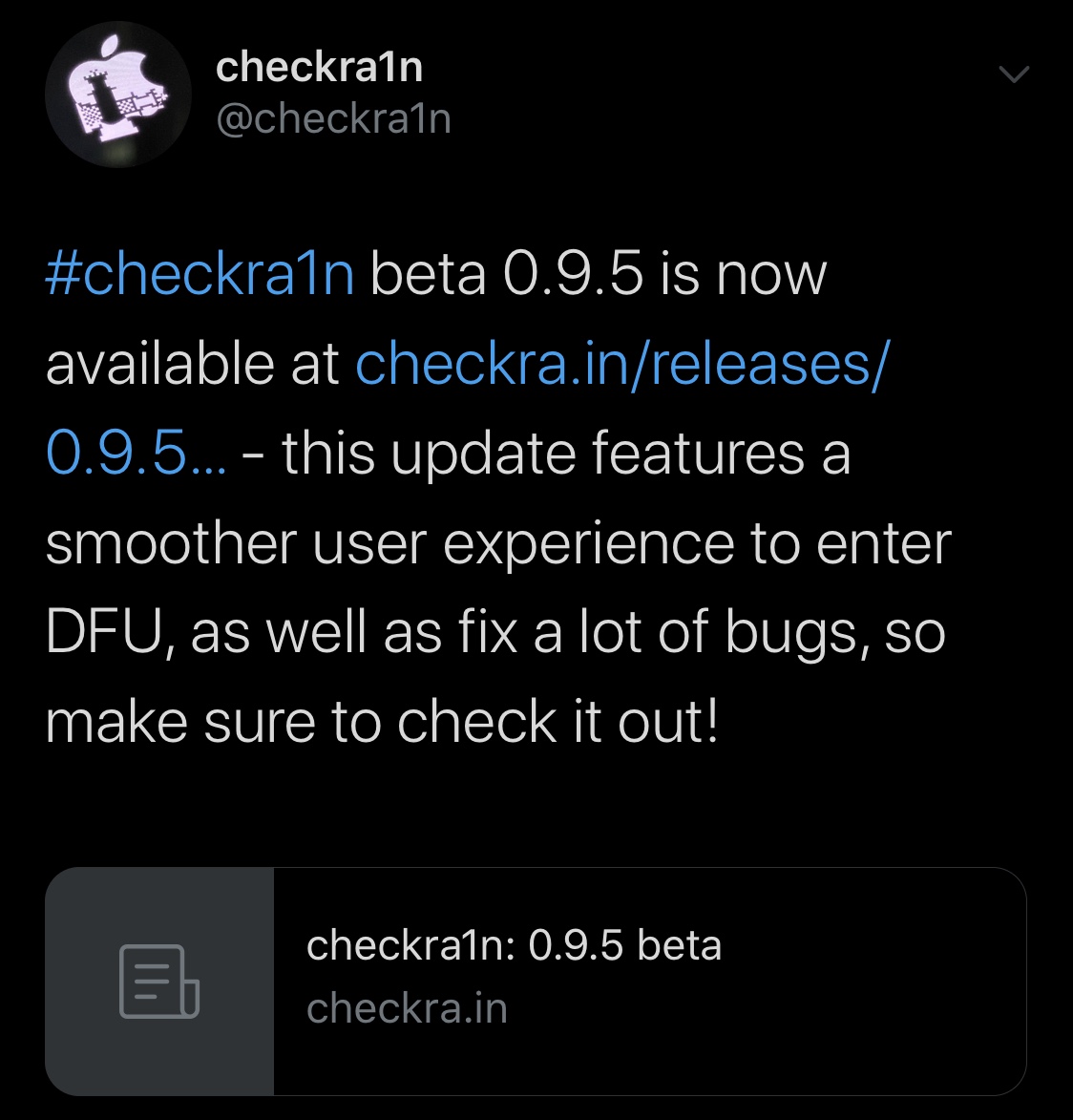 – Fixes an issue that caused MobileSubstrate initialization to be delayed

– Detect a case where the user may have an OTA update downloaded, which caused issues for some users

– The following issues are caused by incorrect DFU mode entry, please make sure to follow the instructions in the UI:

– An issue where biometrics did not work for some users

– An issue where the touch screen became unresponsive for some users

– Battery settings panel issue: We have investigated this issue extensively and found that some tweaks and libraries which some tweaks depend on cause this issue.

– The loading mechanism for substrate has improved in this update, which improves the stability of the device.

– If you are experiencing the -20, please rejailbreak with the the no-substrate mode option checked in the app, and see if removing tweaks resolves your issue.

Checkra1n v0.9.5 appears to address many of the most notable bugs that were reported in previous releases, including “error 20,” biometric issues, battery panel issues, and more. Despite these fixes, however, this is still a public beta, and should be treated as such.

If you’re anticipating jailbreaking your device with checkra1n, then we’d strongly advise waiting for the official public release. Those who are already using the public beta, however, should feel free to download and deploy the latest iteration from the checkra1n team’s official website to take advantage of the latest bug fixes and improvements. Please refrain from downloading this tool from anywhere else.

If you aren’t sure how to jailbreak with checkra1n, then you can follow the step-by-step instructions outlined in our tutorial.

Did checkra1n v0.9.5 resolve any of the issues you were experiencing with this jaolbreak? Let us know in the comments section.