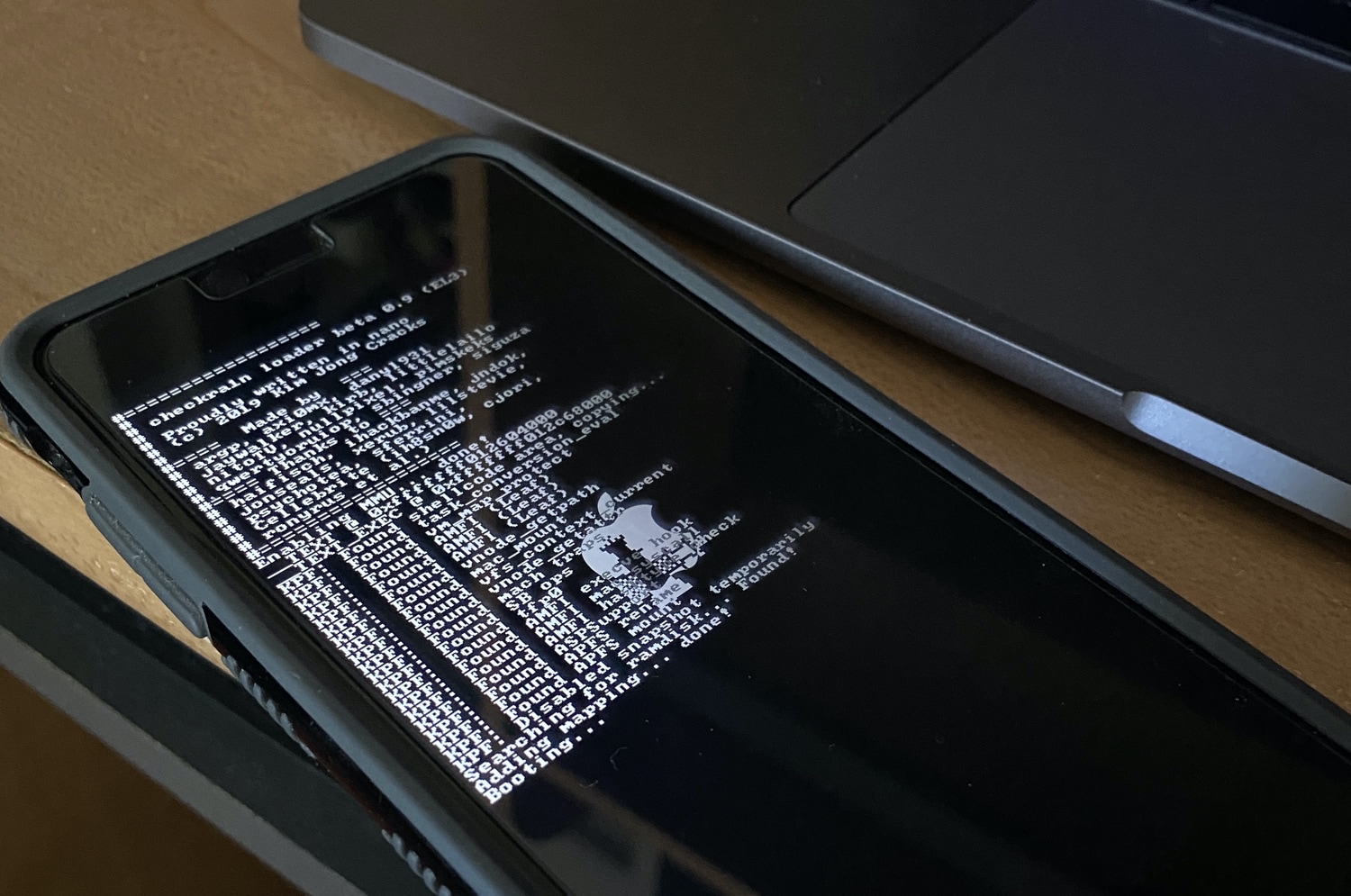 Not even 24 hours after the initial public beta release of the checkm8 exploit-based checkra1n jailbreak tool, the checkra1n team has already launched its first bug fix update dubbed v0.9.1.

The newest version of checkra1n was announced only minutes ago via the checkra1n team’s official Twitter account: 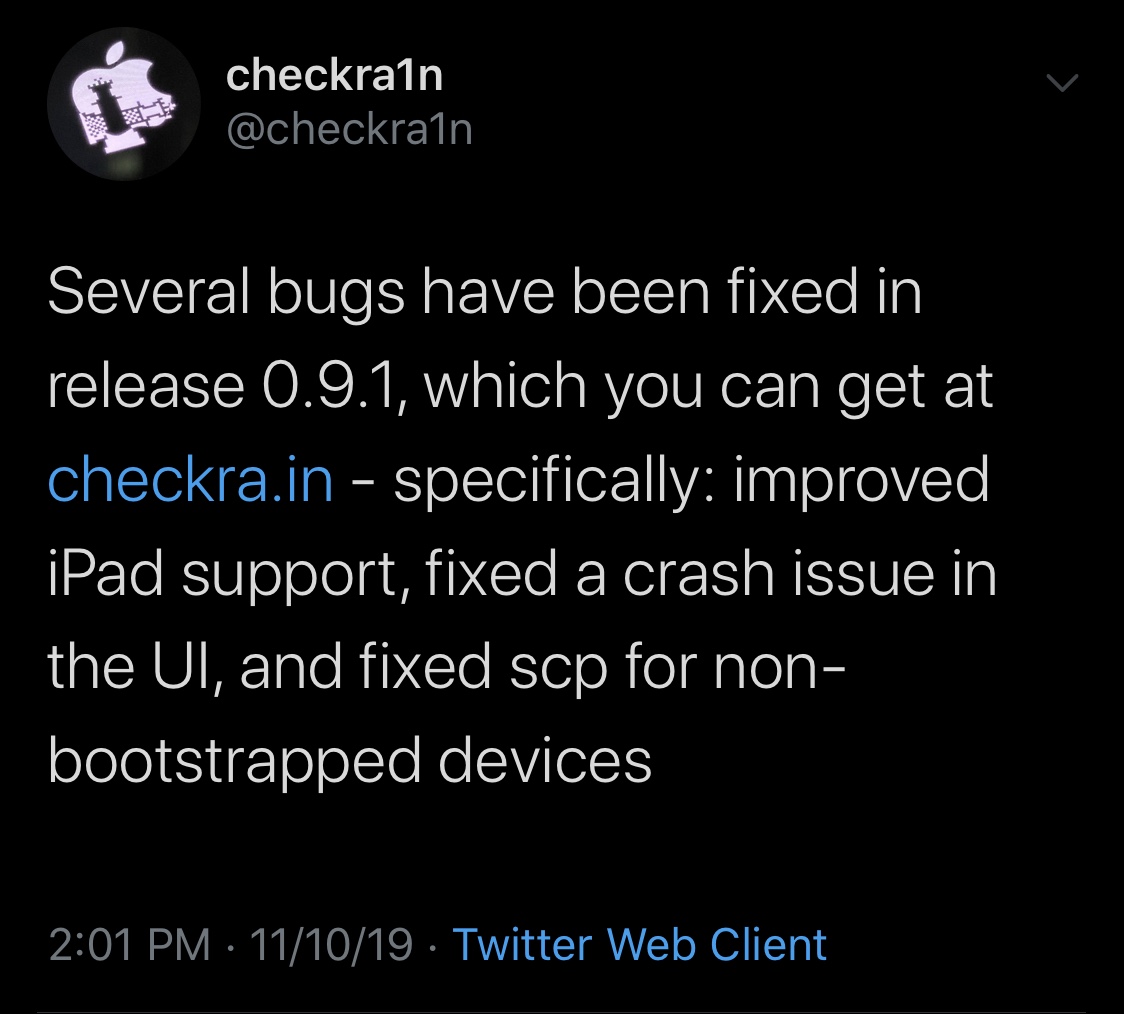 This beta fixes multiple bugs, including:

– An issue where iPad minis would not work with the GUI

– An issue with the scp binary not working as expected

This version also improves clarity of some errors, specifically the -20 error, which now offers guidance on how to resolve it.

From what we can gather, this update primarily deals with those using iPads or experiencing errors while attempting to deploy the jailbreak on a non-jailbroken handset.

Apart from these significant usability improvements, checkra1n also brings minor changes to the table including a fix for the macOS language setting and a fix for the scp binary on non-bootstrapped devices.

If you already used the previous version of checkra1n with no issues, then you’d probably be safe to skip this update. On the other hand, we always recommend that jailbreakers download and deploy the latest version of available jailbreak tools to ensure that they’re taking advantage of the latest bug fixes and performance improvements, as these tend to have a direct impact on long-term device stability.

It’s also worth noting that this version of checkra1n is still very much a beta, so unless you’re an advanced jailbreaker or a tweak developer, you may want to continue holding off for the official public release. If you’re already sold and want to jailbreak right away, regardless of our advice, then you download the tool from the checkra1n team’s official website and follow our step-by-step tutorial to liberate your compatible handset.

Did this update solve any of the errors you were having while trying to jailbreak? Discuss in the comments.