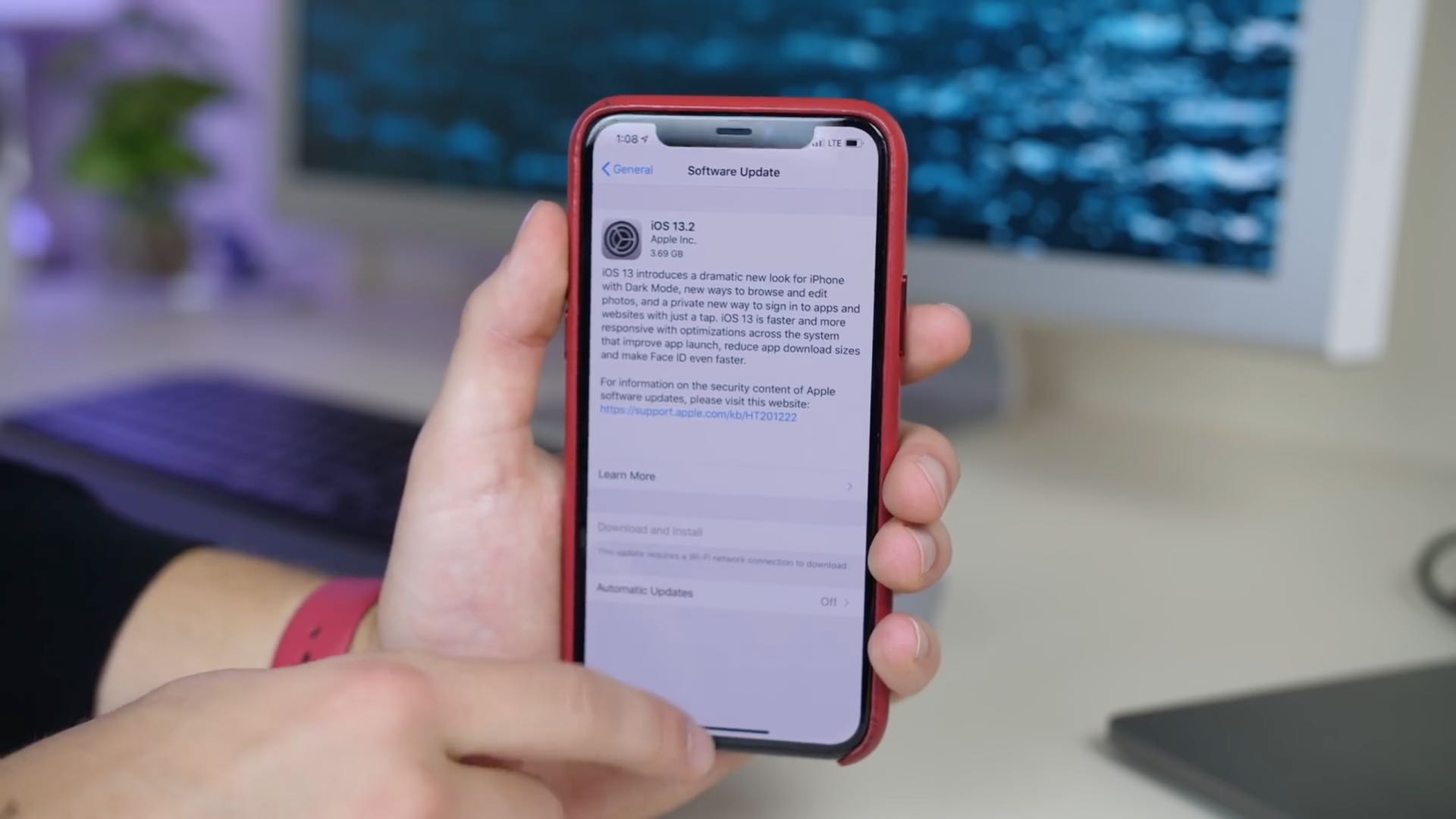 Before the end of October, Apple released yet another update for iOS 13, bringing the version number to 13.2. But it turns out the software may have one big flaw for some users.

According to a mounting number of iOS 13.2 users across various devices, the newest version of the mobile operating system is closing apps and tasks in the background “MUCH more aggressively”. That’s according to several people raising complaints about the new software, saying they are running into issues with daily usage thanks to the change in what appears to be overall RAM management.

Developer Michael Tsai has a quick rundown from several people on Twitter, including Marco Arment and Christopher Stephens, each of which outlines their own issues with RAM management in iOS 13.2.

Arment, for instance, is the one that calls out the “MUCH more aggressively” part, saying that he’s definitely noticed it when using the camera in the iPhone 11. He suggests this might be the case because the camera needs more RAM for additional processing power.

I’ve noticed this since the first 13.2 betas, and Overcast users keep reporting it as well: background apps seem to be getting killed MUCH more aggressively than before.

(Especially on the iPhone 11 if you use the camera, presumably because it needs so much RAM for processing.)

Every single app on my iPhone 7 iOS 13.2 gets killed every time I close. No backgrounding. And each tab on safari when I move to a new one. So frustrating

And Cabel Sasser as well:

In yesterday’s update we rolled out a semi-cheesy but effective fix: “Connection Keeper” keeps a running GPS-based log of where you connect to servers. Side effect: connections stay alive.

But the voices are growing in number. Several people on Apple’s own Support Forums are raising concerns over the refresh rate of background apps and tasks. Visitor “VV2213” has this to say:

On iOS 13.2, my safari page refresh every time when there is a user action on the application, say I’ve a flip camera functionality on the web application & by taping flip camera safari browser is refreshing the page & loading a fresh, this behavior is observed after updating my iPhone to iOS 13.2 version

There are several replies to that initial forum post, each of which laments their own frustration with the seemingly aggressive RAM management that iOS 13.2 has rolled out. As noted by many this was not an issue in earlier versions of iOS 13, so there is a hope that Apple can basically tame the beast here and get things under control.

Developer Nick Heer has a blog post on the matter, where he says:

I’m used to the camera purging all open apps from memory on my iPhone X, but iOS 13.2 goes above and beyond in killing background tasks. Earlier today, I was switching between a thread in Messages and a recipe in Safari and each app entirely refreshed every time I foregrounded it. This happens all the time throughout the system in iOS 13: Safari can’t keep even a single tab open in the background, every app boots from scratch, and using iOS feels like it has regressed to the pre-multitasking days.

And MacRumors has a variety of comments from its forum members all expressing their own issues with the way iOS 13.2 handles background apps and tasks. From user “Rogifan”:

I was watching a video in YouTube on my iPhone 11 Pro. I pause the video to respond to a text message. I was in iMessage for less than one minute. When I returned to YouTube it reloaded the app and I lost the video I was watching. I noticed this a lot on my iPad Pro too. Apps and Safari tabs reloading a lot more frequently than they did in iOS 12. Very annoying.

On a personal note, I’ve run into some issues here, too. But none of it has appeared to be as aggressive as others, though I can also admit that I’m probably not using the phone (or iPad Pro) in the same way. However, I decided to run a test in light of these growing user reports.

While I was writing this I took up a few different tasks on the iPad Pro next to me. I opened YouTube and started a video, made it about a minute in and paused it. I then opened Safari, opened three different tabs, and then I went into Messages and started a quick conversation with someone (making sure they’d reply and I could do the same).

Over the course of about six minutes or so I went back and forth between each of the open apps. YouTube never refreshed the video at all, just remained paused in the places I stopped playback. iMessage worked fine as it should, but I did notice that when I went back to Safari –the app I left running in the background for the longest, at about two minutes without usage– both tabs definitely refreshed when I opened them back up.

I can definitely say that didn’t happen in previous versions of iOS 13, so even in my own use case I can say that it does appear that the mobile operating system has made a behind-the-scenes change in this regard.

Have you run into the issue? If so, let us know in the comments!