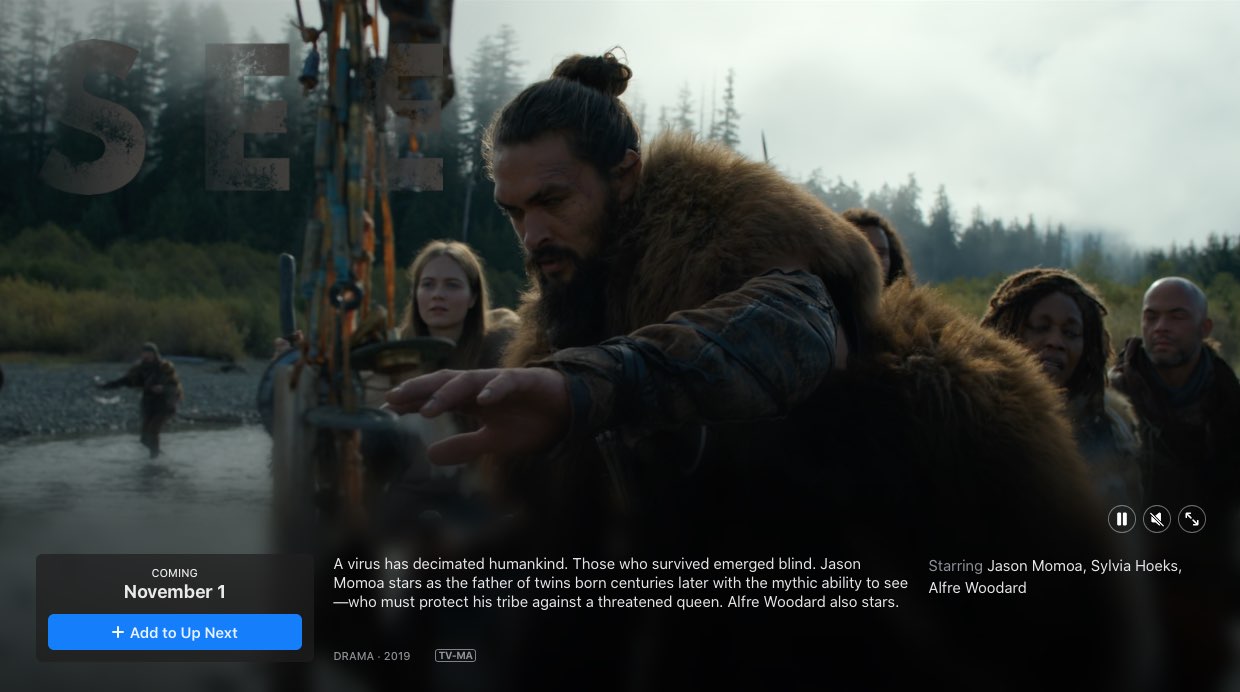 “See”, a dystopian sci-fi thriller set 600 years in the future where people have lost sense of sight, will cost a whopping $15 million per episode and be as epic as HBO’s “Game of Thrones”.

That’s according to Apple TV+ heads and Apple’s Vice Presidents Jamie Erlicht and Zack van Amburg (formerly with Sony Pictures Television) who sat down for an interview with Emmy Magazine, as first noted by 9to5Mac. The upcoming show will feature “Aquaman” star Jason Momoa who plays Baba Voss, a father of two children who apparently can see. 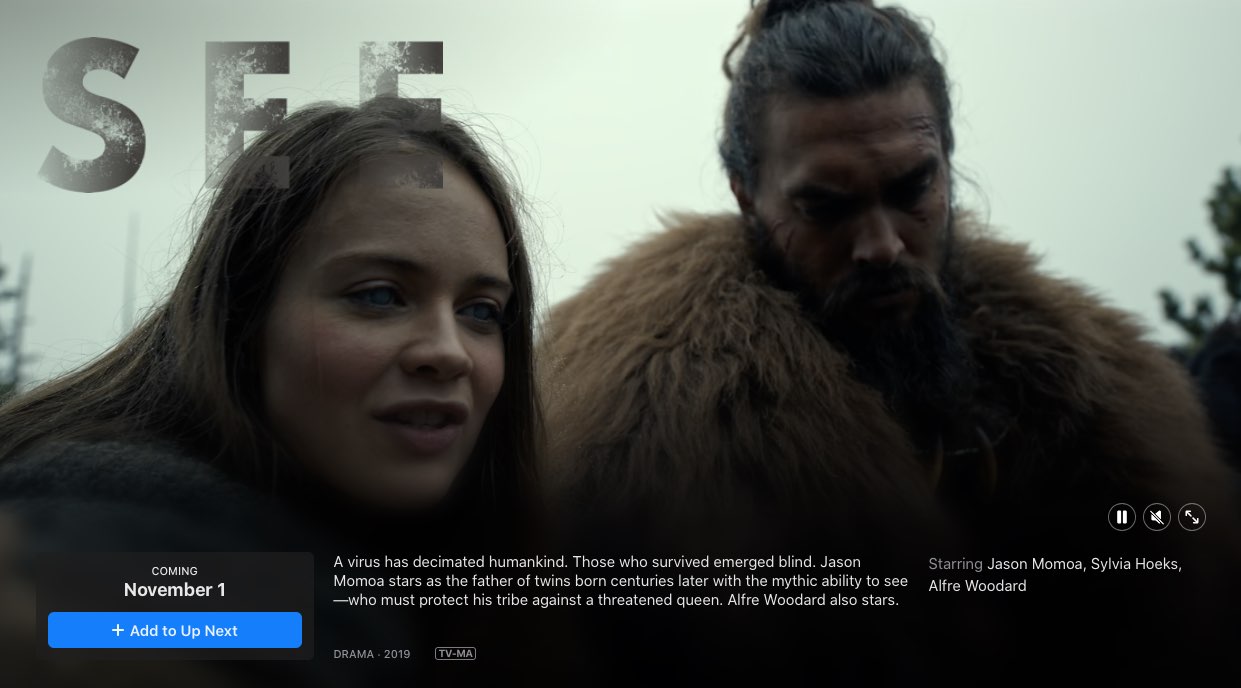 According to Momoa, it was the script that drew him to the project:

My agent said he was going to fight for me to get the role and I needed to read the script right away. I was so blown away by the first three pages, I read them out loud to my two best friends, who were with me. It’s the first time I’ve ever done that with a script. I was like, ‘Get me that meeting! Get me that role!’

Alfre Woodard, who plays Momoa’s character’s wife, described in the interview what it was like filming a show where almost all the characters are blind.

It’s actually a back to the land [story] [and it was] really wonderful to figure out how to work without the very thing that is the underpinning of all of camerawork, how do you tell that story, how do you communicate without eyes?

Show producers have even hired survivalists and consultants on blindness in an effort to help build out a convincing world.

As the write-up explains:

Jason was a prime example. Navigation was a big part of the show and he was constantly devising new ways to move. He might be wearing a long robe and throw it out like a whip in front of him to guide him. Sometimes he might be carrying an axe and slide it out in front like a walking stick. If he was walking by water, he’d kick some so others could follow the splash.

“See” is set to premier exclusively on Apple TV+ on November 1. Apple TV+ will cost five bucks per month, with a free 7-day trial available to subscribers. On top of that. new Apple device owners from September 12 will be treated to twelve free months of the service.

So, who’s looking forward to streaming “See” on Apple TV+? Let us know by leaving a comment below.