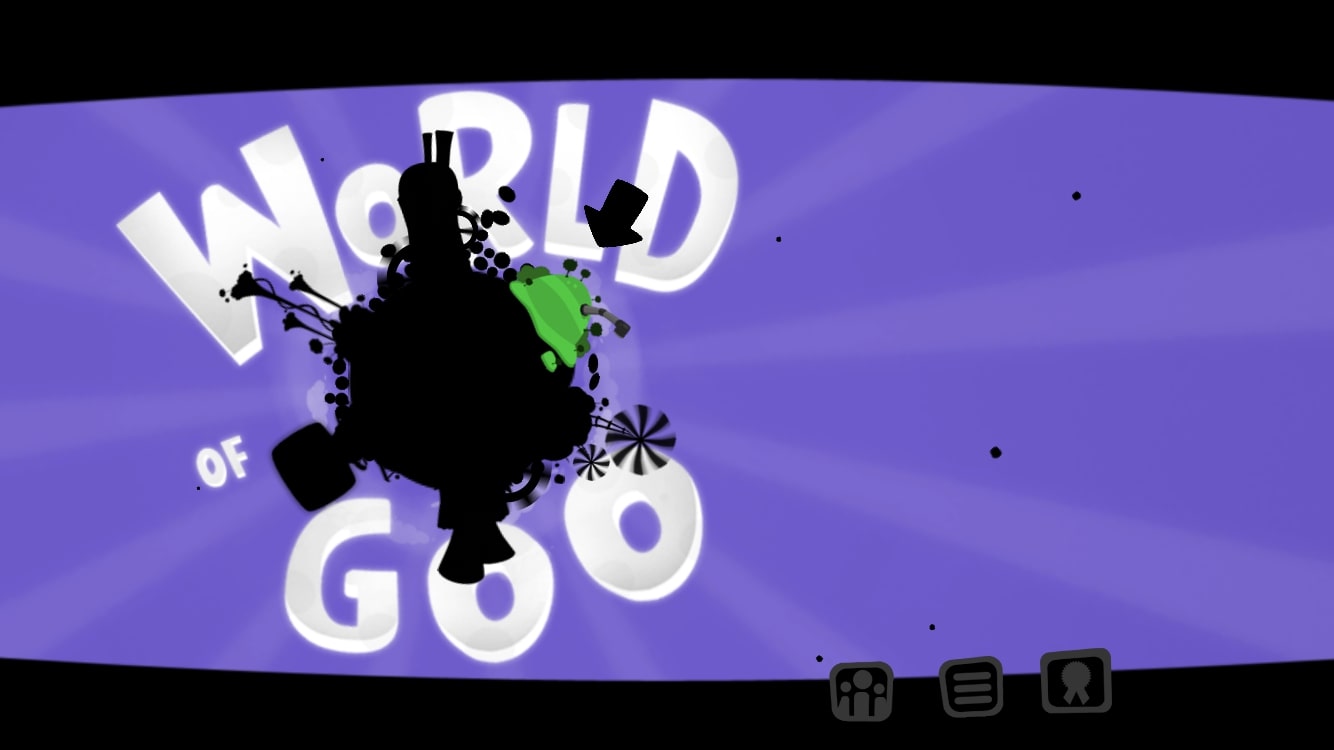 It may seem like a weird idea at first, but back in the day World of Goo was extremely popular. And it was even nominated for several awards, including an Innovation Design award at the Independent Games Festival.

These are different times, though. Games have evolved and they’re more complicated now, even on mobile. So a simple game about Goo is still entertaining? Let’s find out in today’s retro review.

World of Goo – Made for you, maybe 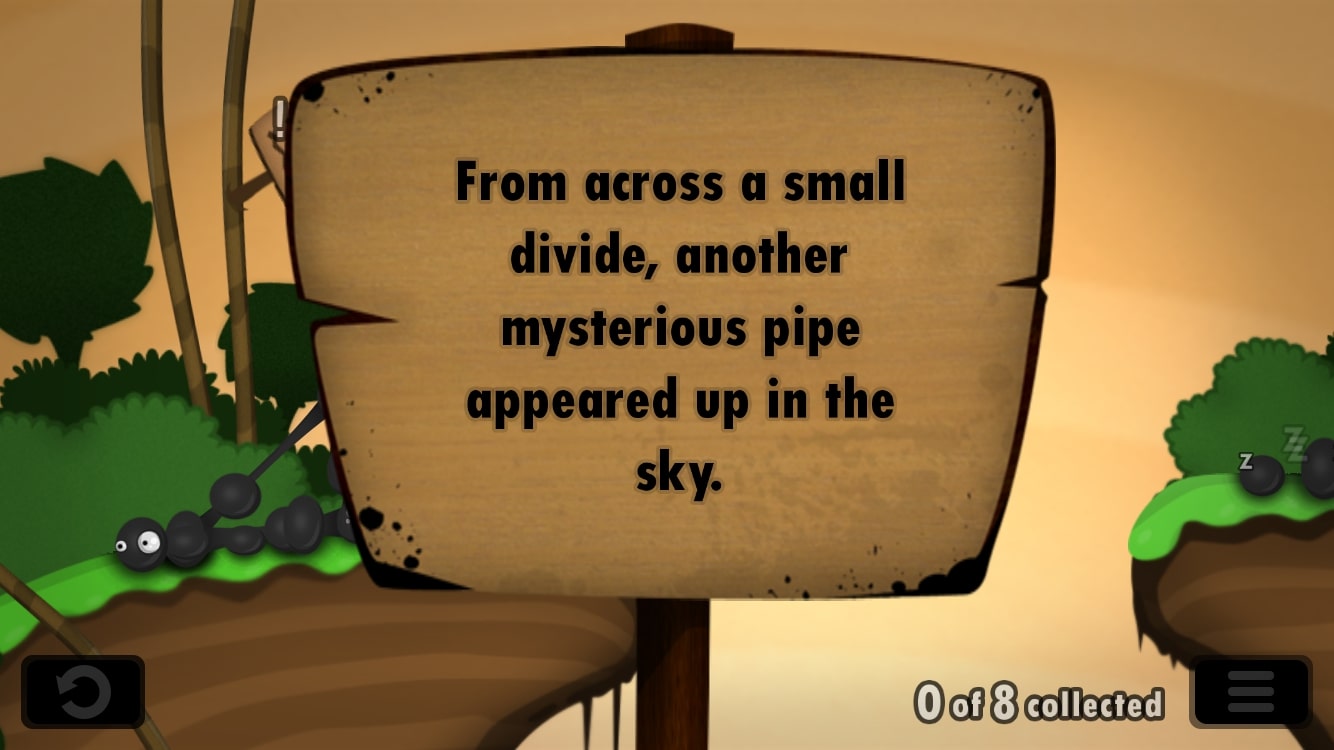 World of Goo is a puzzle game developed by an indie studio named 2D Boy. As mentioned before, the game is all about the goo. Your main objective is to use a bunch of balls of goo that you have at your disposal to reach a goal, which in this case is a pipe located somewhere in the level.

To reach the pipe you need to use your balls of goo to create infrastructures strong enough to carry the remaining balls to the goal. You can use as many balls of goo as you like, but keep in mind that the game asks you for a certain amount of goo to finish a level.

This is where it becomes a puzzle game. Not only you need to use your limited goo wisely, but you also have to be aware of your greatest enemy yet: gravity. Gravity plays a huge roll in this game and you need to play around it if you want your structure to work. Kind of like an architect.

The game does have a story for you to unravel, which you’ll see through animations and with the help of the sign painter, your spiritual and literal guide through your adventure. The story is interesting and it’s one of the things that’ll keep you playing this game. 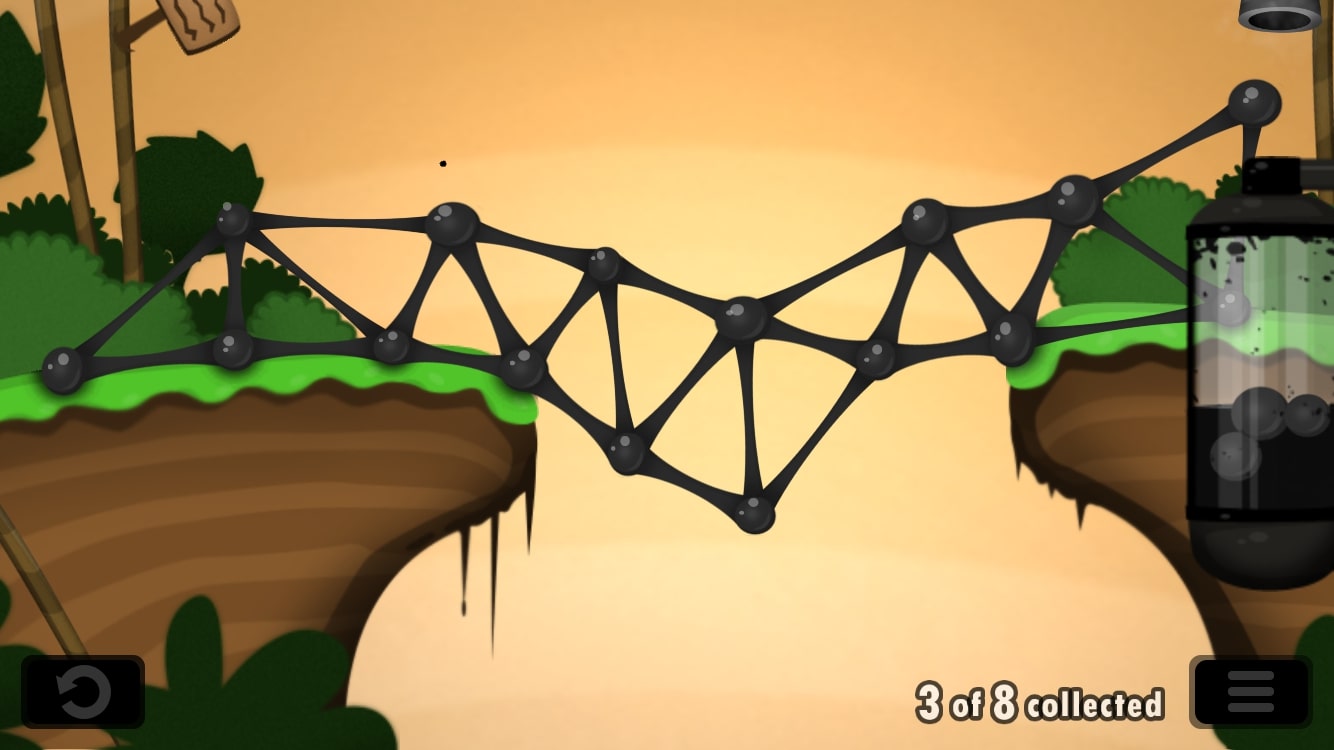 World of Goo is a really fun thing to experience. The graphics, while not the best, keep its original style intact to this day, in my opinion. The same goes for its sound. They are okay, and they are entertaining, which is World of Goo’s main purpose. Not to give you a crazy, life-changing experience, but to entertain you and help you kill time on your iPhone. What I’m trying to say is that they keep it simple, and I like it. But I understand this style might not be for everyone.

One thing that I didn’t like is the animations. They’re good if you’re playing a level for the first time. But the game doesn’t let you skip them, so if you want to go quickly to the next level you can’t. You’ll have to wait.

Something else that’s simple is the game’s gameplay. While simple, the game doesn’t tell you much about how to play it, other than the sign painter, of course. You learn as you go, and you’ll learn pretty quickly. You’ll make mistakes and you’ll have some Aha! moments every once in a while. 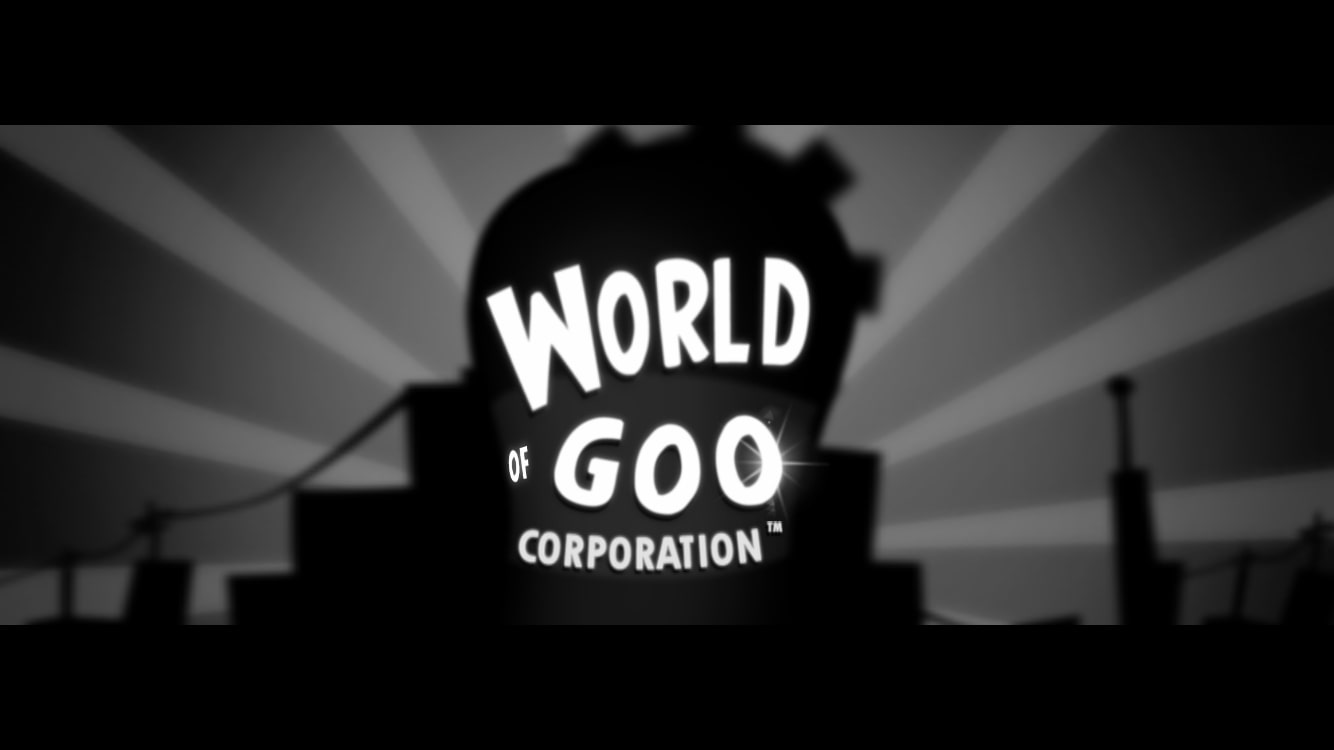 If you thought a bunch of balls made out of goo couldn’t be competitive, you were wrong my friend. 2D Boy managed to give us an entertaining game mode that works well for both competitive people and completionists. Besides the 5 main stages in the game, you can play the World of Goo Corporation game mode.

This is a game mode where you have to build the highest structure you can with the help of the goo balls you’ve collected in all the levels you’ve played. You can compare your tower’s height with others and compete with players from all over the world.

I understand that World of Goo might not be for everyone. The game hasn’t aged perfectly, but since it’s a simple game in its mechanics and aesthetics, it’s still a great way to kill time. Combine that with an online mode and a good story that’s you feel the need to solve, and you have a perfect retro game for you to play this weekend. You can and should buy World of Goo for $4.99 on the App Store.