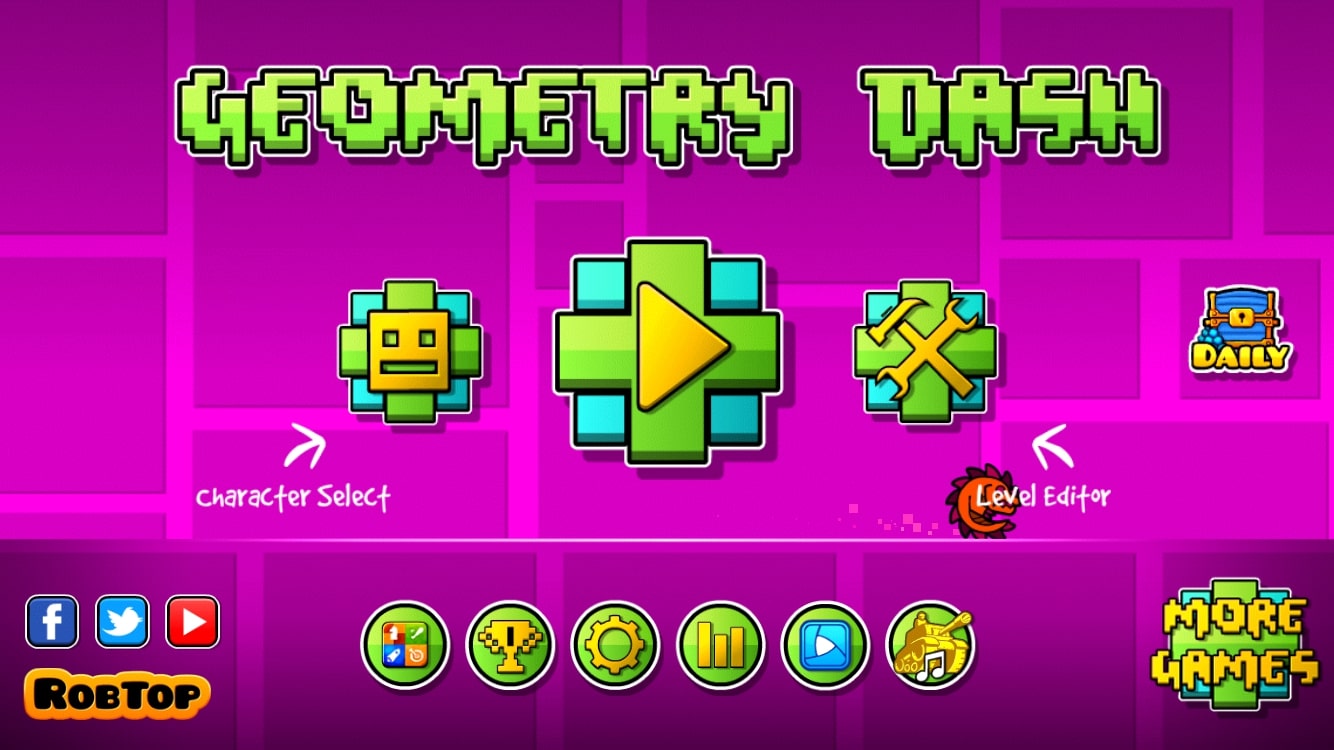 When you hear Geometry Dash, you probably remember the nightmares you got from this game. It’s probably one of the most frustrating games that have ever been on the iPhone. And yet, you still wanted to play it.

Nowadays, you don’t hear about the game as much, which makes sense. Not only it has been out for a little over 6 years now, but it’s got other more recent spin-offs. Now there’s an even more popular and frustrating game on the App Store, the infamous Getting Over It. So should you still play Geometry Dash in 2019? Or should you try one of the other games that will cause you the same amount of frustration and emotional pain? Let’s find out on today’s retro review.

Geometry Dash: You can’t get over it 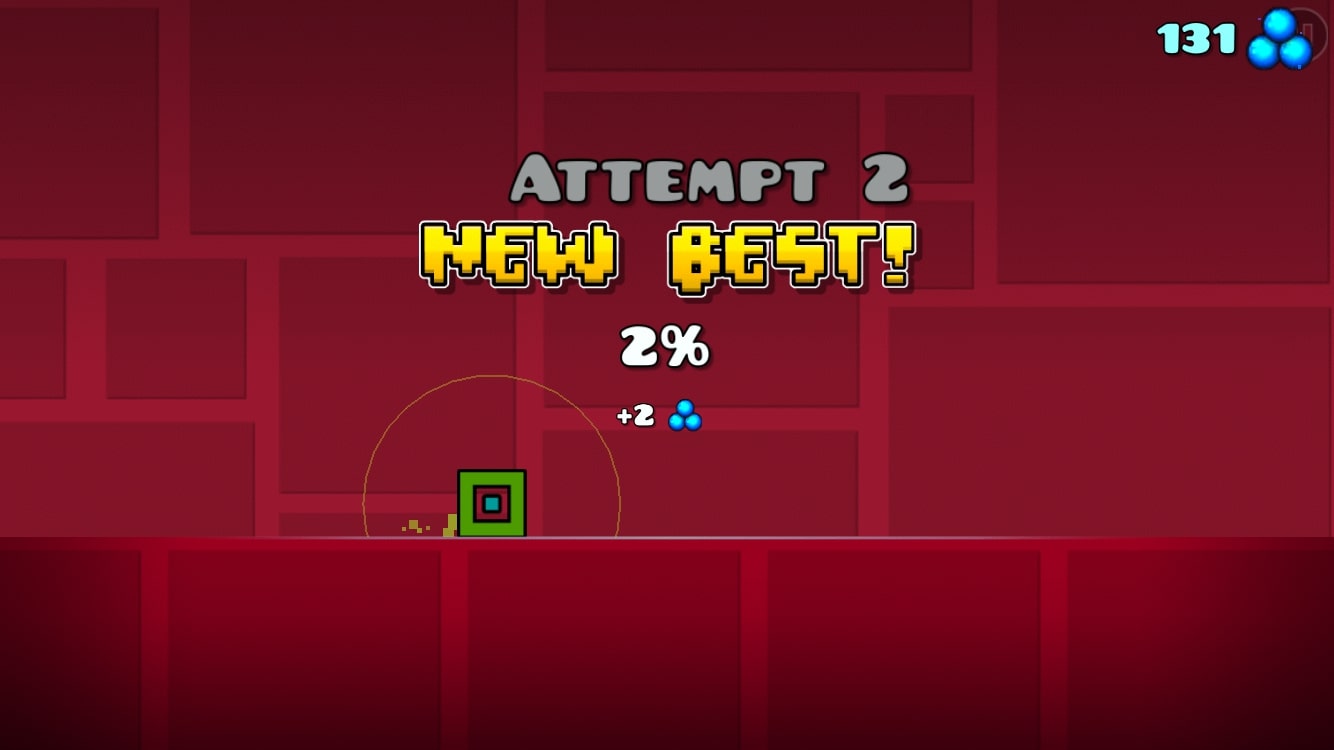 Geometry Dash is a platforming game developed by Swedish developer Robert Topala and published by his own studio RobTop Games. The game doesn’t have any type of story or reason as to why you’re playing it. As soon as you enter you can choose from a bunch of levels to start your agony, I mean your journey to finish the game.

Each level has its own difficulty, and it increases the farther you get. Almost everything in a level can kill you, and if it does, you have to start from the beginning, no matter how close you were to the goal. However, there’s a practice mode where you can play the same level with checkpoints so it gets easier to beat the actual level.

Every level you play has 3 golden coins. Getting them is another challenge because you’ll need to find out the other way you need to take to collect them. You need the coins to unlock extra, hard levels at the end of your run. Besides the coins, there are other collectibles like colors and skins for your characters that you unlock throughout your adventure. Great! More things that keep me playing this game.

The experience:  What keeps you playing 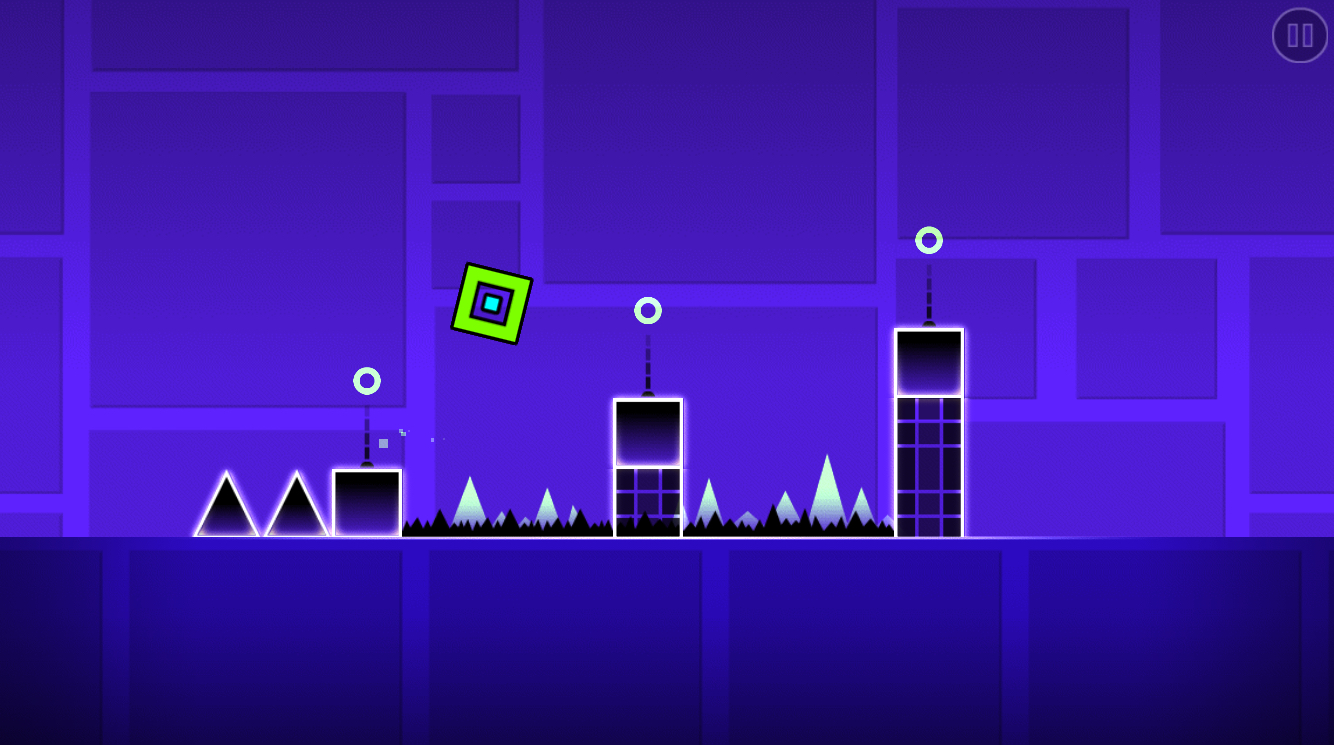 The game’s graphics are good to this day, and that’s because of how simple they are. They’re just a bunch of shapes, hence the name Geometry Dash. Where the game truly shines is its music. Every level has a different song that’s so good you want to keep playing just to hear it. Of course, if you’re just here for the music, the game as links for each song’s YouTube video.

Geometry Dash is a rhythm-based game, which means your moves should follow the beats of each song. Fortunately, it does have some great gameplay that makes it possible. You control your character by tapping on the screen, and it’s your job to make the tapping at the right so you don’t die. The game is pretty responsive, so whether you’re jumping or riding a rocket, you’ll know you can’t blame the game, only yourself if you die.

Of course, your character’s speed combine with all the obstacles in a level makes it impossible for you to win easily. It takes time and patience to beat just one level, even if the controls are great.

If you finish all the game’s levels, or you’re like me and you just decided to quit, you can also make your own levels. There’s a level editor feature for you to make the hardest levels you can think of, if you can beat them, of course. You can also play levels other players have made.

There are also things like daily and weekly levels recommended to you and global scores to compete with other people and your friends as well.

Geometry Dash is still as fun, and frustrating as it was before. This is a game you should play in 2019. It’s fun, addictive, has great music and a lot of collectibles to keep you playing for a long time, if you’re patient enough. Geometry Dash is $1.99 on the App Store. You can also play a Lite version, in case you’re not sure if it’s the game for you.