It’s the start of a brand new week this Monday morning, and the Sileo Team is using it to launch an updated version of the Sileo beta for public testing. 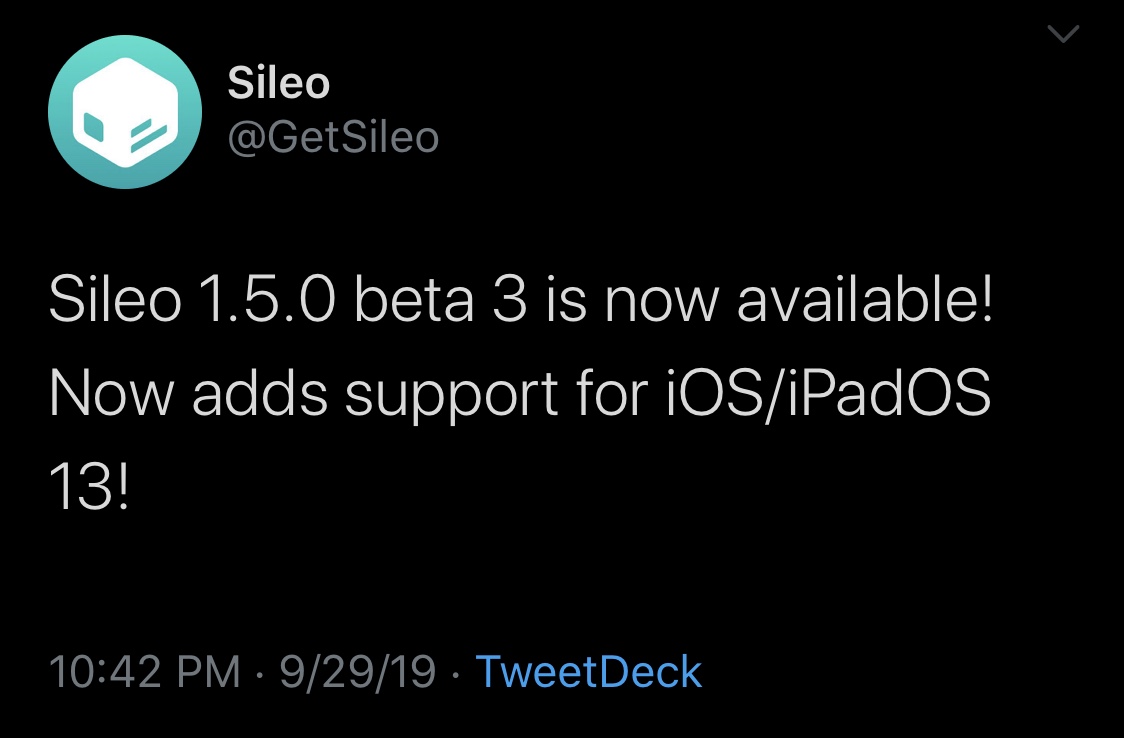 While there isn’t yet a public jailbreak for iOS 13 or iPadOS 13, its worth noting that CoolStar is shifting his attention to an iOS 13 jailbreak solution with the new checkm8 exploit rather can continuing research on A12(X). That said, this update seems to be pre-preparation for that work.

This particular version of the Sileo beta can be installed alongside the native installation of the Sileo package manager, which effectively means you’ll have two Sileo app icons on your Home screen — one denoted with beta. This allows users to test the latest changes without introducing potential instabilities with the original Sileo installation, which would spell out a lot of problems for the end user.

As always, Sileo v1.5.0 beta 3 can be had from the default Chimera or Electra repositories on their respective jailbreaks. If it’s not showing up for you, then you’ll want to refresh your repository sources to make sure you’re viewing the latest packages. (Note: this wont appear as an update if you only have the normal version of Sileo installed, as it’s part of the beta release channel and needs to be installed manually).

Those on the unc0ver jailbreak or who aren’t jailbroken can instead install the Sileo Demo to test the app’s features out; unfortunately, it doesn’t support package installations since it’s merely a demo. All installation methods of the full-blown Sileo package manager on unc0ver aren’t officially supported at the time of this writing, and so we don’t recommend using them.

Have you installed the latest Sileo Beta yet? Let us know in the comments section below!