iOS 13 launched on Thursday, September 19. It’s been one week already, and it looks like adoption is doing pretty well.

That’s according to data from Mixpanel. The outfit shows that, currently, iOS 13 adoption is sitting at 20.27%, which is pretty good, all things considered. To compare it to the launch of iOS 12 would see iOS 13 outpacing last year’s major release, if just by a small margin during this same time period in 2018. 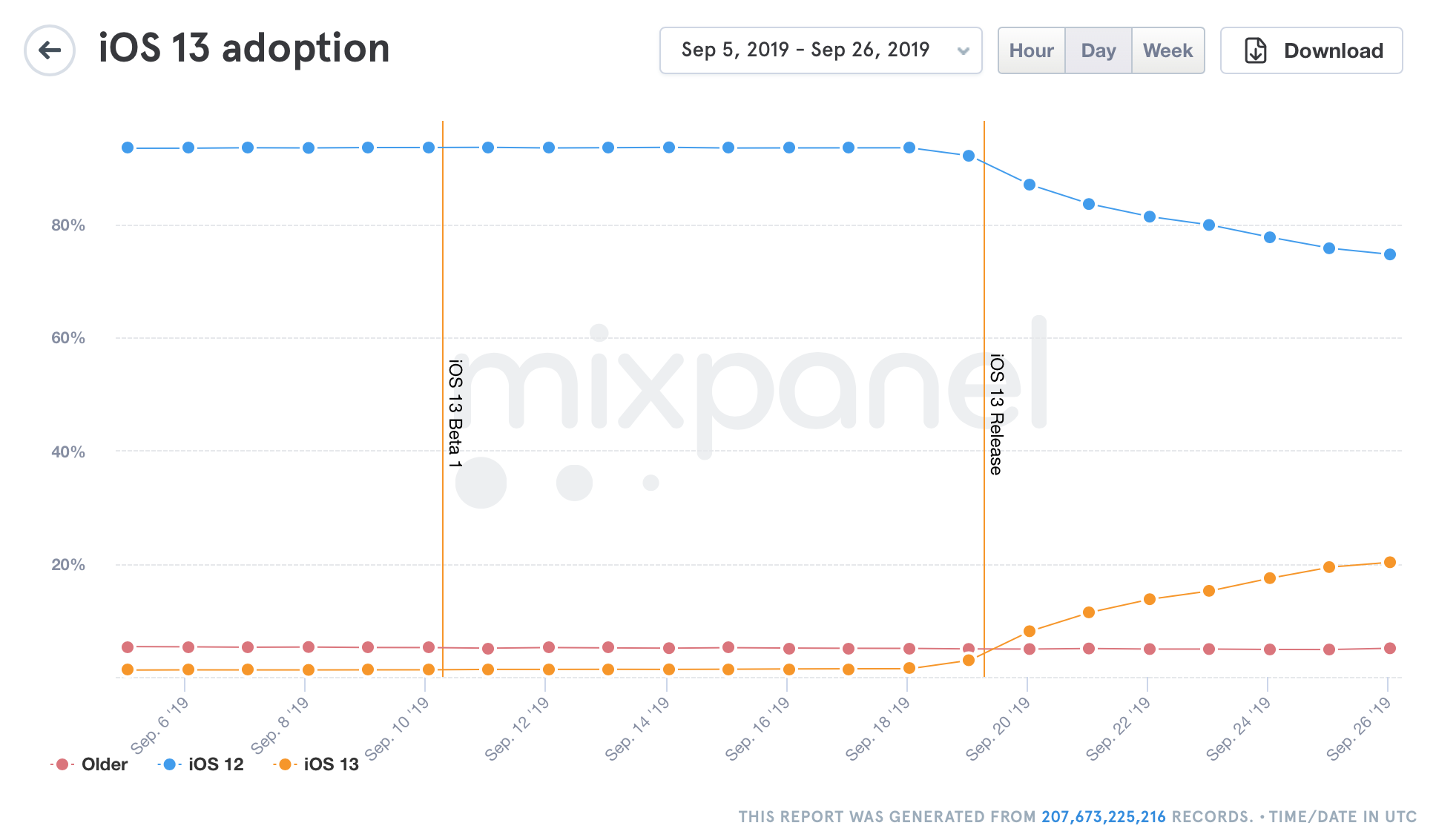 As is par for the course, Mixpanel’s data is sourced from its own internal data, consisting of iOS devices equipped with the latest software visiting websites and using apps. So it’s possible that the numbers are a bit different than what Apple will say iOS 13 adoption is in the future.

It is also worth noting that folks couldn’t get their hands on iOS 13.1 or iPadOS 13.1 until this last Tuesday, September 24. Now that the initial wave of installations are over, which some users might wait to die down for various reasons (like to make sure there aren’t any major issues in the new software), that adoption number will likely start climbing at a steady pace.

Did you already update all of your supported devices to iOS 13?