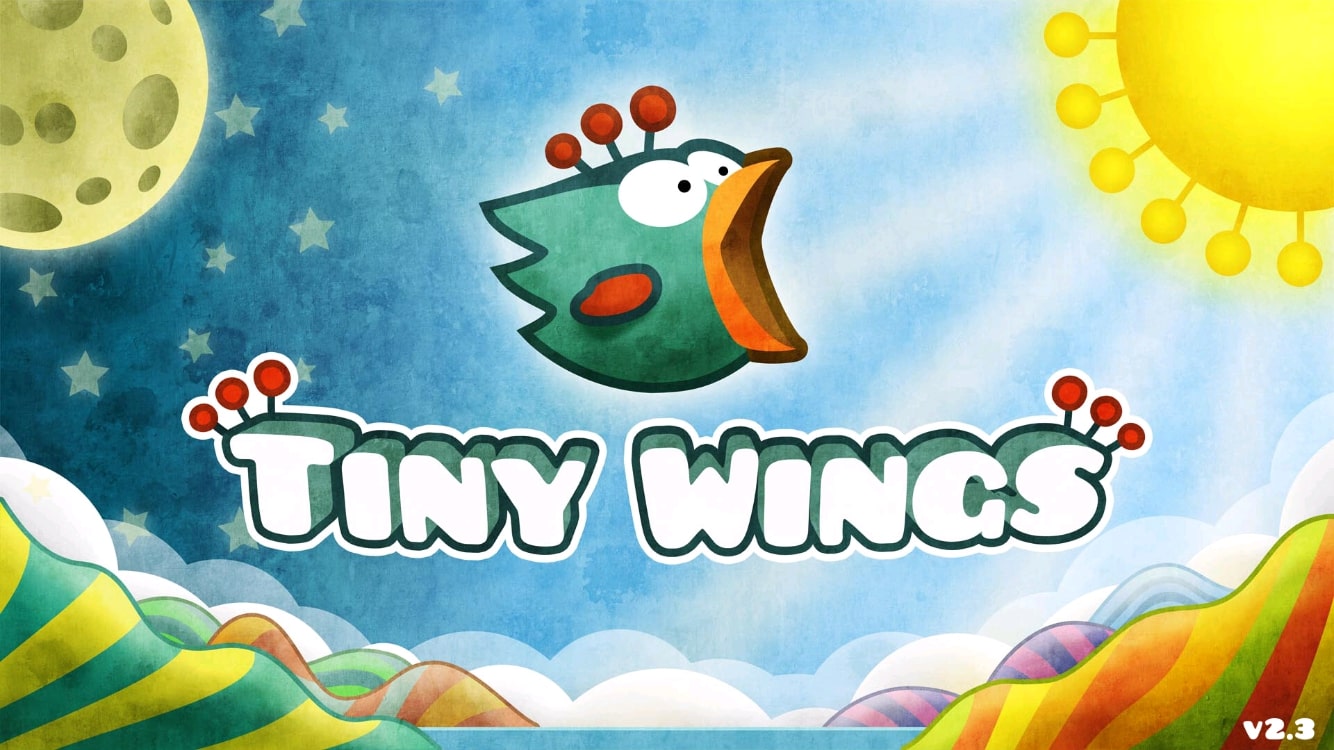 Who would’ve thought a tiny bird who couldn’t fly would end up being such a popular mobile game. Keep in mind this was before Flappy Bird. I’m talking about Tiny Wings, a game that released back in 2011 on the App Store. This game was really successful, becoming the highest-grossing game for a couple of weeks after its release.

It has sold over 12 million copies for the iPhone and iPad. What’s more impressive is that this game was developed by a single person, Andreas Illiger. Nowadays, Tiny Wings is not getting many updates, and it seems like there won’t be more content in the future.

Apparently, the game has been forgotten by its developer, but does that mean we should forget about it too? That’s what we’ll discuss in today’s retro review of Tiny Wings.

Tiny Wings: Playing with flightless birds before it was cool 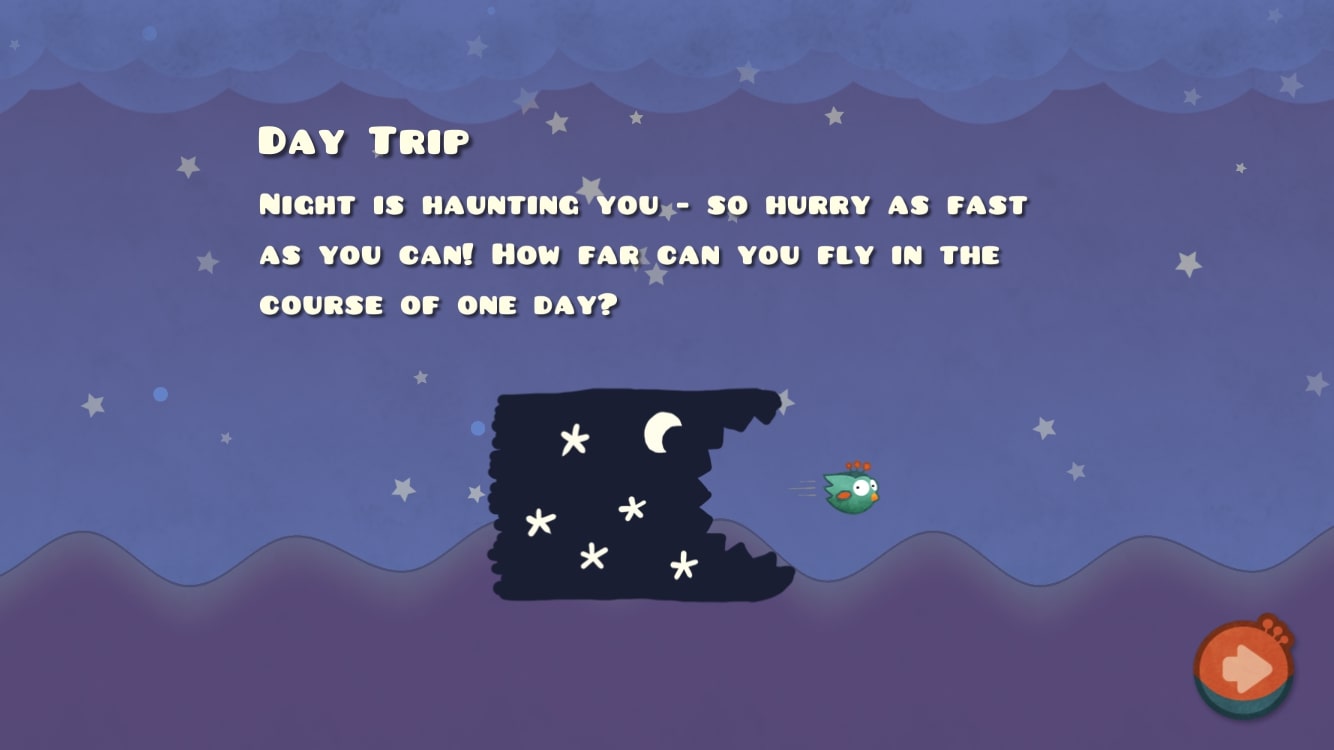 As mentioned before, Tiny Wings is a game developed by Andreas Illiger, a self-taught developer from Germany. In this game, you play as a bird with, you guessed it, tiny wings. The bird can’t fly, so it needs to gain speed to rise as high as possible before it starts falling with style.

The main objective is to get to the next nest. To do that, you need to complete some missions during your flight. You have to get as far as possible before the night gets you. Although you can’t avoid the night, you can get farther by getting power-ups and using the slopes wisely.

The experience: Not that engaging 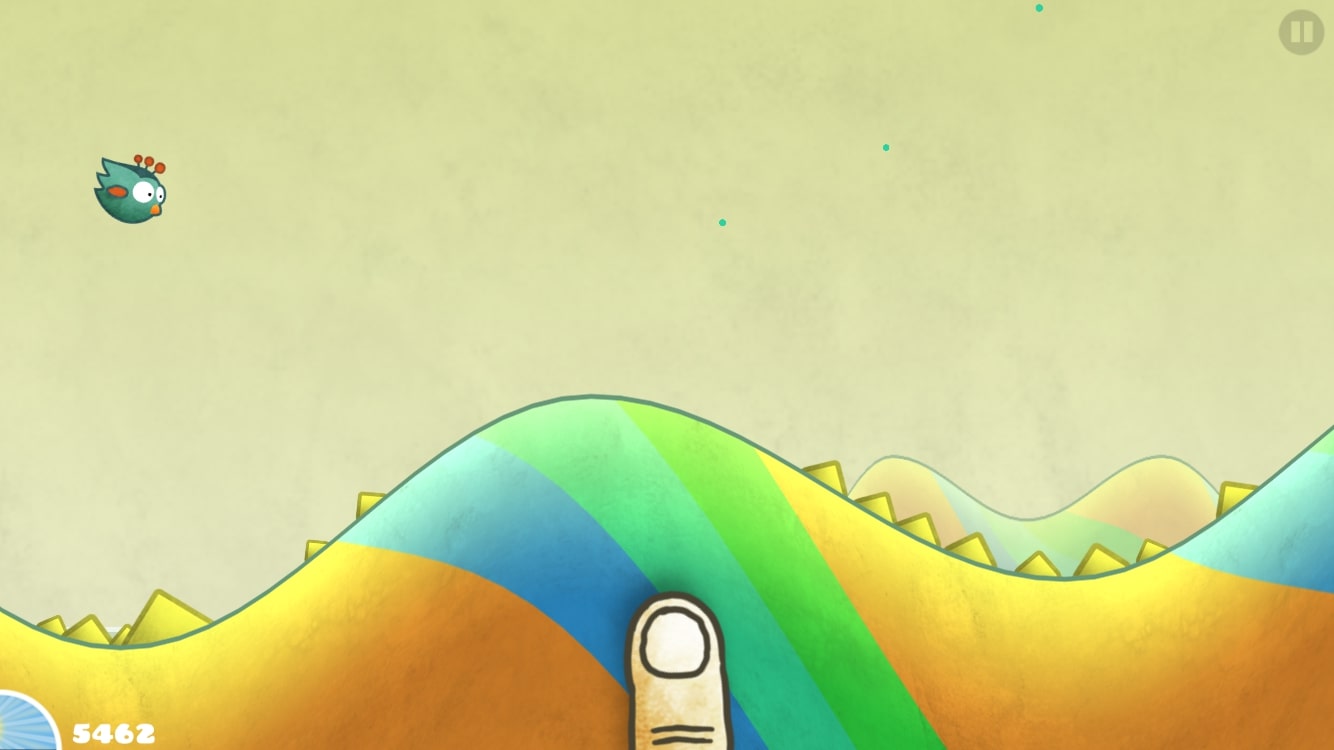 It’s really simple to start playing Tiny Wings. You only need to use one finger. You tap on the screen to make the bird go down, and you release it to make it fly. You’ll need to use the slopes correctly to fly higher. It will take some practice to time your inputs correctly. But you’ll still get stuck from time to time.

It might be just me, but controlling the bird with just one finger is not as engaging as it was before, at least in the regular mode. I found myself getting distracted from playing. But then again, this is the type of game that you play to kill time, not to be fully invested in, and it does a great job in that regard.

The design of the game and the music are still good. The colors and animations are smooth and when you combine them with the soothing music, you’re in for a relaxing gaming session.  That is unless you’re playing the other game modes. 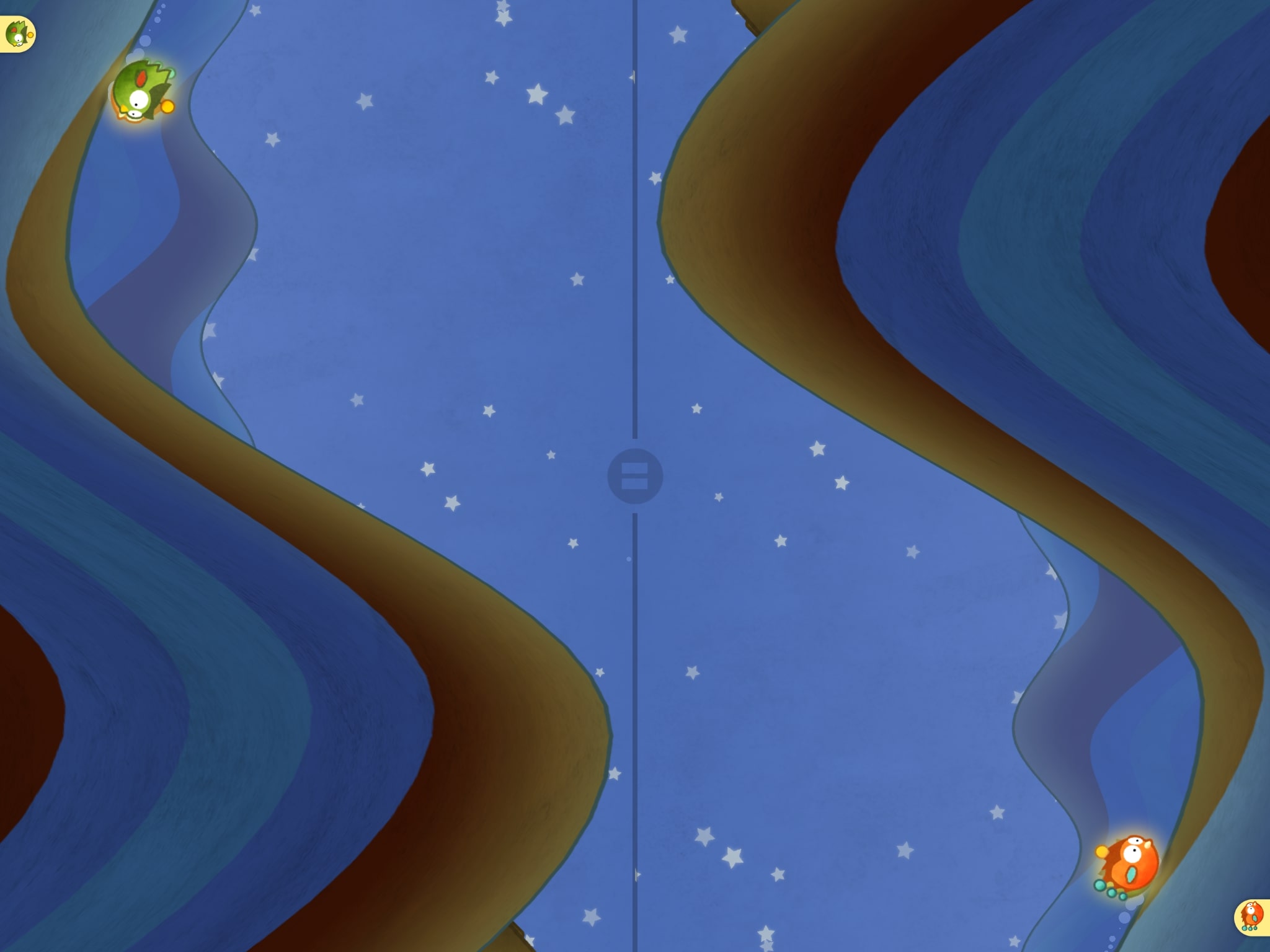 Currently, the game has different game modes or chapters. The first one is called Day Trip. This is the basic game mode where you get as far as you can before the night starts. As mentioned before, it’s a relaxing mode with a few missions to complete to get to the other nest.

Chapter 2 is called Flight School, which is a more competitive game mode. You can go to five islands, each one with its own stages. You’ll compete against other birds to get to the finish line. You can’t play on the next stage or island before you play on the previous one and finish in the first or second place.

In my opinion, this game mode is the most entertaining and rewarding. You compete against the computer but you can also check where you are on the global leaderboard.

Finally, chapter 3, Party on the Hill. This is a split-screen local multiplayer game mode. Because of this, it’s only available on the iPad. You can choose and customize the goal and the first one to achieve it wins.

Tiny Wings’ mechanics might not be as engaging as they once were, but overall the game is still entertaining, especially when playing its different game modes. If you had the game, I suggest you play it again for yourself. Also, let me know what you think of it.

If you’re new to the game and want to try it for yourself, you can buy Tiny Wings for $1.99 on the App Store. However, I would suggest you check Dragon Hills. You’ll experience the same gameplay mechanics while having enemies, upgrades, boss fights, and more. All for the same price.

Huge thanks to Diego Milano for suggesting today’s game back on the first retro review I did. You can leave your game suggestions in the comments for future retro reviews.