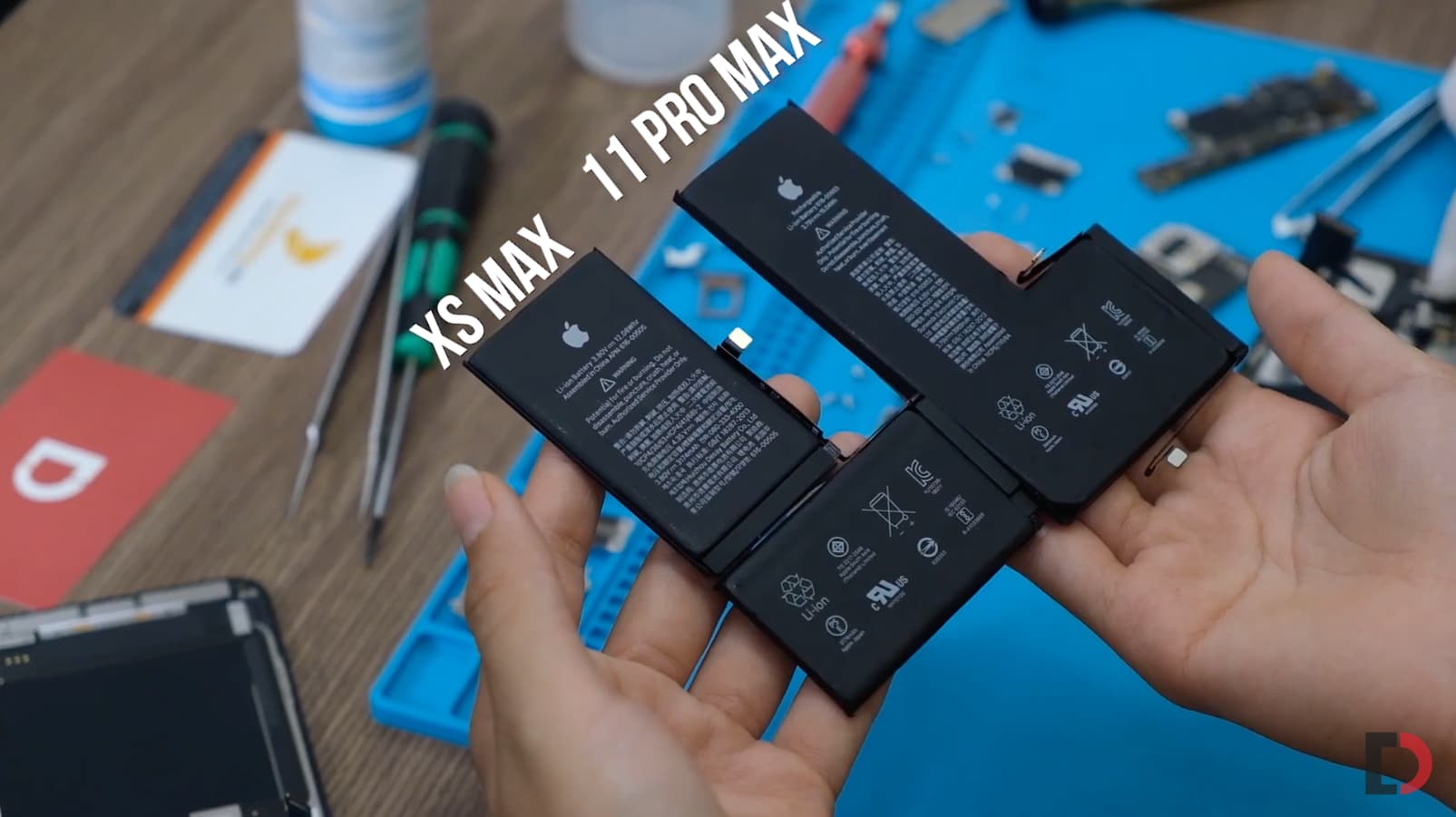 The iPhone 11 Pro Max, or any of the other variants for that matter, don’t officially go on sale until this Friday, September 20. However, that hasn’t stopped a YouTube channel from uploading a teardown of the largest new iPhone.

The YouTube channel DChannel has the teardown, with the total runtime of the video coming in at just over two minutes. It’s narrated in Vietnamese, but you can watch as the handset is given the teardown treatment along the way. Some parts are singled out  and compared to the iPhone XS Max, the handset the iPhone 11 Pro Max is replacing.

For starters, the iPhone 11 Pro Max does indeed feature a bigger battery — as do the iPhone 11 and iPhone 11 Pro models. Chinese regulatory documents confirmed as much recently, and the teardown shows us that is the case. Apple is using the improved battery life in all three models as a major selling point, so this isn’t a shock by any means.

As far as the battery itself, the iPhone 11 Pro Max has a 3969mAh battery, which is about 20 percent bigger than what the iPhone XS Max offers. Interestingly, the new battery design still has the L-shape, but it’s not separated like it is in the XS Max.

You can watch the teardown video below. You’ll see the new rectangular logic board, which is actually a return to form for Apple after it briefly switched to an L-shaped logic board. You also get a look at the rear camera module, and an inside peek at the front-facing and TrueDepth cameras.