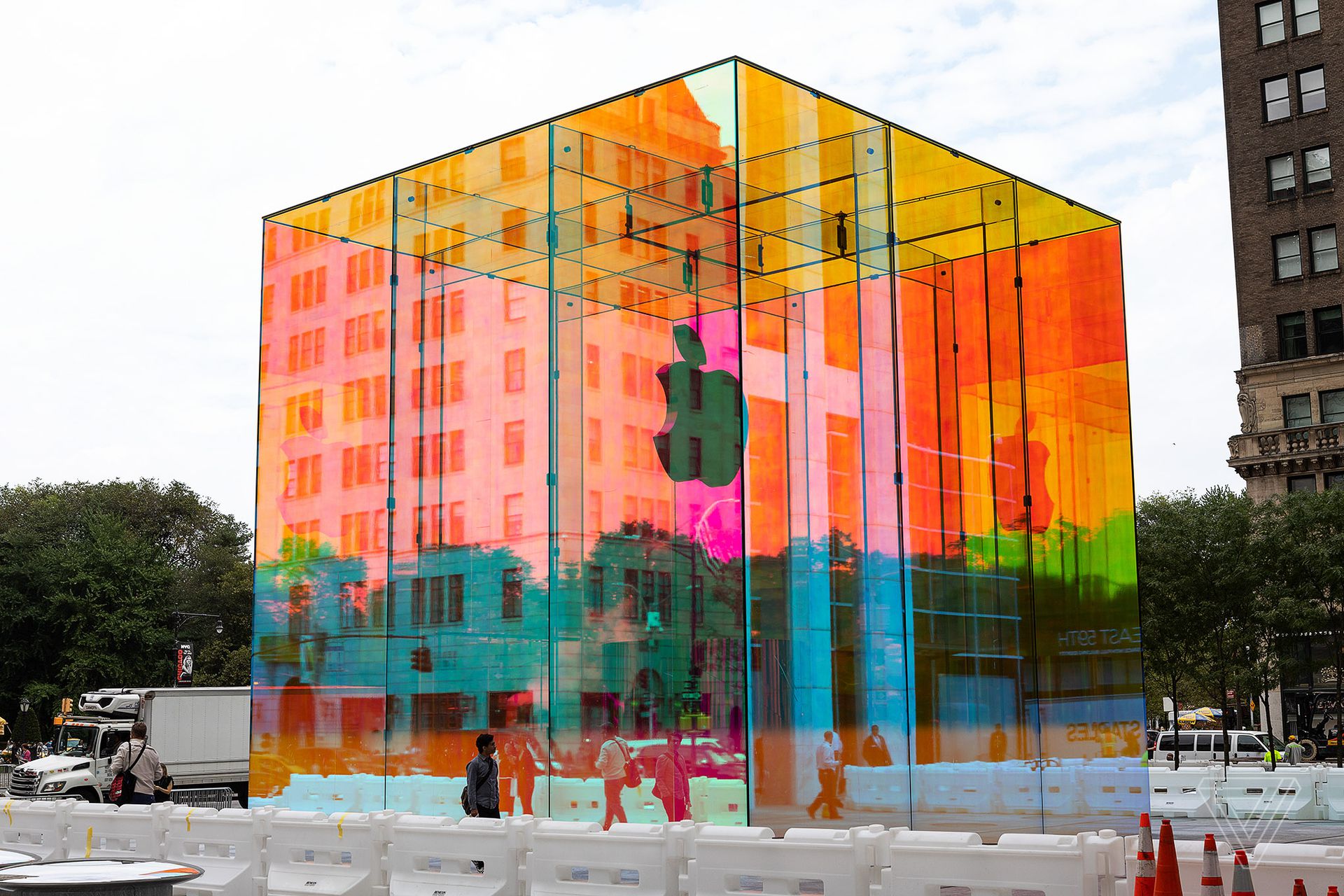 Apple seems to be making changes to its existing stores all over the globe on a regular basis, and its flagship physical retail space on Fifth Avenue in New York City is no different.

But this store is a bit different, because it’s an iconic location with a giant cube at street level, with the store below. The cube itself is immediately recognizable all on its own, but with the changes the company is putting in, it’s looking quite a bit different right now.

As noted by The Verge, Apple’s retail space on Fifth Avenue has been under conscription since 2017. With the renovations coming to an end (hopefully soon), Apple has a special wrap encasing the giant glass cube. As you can see from the image above and the images below, that wrap gives the cube an iridescent shine that’s really something to behold. 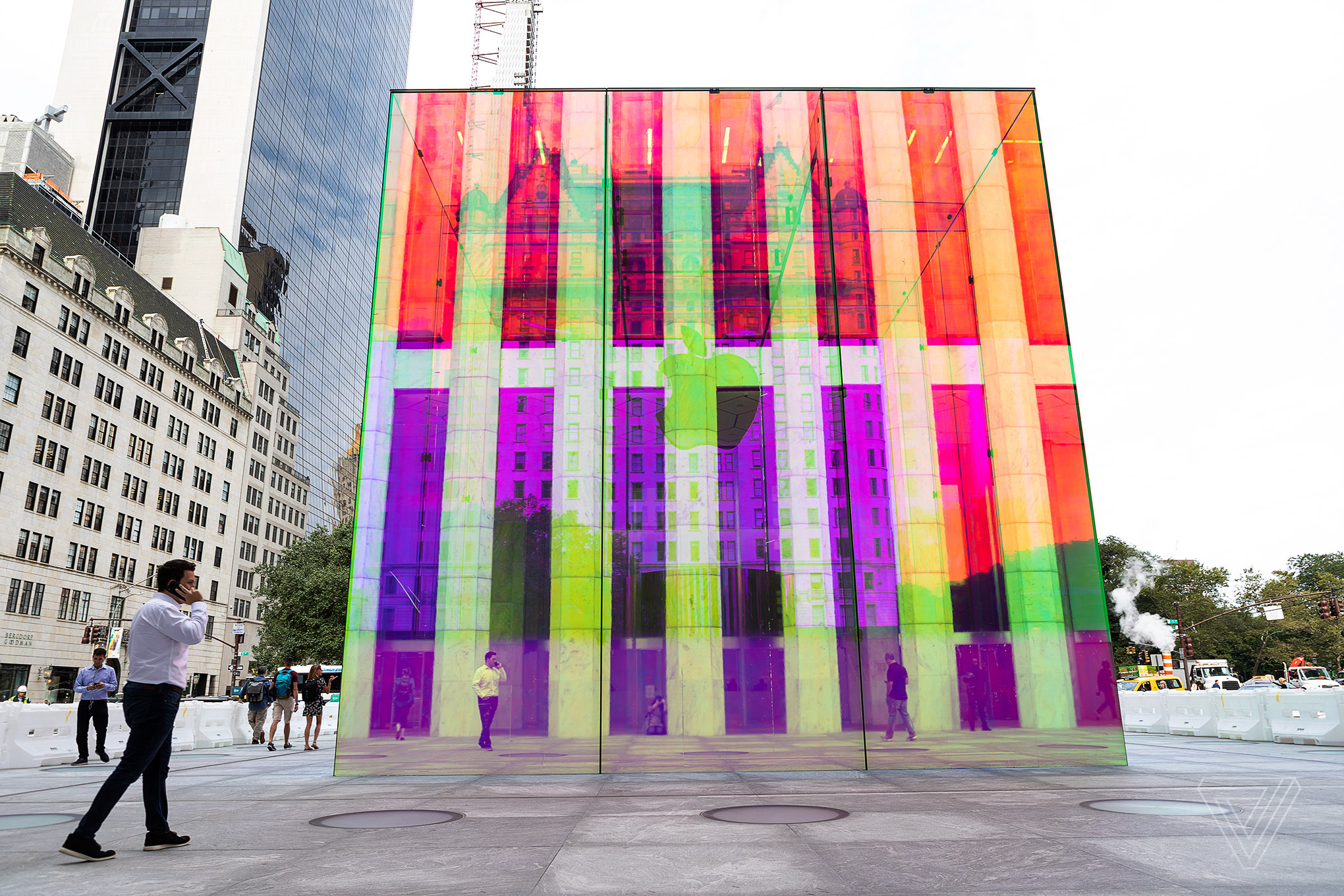 Unfortunately, since this is just a wrap on the cube, it’s temporary. There is no word on when the wrap will be taken off, but it sounds like if you’re in the area you should stop by as soon as you can to check it out in person. 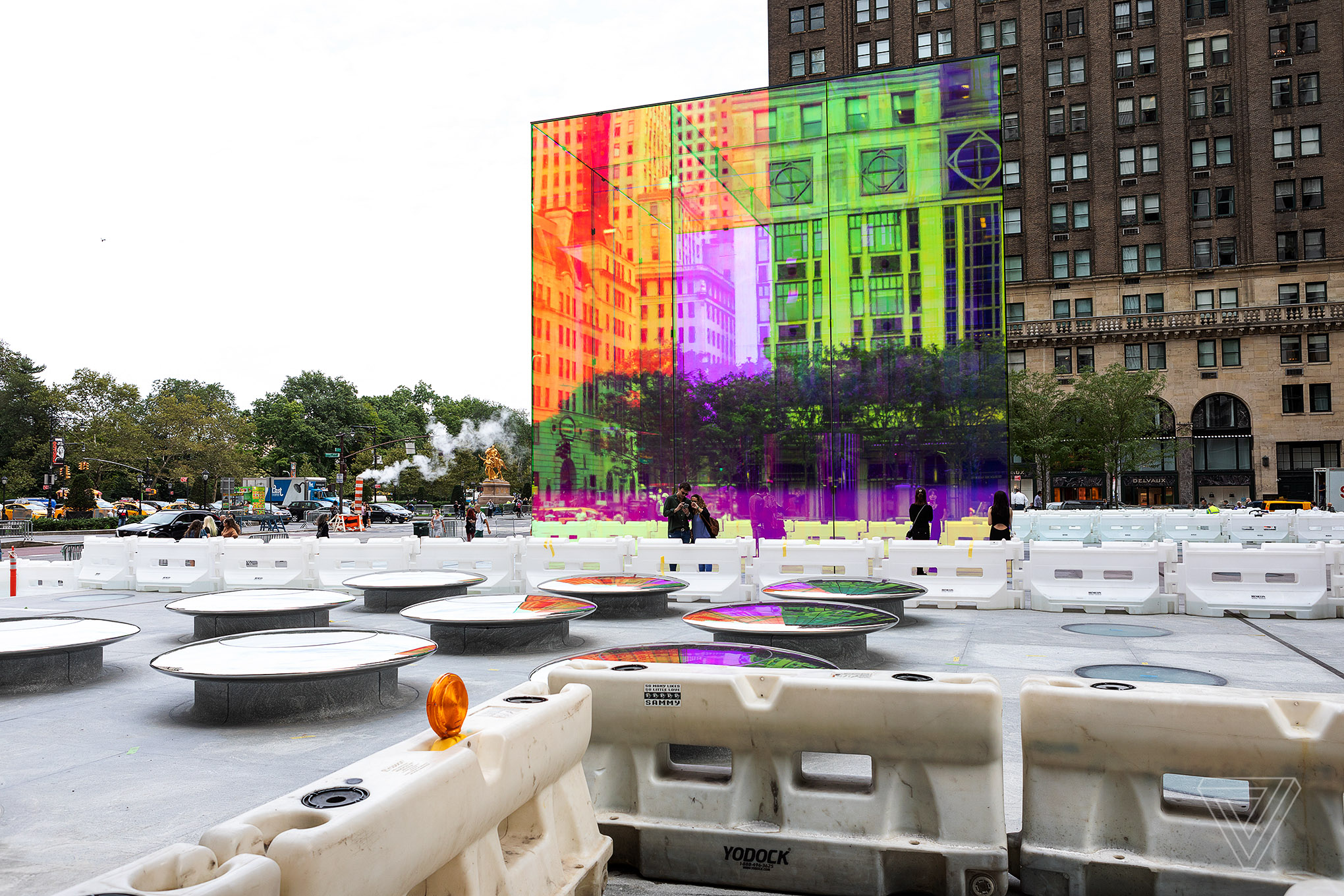 If you can’t, these photographs will have to do.

What do you think? Should Apple keep the wrap in place so this rainbow shine sticks around?