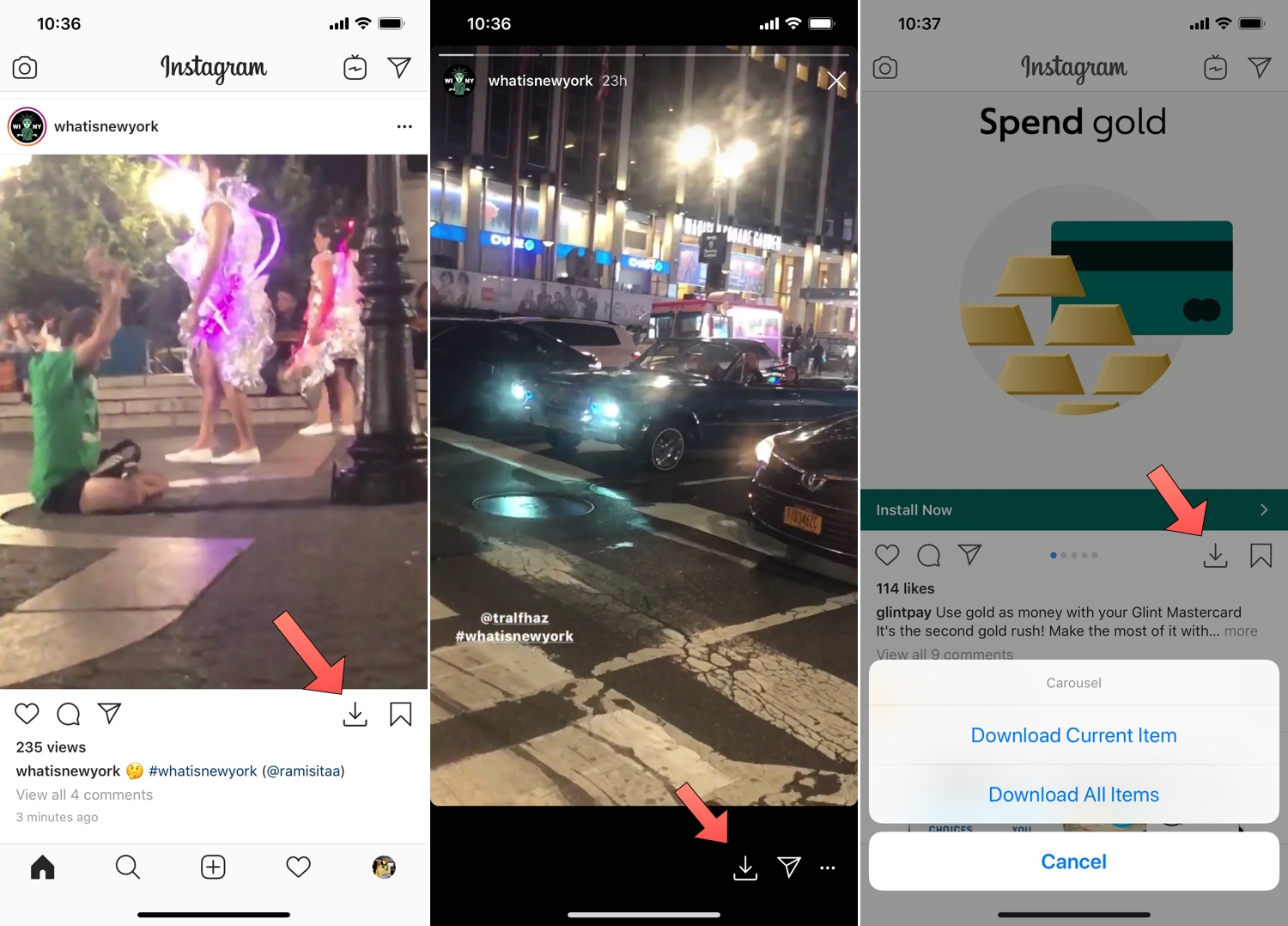 If you frequently use the Instagram app on your free time and you have a jailbroken handset at your disposal, then you might want to turn your attention to a newly released jailbreak tweak dubbed Rhino by iOS developer Michael Lema.

Rhino is a powerful extension for the official Instagram app that lets users download images, videos, and even live videos from anything that appears in the News Feed. As you’ll notice in the screenshot examples above, the tweak adds a new Download button just to the left of the native Bookmark button.

In addition to media downloading tools, Rhino brings a plethora of other user-requested features to the Instagram app, including:

According to the developer, Rhino downloads all media at the highest possible quality without any compression. That said, what you see in the Instagram app is what you can expect to see in your Camera Roll as the output when the tweak is done.

Those interested in taking Rhino for a spin can download the tweak for free from the BigBoss repository in Cydia or Sileo. The tweak purportedly works on all jailbroken iOS 11, 12, 13, and 14 devices using the Instagram app.