It was only a few days ago that the Sileo Team first made Sileo Beta v1.3.6 available to the general public for testing purposes, but as you might come to expect, that was only the start of things. 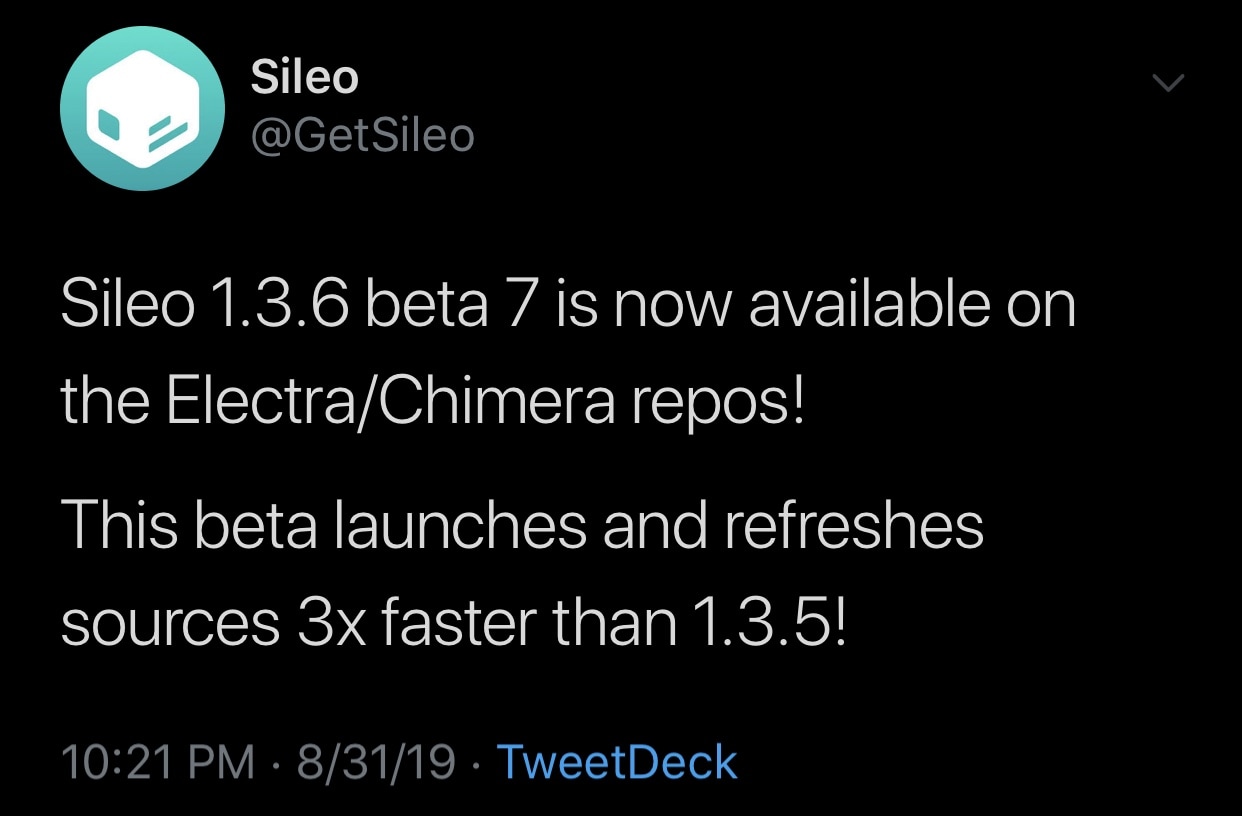 From what we can gather, Sileo v1.3.6 beta 7 makes repository refreshes up to three times faster than the previous version (v1.3.5), which is certain to come in handy if you have multiple sources installed for for the purpose of obtaining extensions on a handset liberated with the Chimera or Electra jailbreak tools.

Just like with previous beta releases, Sileo v1.3.6 beta 7 can be obtained through the default Chimera or Electra repositories on their respective jailbreaks.

The Sileo beta installs alongside the official version of the Sileo app, allowing users to test the newest features and improvements while maintaining access to a stable release of the package manager when necessary for legitimate tasks.

Have you noticed any speed improvements to the Sileo app since downloading the latest beta? Discuss in the comments section below.