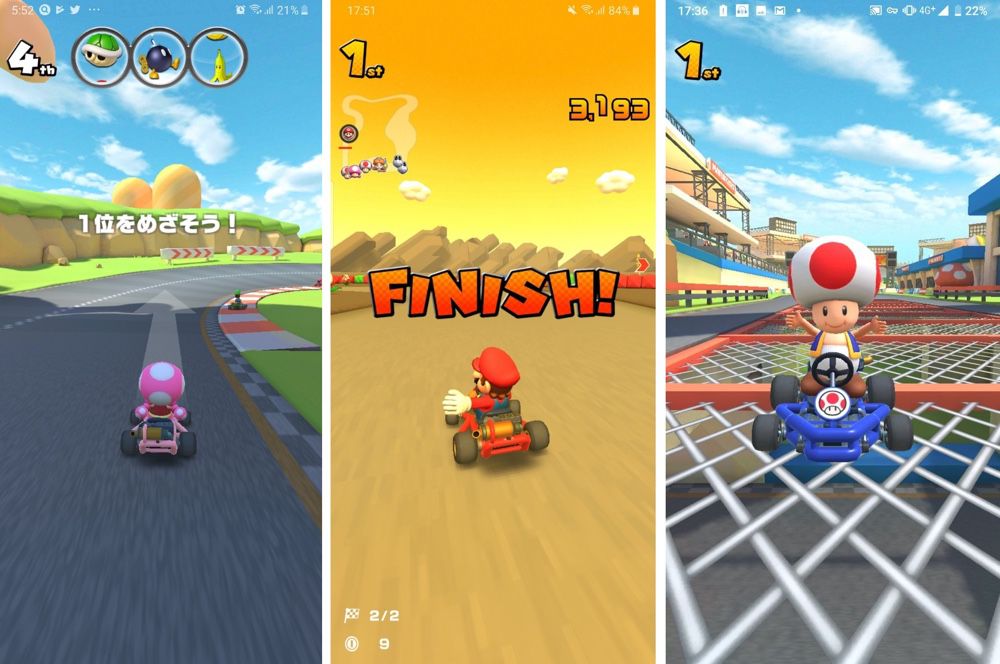 Mario Kart Tour, Nintendo’s next mobile game, will be launching on the iOS platform in about a month, on Wednesday, September 25, but you can already pre-order it.

“Buckle up, because #MarioKartTour will be available on 9/25,” reads Nintendo’s tweet.

Mario Kart Tour was announced in February, but a beta version of the game has been available on a limited basis since May in the American and Japanese App Stores. Similar to Mario Kart for consoles, the mobile version offers the same soundtracks like the previous titles. There are four difficulty levels and you can choose between manual or automatic controls.

Like with Super Mario Run, Nintendo’s first mobile-only game, the control scheme couldn’t be simpler. According to beta testers (and the official trailer), you just swipe with a finger across the screen to steer your kart. Plus, in automatic mode your kart accelerates on its own.

As with the console version of the game, Mario Kart Tour is a kart racer title set in the Mushroom Kingdom. Players are tasked with racing to beat their rivals to the finish line using drifts and items to gain an edge on their opponents.

Tracks within the game were taken from prior versions of Mario Kart, including Super Mario Kart, Mario Kart 64, Mario Kart: Double Dash and Mario Kart 7. Nintendo has also included Grand Prix cups that offer a collection of tracks to race through.

The game is set in the iconic Mushroom Kingdom and features a familiar cast of playable characters, such as Luigi, Toad, Shy Guy, Waluigi, Peach, Toadette and others. The free-to-play game doesn’t cost money to download. While you’ll be able to enjoy the game without spending real cash, Nintendo has confirmed that there will be upgrades and unlockable characters via the In-App Purchase mechanism.

You can follow @mariokarttourEN for more information heading into the game’s release.

If you pre-order it today, you’ll receive an App Store notification on launch. If you have automatic downloads turned on, the game will also download automatically to your device.