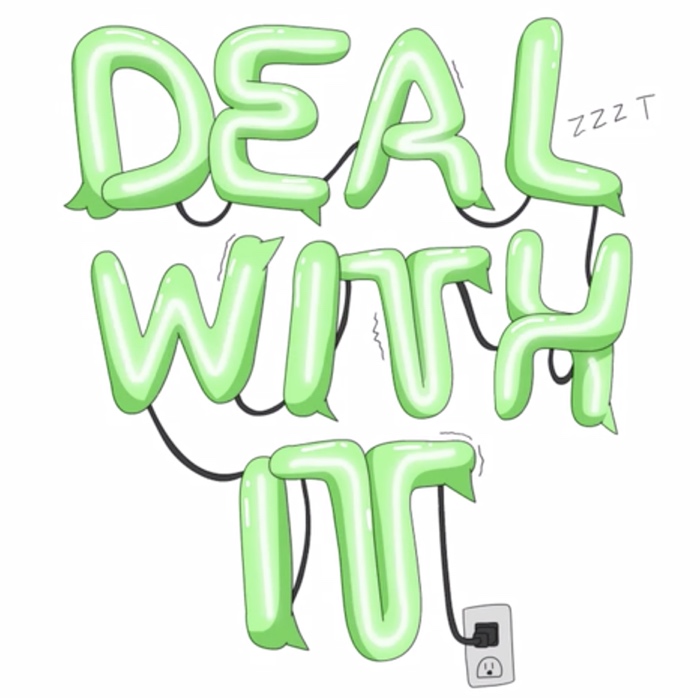 When you use iMessage with another iOS user (as long as they have iMessage turned on), you’ll see a blue chat thread. That only changes to green when you’re texting someone who isn’t using iMessage, like, say, to an Android handset.

As noted by The Verge, there are a lot of options. Some of them are normal enough, like a standard GIF that just says “Deal with it” in green text. But some of these GIFs are also borderline terrifying.

Like this one, where a blue chat bubble has a green chat bubble burst out of its back for some reason:

I don’t even know:

Maybe you just want to tell the iOS user you really don’t care, but with some flair:

And then there’s this one:

Maybe the most sane one of all these is a GIF inspired by the game Snake:

You can see all of Samsung’s shared GIFS right here if you are so inclined.

As someone who’s been called out for having green bubbles in a conversation (but none of it in a serious manner), I know that this kind of joking around certainly exists. And maybe some folks take it very seriously! But these GIFs don’t really feel like a solution to that “problem”.

And why are most of these GIFs so violent? Why does a body-less unicorn need to stab anything? It’s a unicorn! Do unicorns get stabby when they don’t have a body?

What do you think of Samsung’s latest effort to help Android users differentiate themselves from iOS users? Have you ever been called out, or ever called someone out, for green bubbles? Think you’ll be seeing a lot of these out there in the wild?