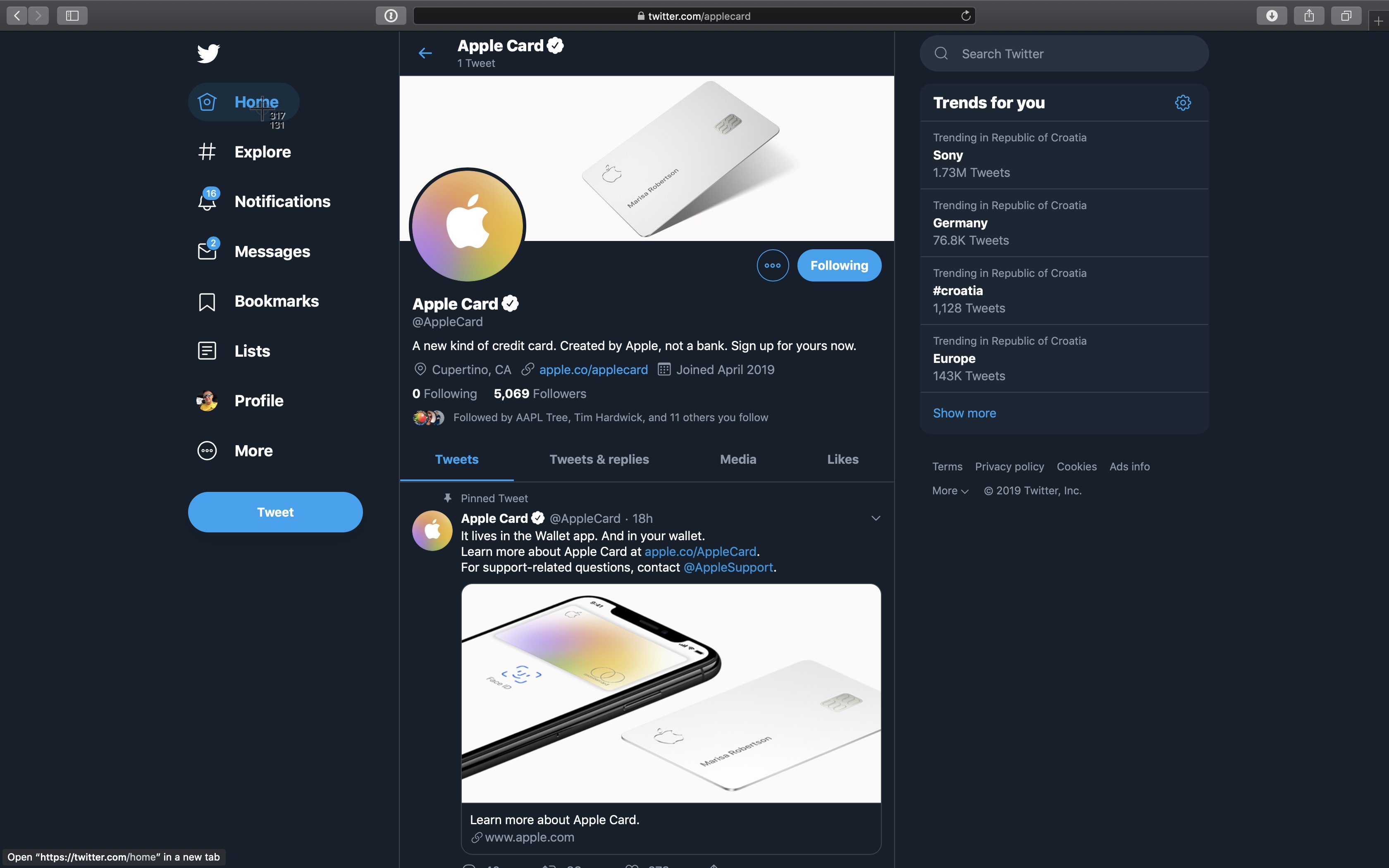 After making its Apple Card available yesterday to all qualifying customers in the United States, Apple has now created the official Twitter account for its credit card realized in partnership with the huge investment bank Goldman Sachs and the global Mastercard payment network.

It’s only tweeted once so far, to announce that Apple Card had expanded to all customers in the United States with the tweet linked to the official Apple Card webpage on Apple’s website. “A new kind of credit card. Created by Apple, not a bank. Sign up for yours now,” reads the bio.

This isn’t Apple’s only presence on Twitter as the company also maintains official accounts for App and iTunes Stores, Apple TV+, Apple Support and so forth. The Cupertino tech giant also has a playlist on its official YouTube channel dedicated to the Apple Card mini video tutorials.

Apple Card is available to qualifying customers in the United States who are 18 years or older. To apply for the card, you must have an iPhone running iOS 12.4 with an Apple ID account configured on the device and the two-factor authentication protections enabled. You also must be a US citizen or a lawful US resident with a US residential address.