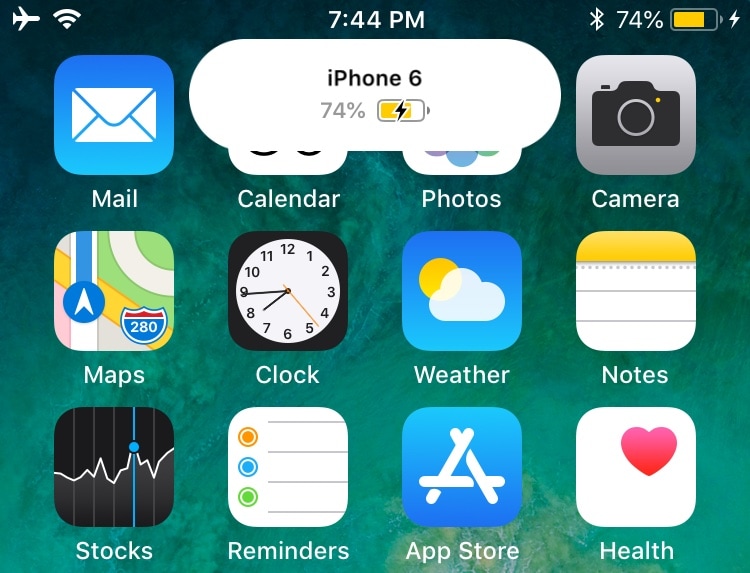 Ever since getting my 2018 iPad Pro, and an Apple Pencil 2 to go along with it, I’ve become mainly accustomed to seeing the Apple Pencil 2’s charging status when it magnetically snaps to the side of my tablet. On the other hand, this beautiful charging interface often left me wondering: why hasn’t Apple implemented a similar charging interface for other devices?

Enter PencilChargingIndicator, a free jailbreak tweak created by iOS developer shiftcmdk that brings the Apple Pencil 2-esque charging interface to other devices. Once installed, it makes the interface appear whenever the host device gets connected to a power source, as shown above.

Worth noting right off the bat is the tweak behaves just as you’d expect it to. The interface appears when you connect your handset to a power source, and it quickly disappears on its own. Moreover, it displays the name of your device just above the battery information.

PencilChargingIndicator is configurable, and for that reason, you’ll find a dedicated preference pane in the Settings app after installation:

If PencilChargingIndicator sounds like something you’d like to try, then it can be had for free from shiftcmdk’s repository in Cydia or Sileo. The tweak supports jailbroken iOS 11 and 12 devices.

If you aren’t already using shiftcmdk’s repository, then you can add it to your package manager of choice with the following URL:

What are your thoughts regarding PencilChargingIndicator? Let us know by dropping a comment below.