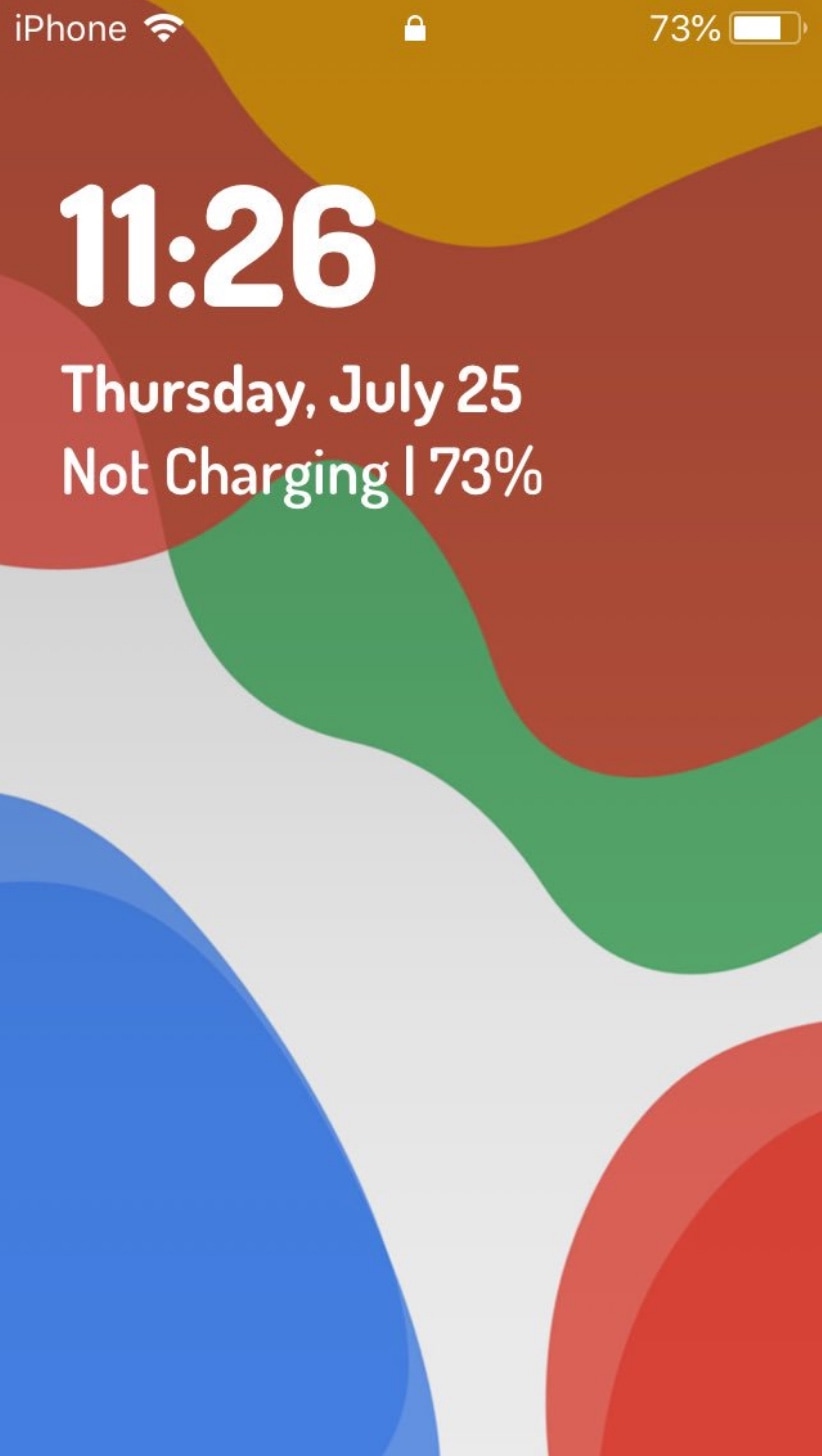 The Lock screen is the first thing you see every time you pick up your iPhone to use it. With that in mind, it’s not hard to see why some jailbreakers are quick to customize the appearance of it.

If you’re a minimalist and you appreciate the small things in life, then you might take a liking to a newly-released jailbreak tweak called CustomLock by iOS developer TylerD3V, as it provides users with two great ways to change the Lock screen’s aesthetics: text alignment and third-party fonts.

In the screenshot example shown above, you’ll notice that CustomLock is being used to align the Lock screen’s date and time text to the left, and you’ll also notice that the font has been changed from Apple’s formal text styling to something a bit quirkier.

Once installed, CustomLock adds a preference pane to the Settings app where you can configure the tweak to your liking: 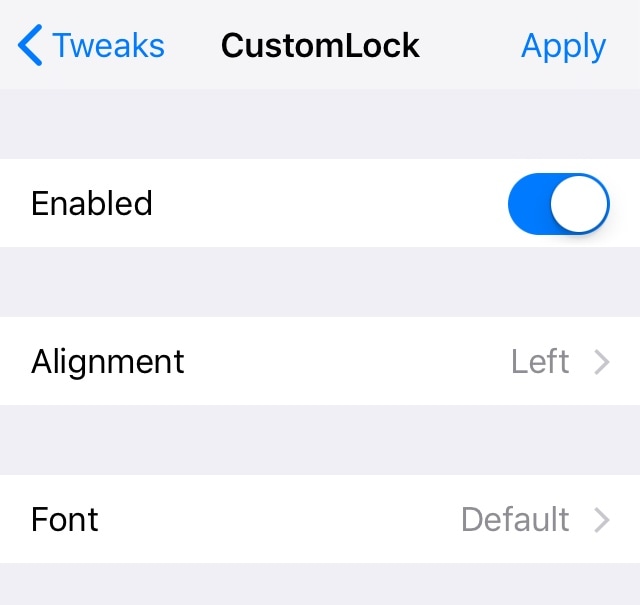 The developer provides a blue ‘Apply’ button at the top right of the preference pane, which saves any changes you make to the tweak’s settings.

It’s worth noting that we showed you a jailbreak tweak called CustomLock before, which allowed you to customize your Lock screen’s sounds rather than the Lock screen’s text. The developer has since renamed the original tweak to CustomSounds, paving the way for this release to be named CustomLock.

While we like the idea of making the Lock screen look nicer by way of CustomLock, what we don’t like is the price. CustomLock offers functionality we’d expect out of a free jailbreak tweak, but it instead comes with a $1.50 price tag (originally $2.00).

To each their own however; if you don’t mind shelling out a dollar and some change for a tweak of this caliber, then you can purchase CustomLock from the Packix repository in Cydia or Sileo. It should work with all jailbroken iOS 11 and 12 devices.

What are your thoughts about CustomLock? Let us know in the comments section below.