It wasn’t long after @NedWilliamson released his Sock Puppet exploit that Pwn20wnd and the Electra Team began playing ‘tag you’re it’ with continuous jailbreak tool updates to support the latest possible firmware version(s), and as it would seem, those updates may finally be starting to plateau.

In a Tweet shared just a few minutes ago, Pwn20wnd announced the official public release of unc0ver v3.0.0, which officially brings it out of beta testing: 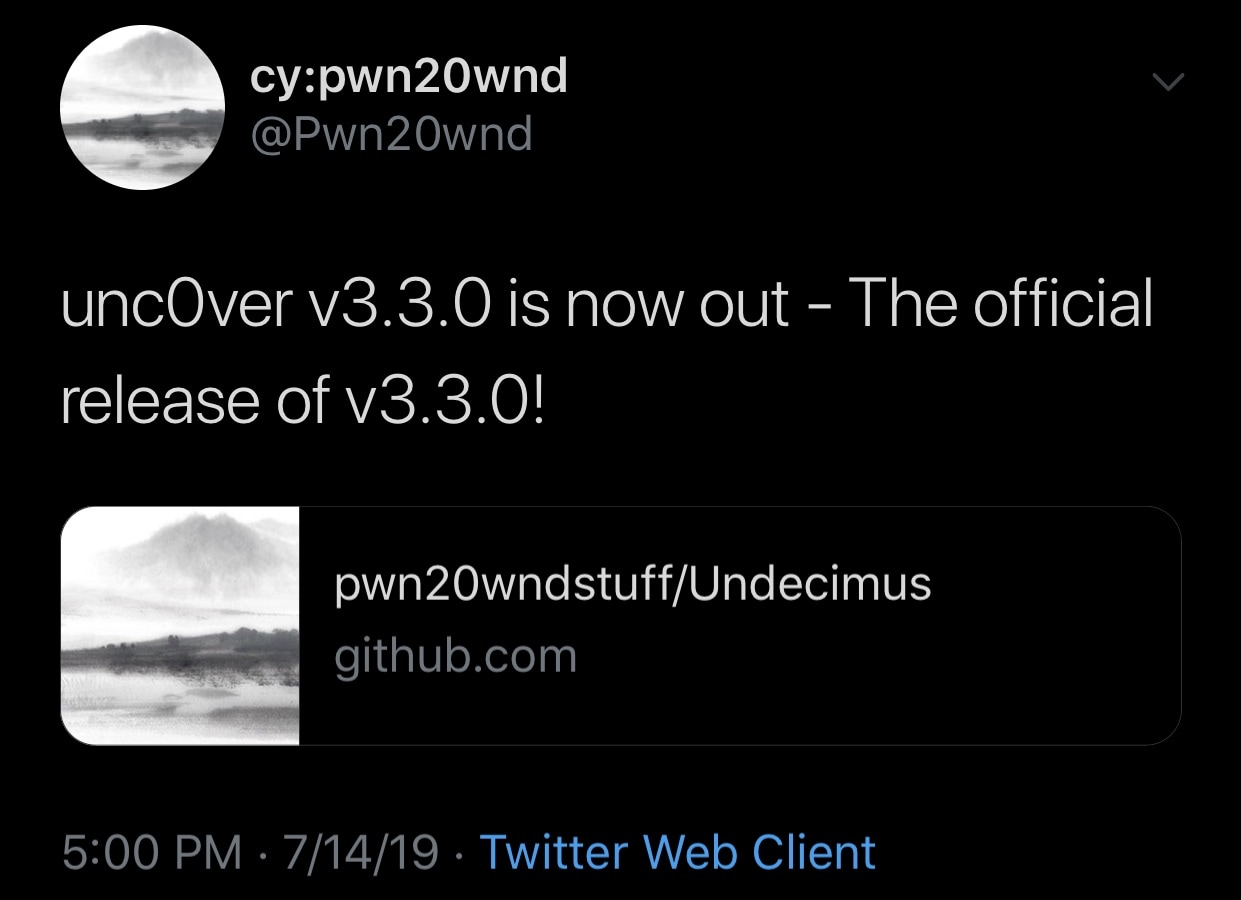 Intriguingly, the unc0ver v3.0.0 public release doesn’t come with a lengthy change log, which speaks to the software’s stability. The change log notes the following alterations:

If you’ve been anticipating the thought of jailbreaking iOS 12.1.3-12.2, but you’ve been waiting for the stable public release of unc0ver v3.0.0, then you should now be good to go.

The software is available to download from Pwn20wnd’s GitHub repository, and if you’ve never jailbroken with unc0ver before, then you can follow our step-by-step tutorial to ensure you do it right.

Have you jailbroken with unc0ver yet? Let us know in the comments section below.