Pwn20wnd just got done updating the unc0ver jailbreak tool to version 3.3.0 beta 3 this morning, and in an unforeseen turn of events, he has just updated unc0ver again this afternoon to beta 4 with an important reliability fix involving the Sock Puppet exploit for iOS 12.2.

Pwn20wnd announced the updated version of unc0ver just a few moments ago via Twitter: 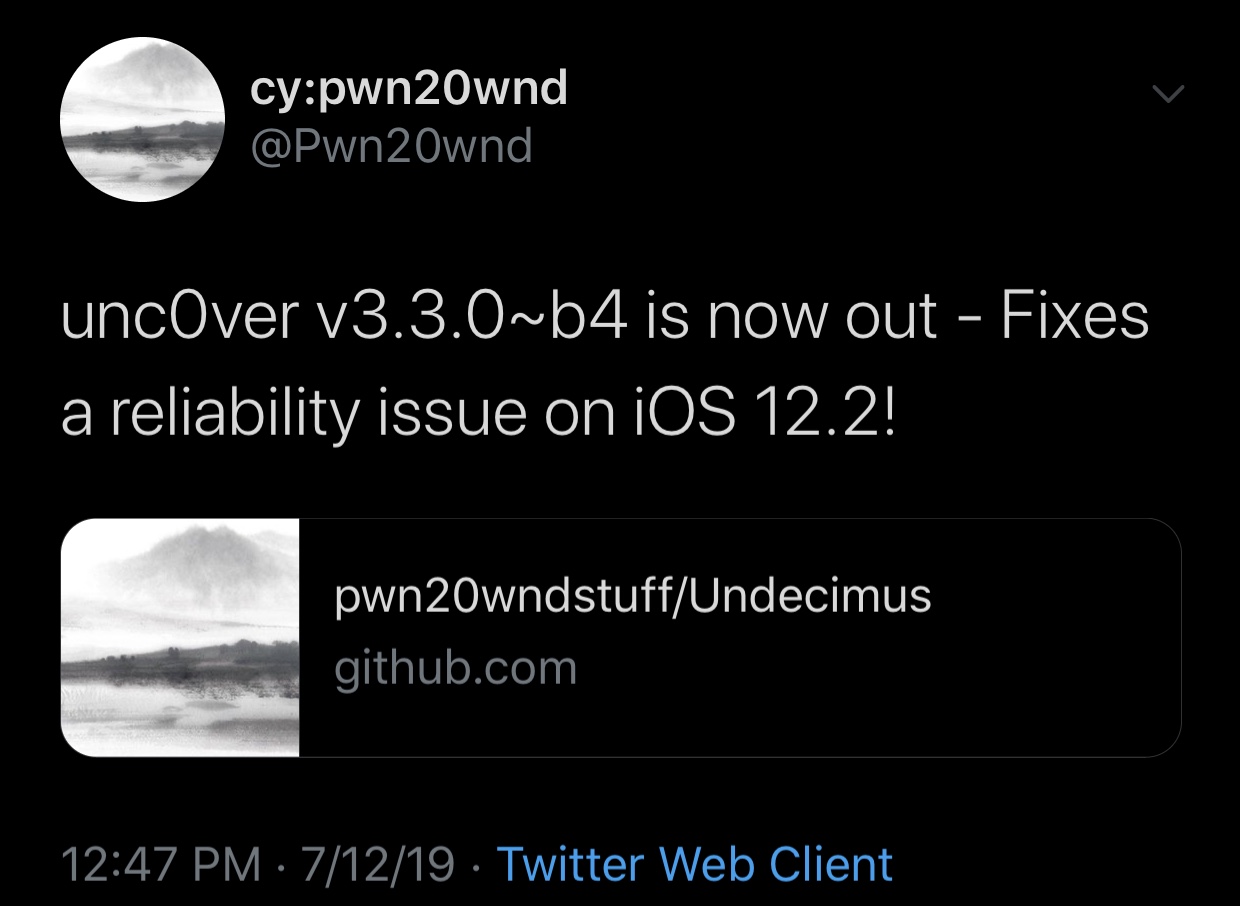 The change log available on Pwn20wnd’s official GitHub page also cites the same bug fix, but isn’t specific as to what the fix is or what it aimed to resolve:

– Fix a reliability issue with the sock_puppet exploit on iOS 12.2

Update: Unc0ver v3.3.0 beta 4 was pulled by Pwn20wnd due to an unforeseen reliability issue. Pwn20wnd said he would be releasing another version to fix this shortly: 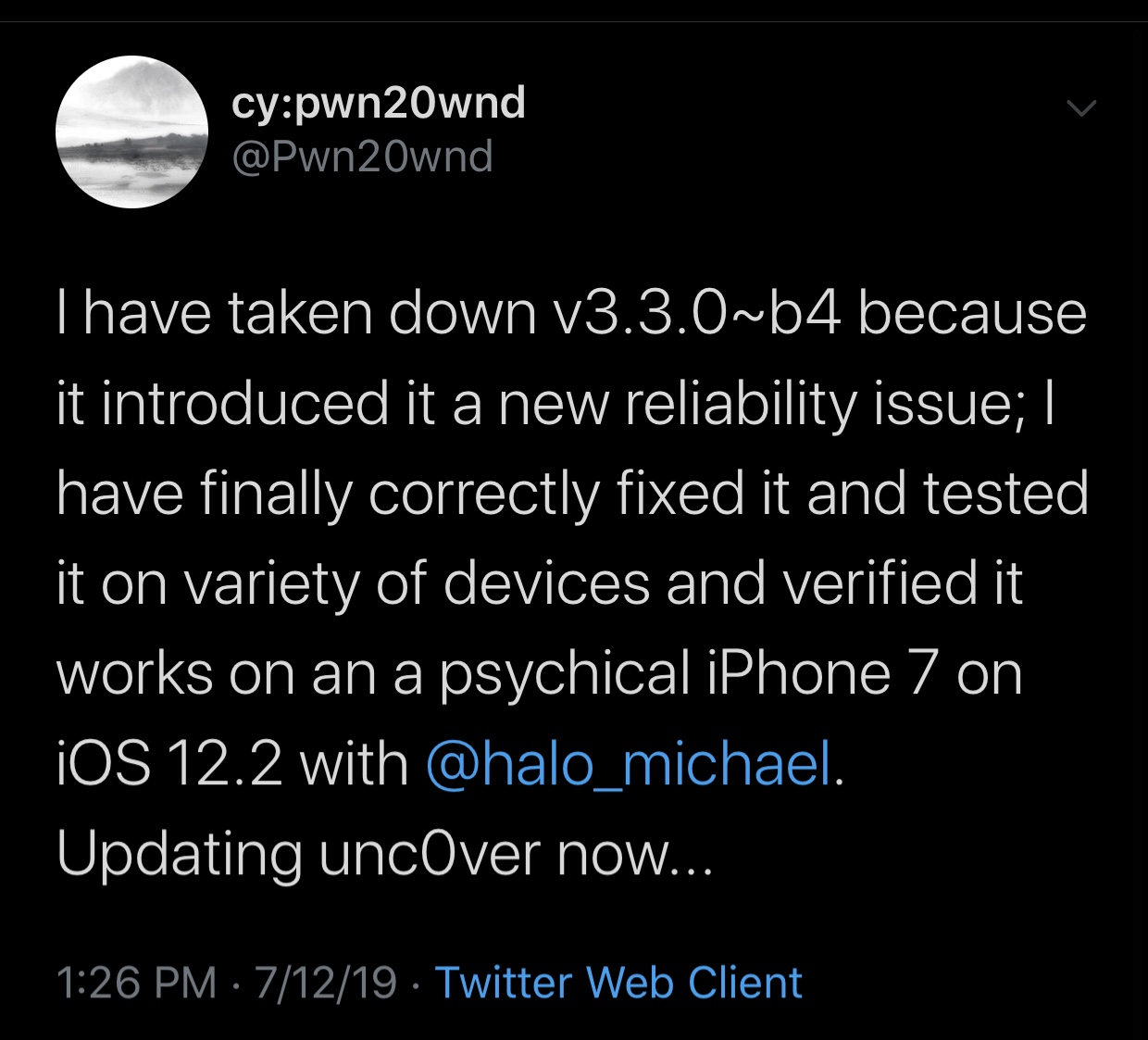 If you’re using unc0ver to jailbreak your iOS 12.2 device, then this update is recommended for you, and it’s available to download from Pwn20wnd’s GitHub page. Notably, this release is still a public beta, so we advise waiting for the official public release unless you’re an advanced jailbreaker or a developer.

If you’ve never used unc0ver before, and would like to know how, then we’d advise reading our in-depth tutorial as you do so to make sure the process goes as smoothly as possible.

Has the latest update resolved any iOS 12.2-centric stability issues that you might’ve been experiencing? Let us know in the comments section below.