The Electra Team made good on its promise to release an updated Chimera jailbreak with support for the new iOS 12.1.3-12.2-centric Sock Puppet exploit by @NedWilliamson, but as you might’ve seen from the slurry of jailbreak tool updates this afternoon, the exploit had bugs that still needed fixing on certain handsets.

Shortly after Pwn20wnd released a revised version of the unc0ver v3.3.0 beta with fixes for all known issues pertaining to the Sock Puppet exploit, the Electra Team released Chimera v1.2.1 to do the same on their platform. The release was announced via Twitter this afternoon: 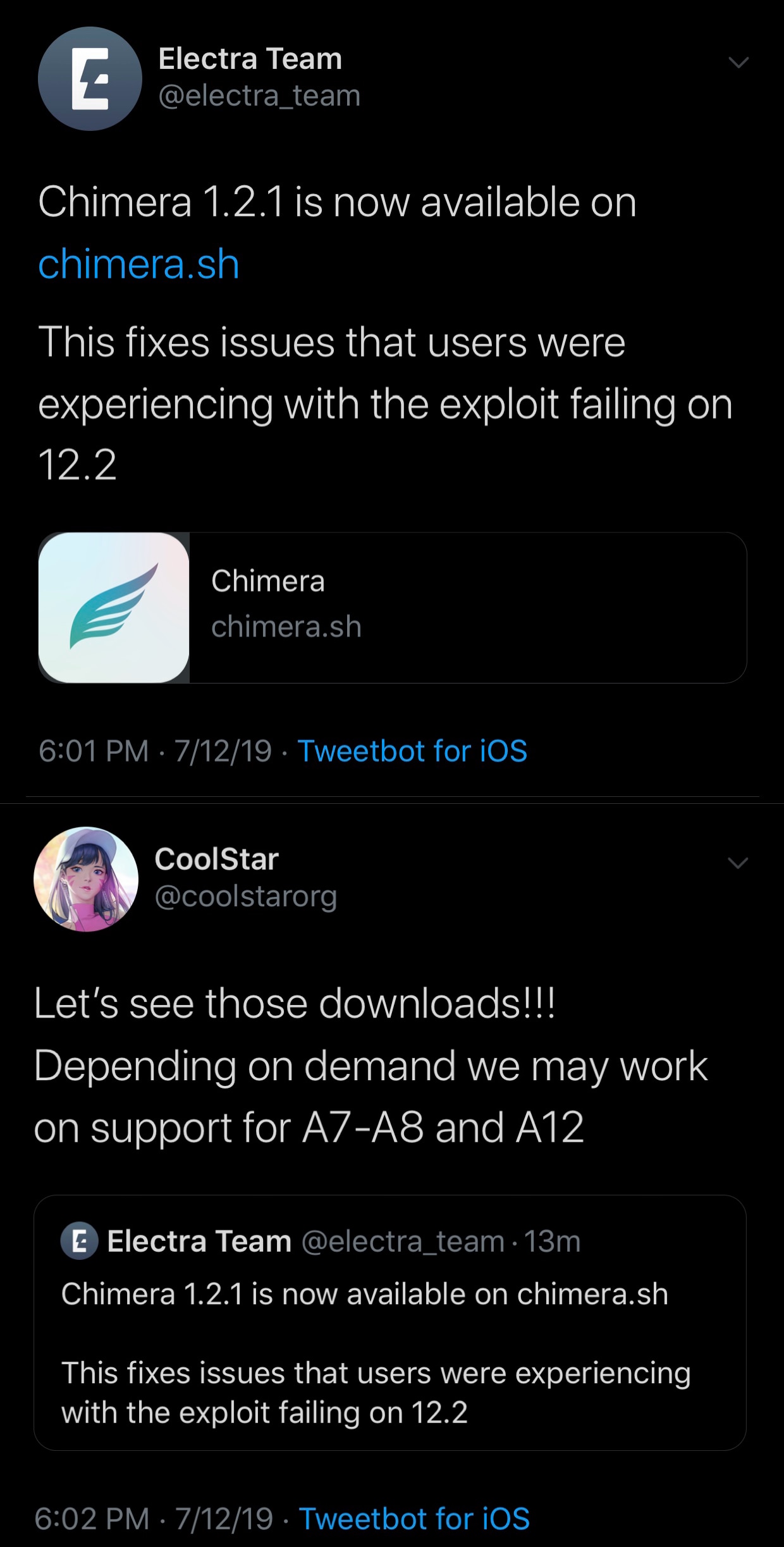 Citing the original Tweet, Chimera v1.2.1 fixes all the known issues that users reported while using the exploit to jailbreak devices running iOS 12.2. Shortly after the announcement, Electra Team lead CoolStar chimed in to note that, “depending on the demand,” the team may look into “support for A7-A8 and A12(X),” which certainly piques some interest.

If you’re on iOS 12.1.3-12.2, and you’ve been waiting to jailbreak with Chimera such that you could enjoy its Sileo-centric experience, then you can now download the latest version of the tool from the official Chimera website. Those using an earlier version can download and deploy the newest one at their discretion to take advantage of the improvements.

If you’ve never used Chimera to jailbreak an iOS device before, then you can follow the steps in this updated tutorial to learn how.

Has Chimera v1.2.1 resolves all the problems you were experiencing prior to using it? Let us know in the comments section below.